The Church and the Classroom Are Holy Places for Dr. Ray Penn 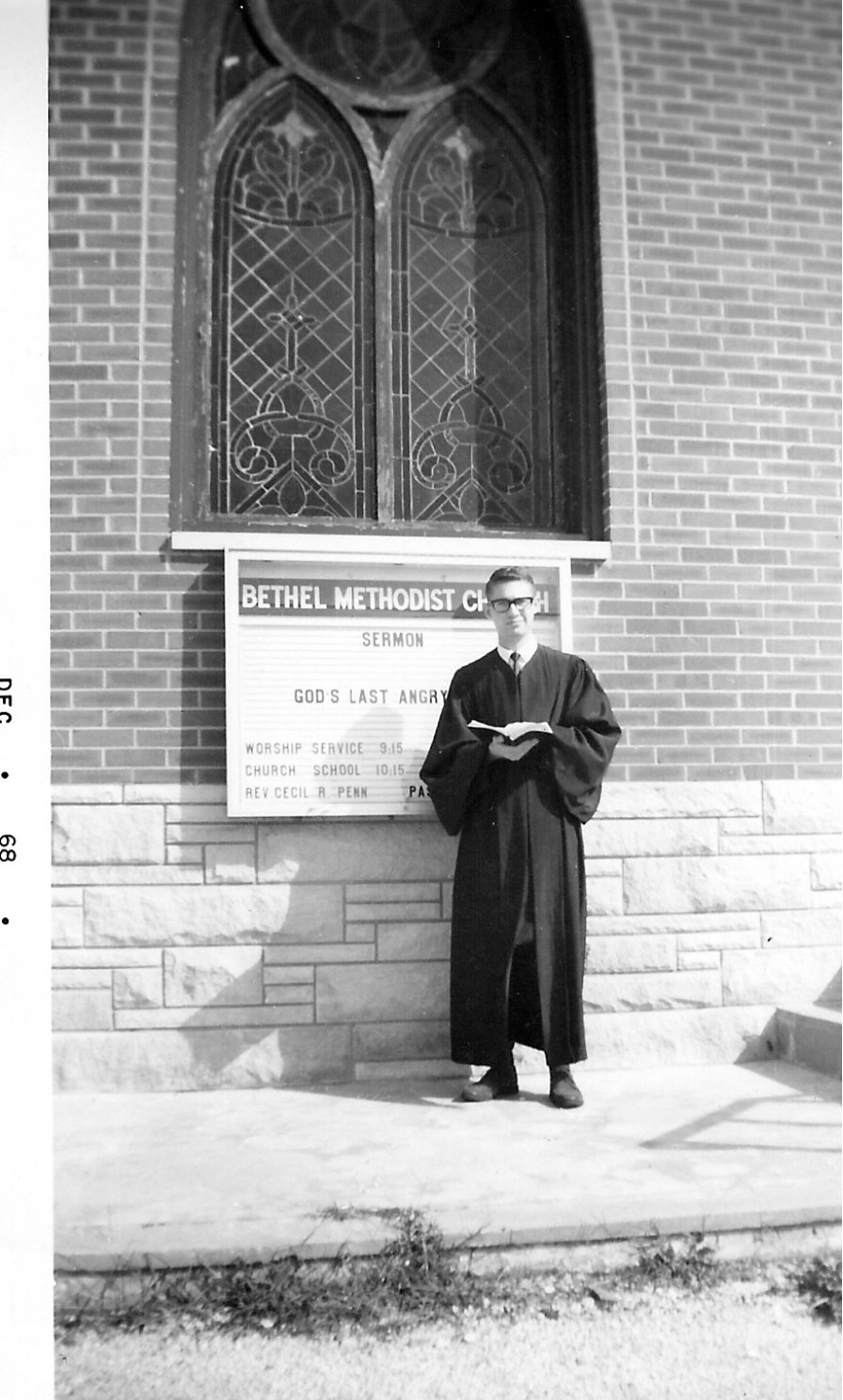 “To me, the greatest fun is helping someone else, but our culture doesn’t teach that,” said Dr. Ray Penn, a 2001 recipient of the Algernon Sydney Sullivan Community Member Award at Lincoln Memorial University. “Our culture teaches you to be self-centered, to do something nice for yourself today, that you ‘deserve this.’”

Penn, 72, sees things a little differently. A retired minister, college chaplain, hospital chaplain and professor of speech, philosophy and religious studies, he long ago discovered the joy of devoting his time, energy and prayer to serving others. This mindset was influenced by a seminary professor, Dr. Harry Taylor, who once told him, “We come into this world naked, bald and penniless. And we leave life pretty much naked, pretty much bald and pretty much penniless. And everything in the middle is stewardship—using what you have been given to help someone else.”

Much of Penn’s stewardship has been in the form of counseling. The major problems he has seen revolve around lack of purpose and suicidal thoughts. He regularly worked with individuals on the brink of committing suicide and walked alongside families who lost loved ones to suicide.

Related: Danielle Biggs: “Lean into Your Truest Self and Lead Out Loud!”

Now retired from formal counseling, Penn is a respondent for Quora, a question-and-answer website, where 80,000 users have read his responses to questions about the meaning of life, relationship issues and religion.

“What astounds me and pains me is how many young adults in their 20s and 30s say they have done everything they have ever wanted to and no longer have meaning in life,” he said. They often feel like a kid who can peer inside a candy store—where everyone looks happy and seems to be having a great time—but cannot find the doorknob, he noted.

“Talking about it and receiving proper medication will help you find that doorknob,” Penn said.

When Uncle Louie Comes to Visit
He speaks and coaches from personal experience, as he inherited depression from his father, who inherited it from his father. Penn first received medication for depression at age 50. “From then on, I actually knew what happiness was,” he recalled.

Penn found it both challenging and refining to be a spiritual father to many while experiencing such spiritual darkness. “It was an education in you-don’t-always-have-to-feel-the-presence-of-God,” he said. “Sometimes you have to hold on with your mind to what your heart is not feeling.”

To cope with it, Penn gave his depression a name, “Uncle Louie,” as an acknowledgement and reminder that it was not synonymous with himself—more like a relative who comes to visit. With regular medication and therapy, Penn has kept Uncle Louie further away and learned to recognize the triggers that may invite him back for a visit.

It was a Jewish psychiatrist who first prescribed antidepressants to Penn. Dr. Jerry Lemler met Penn when he joined Penn’s congregation for one Sunday. “Jerry used to say that our worship service, which included a confession of our sins, did more mental health work in an hour than he was able to do with patients in a week,” Penn remembers. “He said, ‘You don’t know how many people want to hear that they can be forgiven.’”

Along with teaching God’s mercy, Penn believes the best evangelism is relational. “I found it better to ask good questions than to make long statements,” he said. This includes giving people a space to name their feelings while guiding them to discover their own self-core. “It’s the grace that comes, that love that will never let you go, that love that will help you make it through.”

“People have written hundreds of books on happiness, and I pretty much know it comes down to just this: Happiness is like a bird,” he said. “If you try to run toward it, it will fly away. If you put yourself in the center and want something to make you happy, it will fly away. But if you throw your life into helping others, happiness will perch on your shoulder. Happiness is a byproduct of servanthood.” 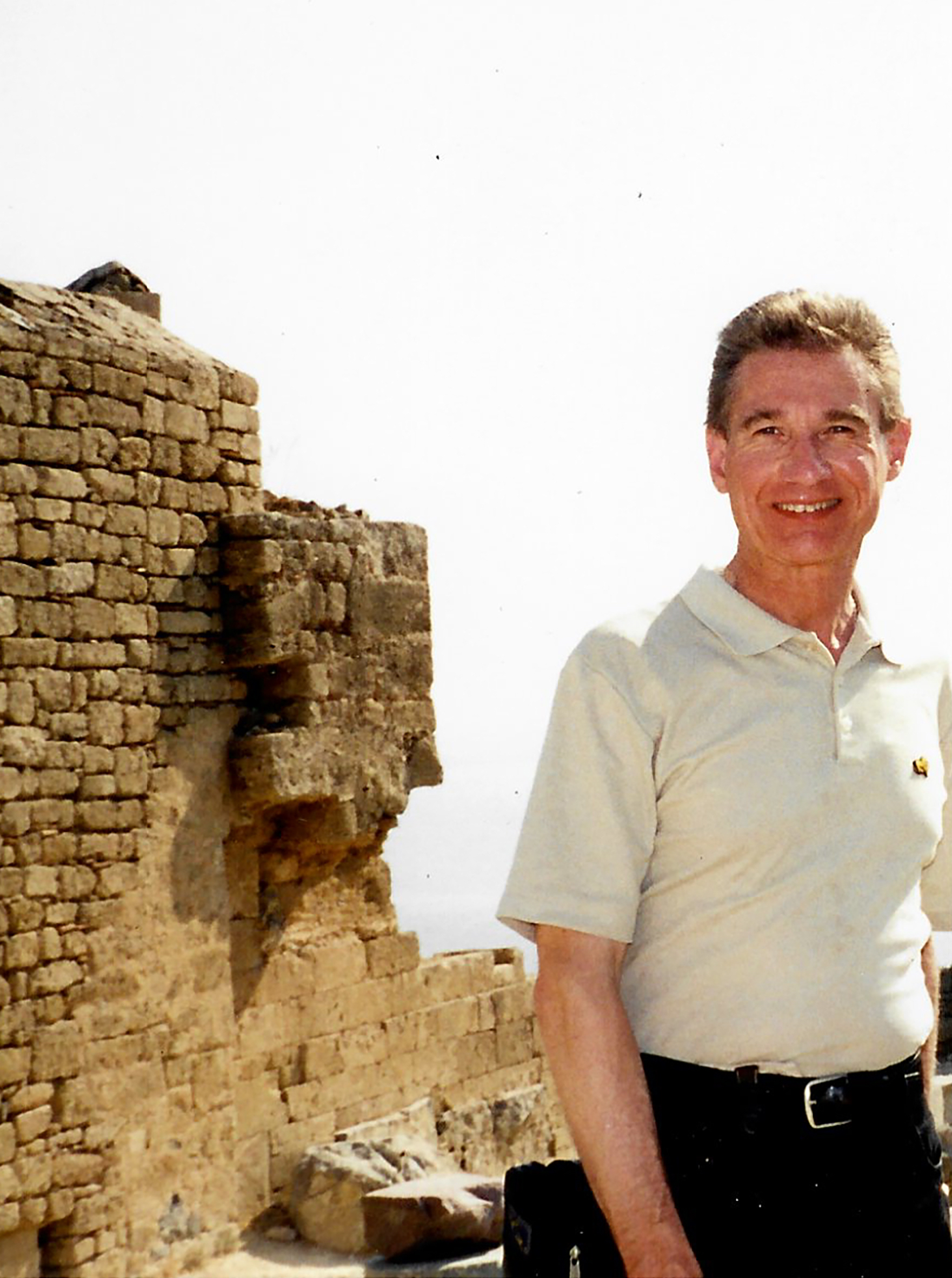 During a trip to Greece, Penn posed for this photo in the spot where the apostle Paul preached to the Athenians near the Parthenon.

Ironically, Penn, an only child, wasn’t raised in a Christian home. Quite the opposite. His mother was Roman Catholic, but his dad forbade her from wearing Christian jewelry or having any religious paintings or statues in the house.

He grew up in Loda, Illinois, a hamlet of just 520 people. His mother, who had a sixth-grade education, taught Penn to read early on, and his favorite entertainment was going to the library.

As an eight-year-old, he also loved exploring their house. “In my mom’s closet, she had this picture [that showed] Jesus’ heart bleeding for others,” he said. “Later, in a dream, that Jesus came to me and just called me by name.”

Penn was a Christian from then on, attending the local Methodist church with his maternal grandmother. After suffering a broken leg, Penn had to be pushed down the alley in a heavy, wooden wheelchair. Men in the church then picked up his chair, carried him over the stairs and placed him in the corner to worship. “I didn’t know what was going on, but I knew it must be important for my grandmother and those men to do what they did,” Penn said.

Those same men eventually became like fathers to him. Each year, one of the men bought an extra ticket for the father-son banquet and took Penn to the event as their own. “They never made it feel like a charity case, and those men mentored me in the faith,” he recalled. 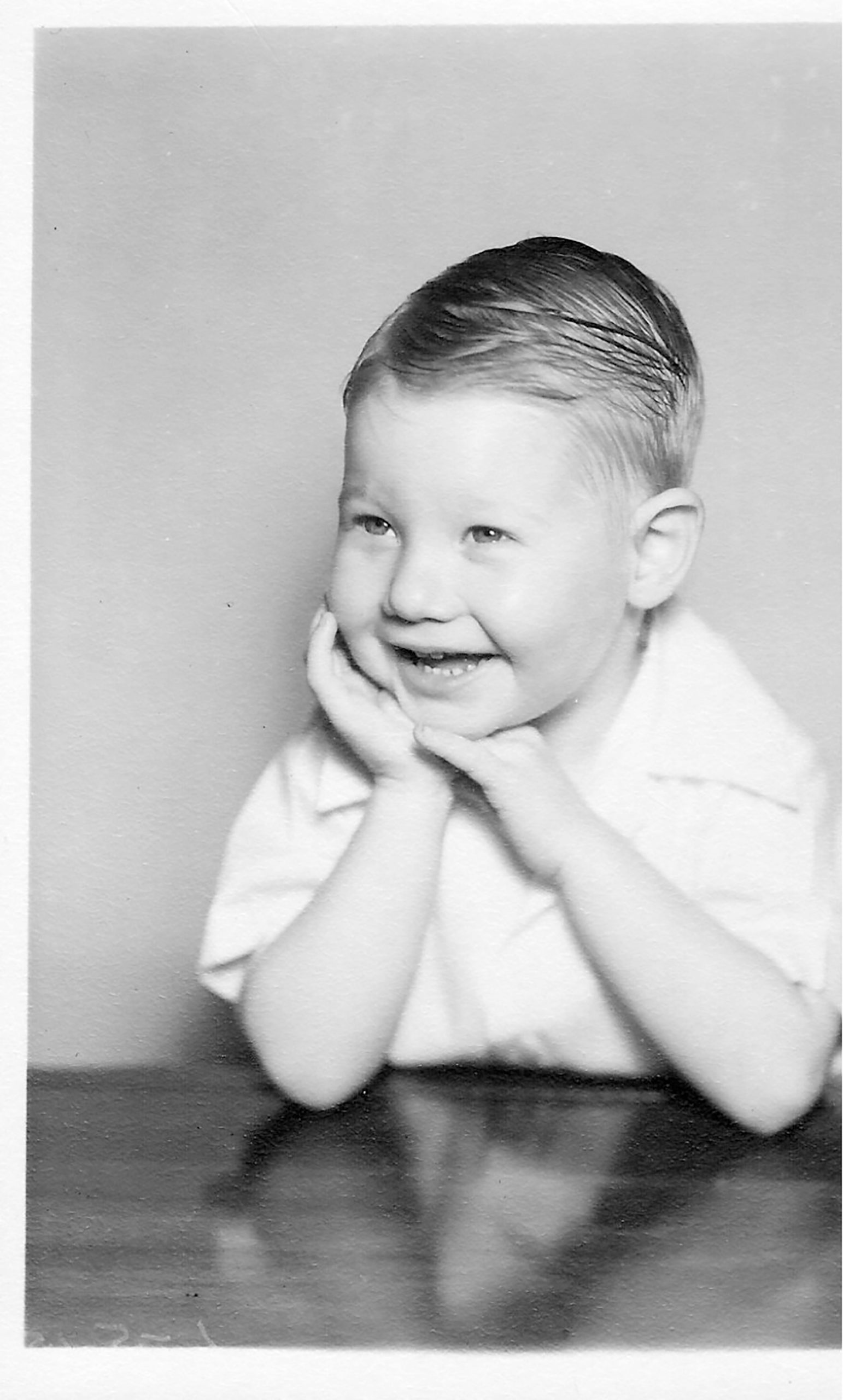 Dr. Penn at the age of 4, after being injured by a car

When Penn was 15, his minister, Reverend Marvin Snapp, gifted him with the book, “Conversion,” by E. Stanley Jones, which Penn read during his first-period class at school. “It was not a revival that brought me to Christ,” he said. “I just felt enveloped by this love that will not let me go.”

Decades later, people sometimes ask him: Doesn’t college ruin faith? “I have seven degrees, and nothing has ruined my faith yet,” he said. “You have to know how to defend your faith, which I help students do. I have not learned anything that is true that has ever challenged my faith.”

Penn felt called to teaching after 10 years in pastoral ministry. “There is something important to me about the classroom,” he said. “I always dress up for holy places—church and the classroom.”

He taught at Radford University in Virginia beginning in 1986. After 11 years, he returned to ministry in Tennessee, pastoring a church across the street from Lincoln Memorial University, where he was a professor of philosophy and religion for 13 years. It was there that he received the Sullivan Award in 2001, honoring his counseling and ability to motivate students.

At the ceremony, Penn admits he found himself gazing off into the bleachers as he waited for the ceremony’s end, when he would deliver the benediction. “When they listed the academic credentials of the [Sullivan Award recipient] and mentioned McDendree College, I wondered who else on the faculty went to that college. By the time they mentioned Wesley Seminary, I was utterly shocked to realize it was me. I was totally speechless, which is a rarity for me.”

“The award confirmed that when you focus on making others happy, then happiness comes to stay in your life,” Penn said. The award plaque now hangs on the wall of his office, and the Sullivan Medallion sits on his desk. “The award is a permanent reminder that others saw how my life has brought happiness to others. The fact that others were watching that still surprises and blesses me.”

Penn’s teaching style was dynamic and vibrant, always striving to engage students. For some lectures, he showed up wearing items from his large collection of hats and costumes. “I will do anything to keep the interest of students, in some cases waking them up, to get them excited about what I’m excited about,” he said.

His students surprised him almost every day in the classroom. “There’s this wonderful electric moment where everyone in class knows you’re talking about something important, and some student responds to my question in a way I have never thought about before.”

“I’m sort of a romantic,” Penn added. “I look at these students, and it’s my way of shaping the future.” Students need more than just a professor, he believes—they need a role model, someone standing with them at the crossroads of life. “You’re not just teaching the mind,” he said. “You’re helping to mold character.”

Penn married Gretchen Hakola in 2009 after meeting her at Northwestern University. Today, they’re retired and living in LaFollette, Tennessee. Every week, they go to the movies together at the Regal in Knoxville. He’s also working on his autobiography and teaches a radio course in an adult continuing-education program.

Reflecting on the self-quarantine induced by COVID-19, he said, “I have learned how important connections are. It has dangled in front of us, a need every day to think about everyone else around us … the fact that we’re connected to others.”

The past year has been a sobering one for Penn as he has witnessed his peers struggle with isolation. “We need to keep reminding ourselves that we’re connected to everyone else in this country and in the world,” he said.

“The Sullivan Foundation has a hard road to changing this self-centered attitude in our culture,” he added. “I’m honored to help it in any way I can. There has to be a counter voice to the voices of self-centeredness and selfishness.”