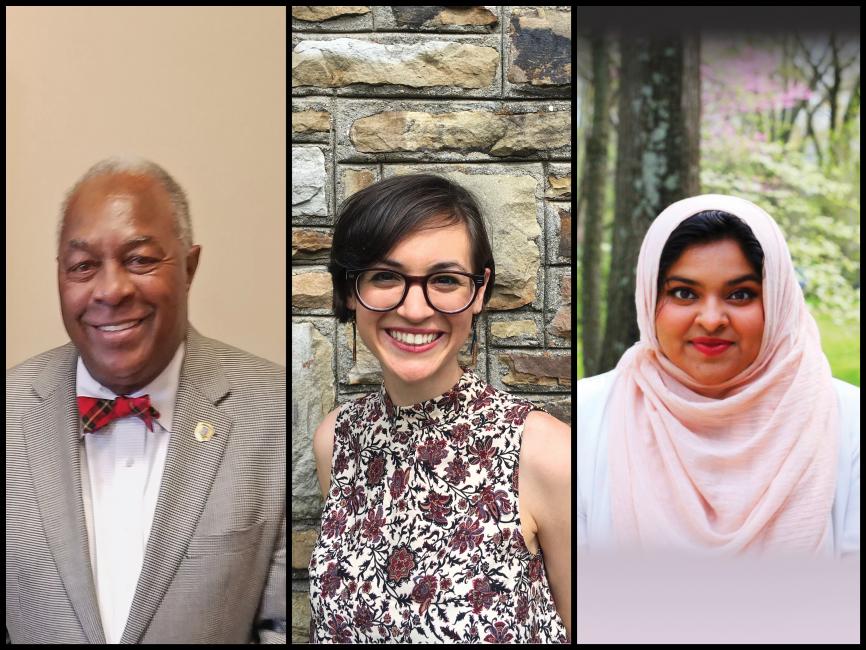 Sullivan Foundation partner school Rhodes College has conferred the Algernon Sydney Sullivan Award and the Mary Mildred Sullivan Award on two students and one community member for the 2019-2020 school year.

Maggie Palopoli, a biology and molecular biology major and religious studies minor from Covington, La., has dedicated her time at Rhodes to service and love for members of the community around her.

As a board member for the Rhodes chapter of the Food Recovery Network, Palopoli has demonstrated her commitment to feeding the Memphis community while reducing food waste. As a former Kinney coordinator doing work with interfaith organizations in Memphis, she helped build relationships with—and expose students to—the work of many community partners in Memphis. As a Resident Assistant, she ensured the safety of other students while serving as a source of emotional support for her residents.

Related: Steffi Kong, recipient of the Mary Mildred Sullivan Award at Converse College, “excels at everything she does”

During her semester abroad, Palopoli focused on researching how the Italian healthcare system cares for the Muslim migrant population in Bologna and how the system could be improved to treat patients more ethically in populations of varying religious and cultural backgrounds.

Palopoli’s peers said her incredible compassion for everyone she meets is obvious to all who interact with her and that her kind nature shows in her commitment to the Rhodes community and to Memphis at large.

Saneela Tameez, a psychology major and political science minor from Memphis, Tenn., has been a strong advocate for an inclusive campus focused on the needs of Rhodes students. Her work with the Muslim Student Association has helped bring awareness to issues the Muslim community faces.

A member of the Class Council, Tameez coordinated campus events including Pizza and Politics discussions, where she used her diplomatic skills to help facilitate scholarly conversations on campus. She is passionate about justice and fairness for those most vulnerable and truly cares about those around her.

Tameez has served as a Peer Assistant and has mentored new students and gone out of her way to ensure that all students feel like Rhodes is their home. Her peers describe her as a ray of light, a role model and an advocate in every sphere she is involved in on campus. They said Tameez tilted the scales of Rhodes culture to be more loving, considerate, and vocal to injustices.

Aubrey Howard, the recipient of the Sullivan community award, has always made himself available to serve his alma mater. A mentor to many Rhodes students and alumni, the Memphis resident has always been willing to share career and networking advice, having had extensive experience in banking, commercial development, non-profit leadership and city government.

Active in the Rhodes Alumni network, Aubrey served as a member of the Alumni Executive Board and as the inaugural president of the Black Alumni Chapter, providing extraordinary leadership and guidance to the college in its goals to become more diverse and inclusive. He recently served as a member of the college’s 20-30-50 Planning Committee and has expanded the college’s network of support in both local and national circles.

Rhodes College President Hass said, “We are grateful for Aubrey Howard’s courage, resilience, energy and leadership. He has been a friend and mentor to generations of Rhodes students. His love for his alma mater is visible to all who know him.”