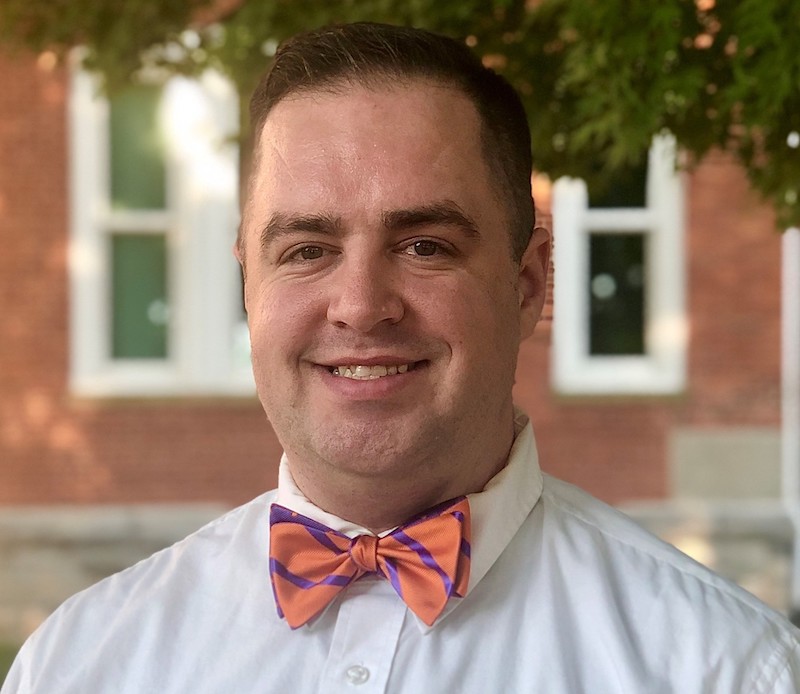 When Robert O’Hara, then a senior at Sullivan Foundation partner school Coker University, got word that the provost wanted to speak to him about something, he got nervous. Was he in trouble? What had he done wrong? In this humorous reflection, O’Hara shares the story of how he learned he was the recipient of the 2010 Algernon Sydney Sullivan Award and explains why he has built his career around helping college students find their way.

What do you remember most about receiving the Sullivan award? Were you surprised? What do you think you did to receive the award?

O’Hara: I remember it being a few weeks before graduation my senior year, and I was in the library working on final projects and papers. I practically lived there from February to May in my senior year. That’s when I received an email from the administrative assistant for the provost and dean of the faculty. The admin was letting me know that Dr. Lincoln, the provost, wanted to meet with me and that I should drop by as soon as possible.

Needless to say, weeks from graduation and the provost requesting to meet with you is almost the same as a parent cold-calling you to see what’s going on. I was running through everything I had done the past four years, trying to craft a defense if I needed it. Luckily, her office was behind the library, so I replied that I was on my way and rushed over there. I rounded the corner, breathless, and saw the admin smiling. She said Dr. Lincoln would be right with me. A few minutes—which felt like several lifetimes—later, and I was sitting in front of the provost’s desk.

Related: The church and the classroom are holy places for Sullivan Award recipient Dr. Ray Penn

She slid the door closed, turned and said, “Well, Robert, I’m afraid to say that you have been nominated and chosen by the faculty as the student recipient of the Algernon Sydney Sullivan Award.” Had I not been so shocked and surprised, I probably would have burst into tears.

I spent time over the next few weeks thinking about what I had done to receive the award. I think the biggest factor in my nomination for the award was my inclination towards servant leadership—although not really knowing what that actually was at the time. But, throughout my involvement in college, whenever I did things, I involved a variety of people. It didn’t matter if it was inside or outside the classroom; I encouraged, pushed and helped those around me, taking the “we are more than the sum of our individual parts” approach.

Tell us about your career and what you do now. Why did you go into this particular field?

O’Hara: After graduation, I took a semester-long break and then started a higher education/student affairs master’s program. Then I worked in Housing and Residence Life for a little over five years before going back to school full-time for my Ph.D.

I chose student affairs as a way to give back to students. As a first-generation college student, I wanted to help students create lasting experiences and memories of their college years and serve as a mentor to them. Currently, as a Learning Sciences Ph.D. student [at Sullivan Foundation partner school Clemson University], my research focuses on fostering a sense of belonging and creating inclusive environments for STEM undergraduates. My fascination with how students learn and develop is the driving force that keeps me in academia.

O’Hara: The social issues that matter most to me today are the underlying structural, ideological and cultural systems at play that oppress peoples based on socially-constructed identities. Some examples include racism, homophobia and sexism.

O’Hara: Take full opportunity of the experiences offered in your education and find some failure along the way. Learn, grow and teach others. Sit in the discomfort of learning and embrace those moments of silence. But fight passionately for what you believe in and lift up others who aren’t able to fight with you. One thing I’ve learned as an adult—something that I wish I had known earlier—is how fast it all goes by. Take pleasure in the day-to-day moments.