When Rose Bisanar Bowden graduated from high school, she didn’t have a plan. It was the tail end of the Great Depression, and as the youngest of five children, she knew her parents couldn’t afford to send her to college. But for a girl who loved learning and loved to read, spending the rest of her life on the family farm in Machpelah, N.C., wasn’t an option either.

Bowden’s cousin came up with a solution. She attended a Presbyterian church in Lenoir, and the minister of the church was on the Board of Trustees at Lees-McRae. The two girls made a pact to attend the college and room together, but Bowden’s cousin got married instead. Bowden was accepted into the medical secretary course with a $50 scholarship. To cover the rest of tuition, she worked two days a week, along with most of the student body. 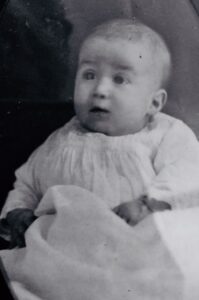 Rose as a baby

“In those days, nobody had anything, which was why we bonded together so well,” Bowden said. “We knew everybody’s family—mom, daddy, and all the siblings.”

Bowden, who turned 100 years old on June 17, is the oldest living alumna of Lees-McRae College, a Sullivan Foundation partner school. Throughout her life, she has remained a staunch supporter of the college, frequently attending campus events and maintaining relationships with other graduates.

While at Lees-McRae, Bowden studied to be a medical secretary and worked in the medical records department at Grace Memorial Hospital on campus. She was drawn to the medical records program because she loved medical science but wasn’t interested in being a nurse. “I’ve always been curious about the body,” she said. “Anatomy fascinated me.”

Beyond academics, Bowden was heavily involved in campus life. She was part of the Sullivanian Sorority and a member of the debate class. She was also elected the secretary-treasurer of the Student Council. “Student Council was a surprise to me. I have no idea who put my name in,” she said.

Most of Bowden’s fondest memories from Lees-McRae revolve around the friends she made and the people she met. She and the five other female students she shared a suite with in Tennessee Hall referred to themselves as the “Chatterbox Suite,” because “there was a lot of chatter,” according to Bowden. The suitemates took a shirt around to men on campus and asked them to sign their names, then the women embroidered the signatures. The embroidered shirt is currently in the possession of the Lees-McRae alumni office. 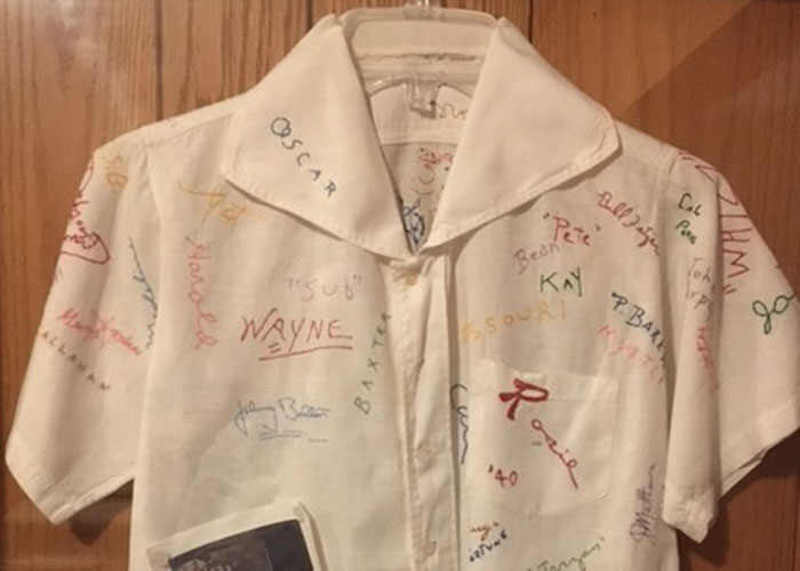 Another popular campus event was “Rat Week,” where the first-year students had to do anything the second-years told them to do.

“If the second-years told you to bow down when they walked by, you had to do it,” she recalled.

The bonds between Bowden and the friends she made at Lees-McRae lasted long after she graduated in 1941. At Homecoming one year, Bowden reconnected with a friend she hadn’t seen in 40 years, and it was like no time had passed. “Her husband couldn’t believe it,” Bowden said. “He said it was like we talked to each other yesterday.”

Bowden also became close with Margaret Tufts Neal, the daughter of Lees-McRae founder Rev. Edgar Tufts, who taught at the college. She remained close with Neal and her husband Paul throughout their lives.

“I used to bake Paul a rum cake every time I headed to Banner Elk,” Bowden recounted. “He said, ‘Margaret cuts slices you could read a newspaper through.’ He wanted big hunks.”

Although Lees-McRae was a two-year college at the time, medical-records students stayed on an extra year to complete an internship with the college. After graduating, Bowden received what was an uncommon opportunity for the time: She was invited to apply for a position at a small hospital in Alabama.

“You would have thought I was going to a different planet, back in those days,” Bowden said.

The hospital, located in a little mill town, had recently failed to become accredited because it lacked a record organization. The accreditor told them about Lees-McRae, and Bowden was the only recent graduate willing to move so far away.

In an interview with Ninety Over Ninety, a project that records the histories of nonagenarians, Bowden recounts the interview with the surgeon who also owned the hospital. “He asked me two questions,” she remembered. The first question was what religion she practiced. When she said Methodist, the doctor said his wife taught Bowden’s age group in Sunday School and would pick her up in the morning.

“The next question was, ‘Do you smoke?’ as he puffed away,” Bowden continued. “I said ‘No, sir.’ That was my interview.”

Her employer proved to be an excellent boss, and Bowden claims he “ruined” her for other employers. “He treated me like the daughter he never had,” she said.

Eventually, Bowden was joined by fellow Lees-McRae alum Sue Woodside Ruffin, and the two worked together to found the first medical records association in Alabama. During World War II, the hospital received a government contract to manufacture uniforms for soldiers. Employees who participated earned bonuses up to 45% of their regular salary.

In 1945, Bowden married James Thompson Bowden, and in 1952 the couple moved to Gastonia, N.C., where they raised their four children. Bowden found work in the administration office of a local children’s hospital. Once it closed, she worked in mental health for thirty years and finished her career with 10 years at Gaston Memorial Hospital.

Bowden didn’t slow down after retirement. Her oldest daughter’s husband served in the Navy, and Bowden flew out to Guam to visit them on his deployment. During the trip, the family also visited Japan. For her 80th birthday, Bowden’s children booked her a trip to Germany, where she has always wanted to visit, and when her son went to Ireland for work, Bowden knew she had to come along. 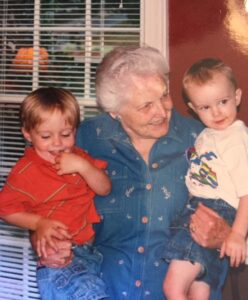 Rose Bowden with her great-grandchildren

Bowden also stayed heavily involved in Lees-McRae. She is the class agent for the class of ’41 and has attended Homecoming and Frolic regularly through the years. As time went on, Bowden became close with the “younger ones,” as she calls the alumni from later classes, and they took her in.

Pat Tilley, the agent for the 1955 graduating class, is one of those younger alumni who has developed a connection with Bowden. “I just admire her so much and am thankful that she is so ‘with it’ at 100 years of age,” Tilley said. “She is my guiding star!”

At a time when higher education was out of reach for many, Lees-McRae gave Bowden the training necessary for a long and successful career—and friendships and memories that have lasted a lifetime. The world and campus have changed drastically over the last century, but Bowden’s commitment to her college, and to learning, have remained strong.

“I come from a family that believes in education,” she said. “You can never stop learning.”

This article has been edited slightly from the original version appearing on the Lees-McRae College website.