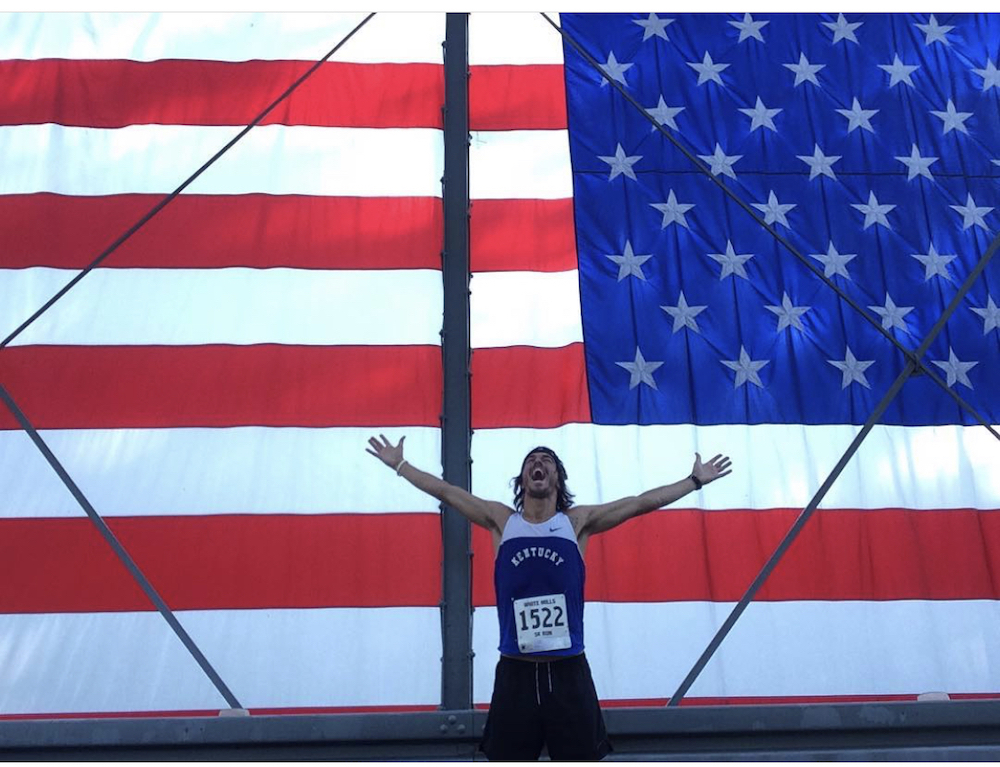 Josh Nadzam, a 2012 Algernon Sydney Sullivan Award winner and graduate of the University of Kentucky, has never been the kind of person who runs away from problems—he runs to solve them. Raised by a single mother in the housing projects of Pittsburgh, Nadzam used his talent and skills as a scholar-athlete to escape grinding poverty, winning a full scholarship with the Wildcats’ track and field team and becoming one of the top milers in the SEC.

More recently he ran to bring awareness to another problem: police brutality and racial inequity. Nadzam, a social entrepreneur and cofounder of On the Move Art Studio in Lexington, Kentucky, ran 26 miles from Lexington to Frankfort, Kentucky, in a fundraiser for the Kentucky NAACP on Friday, June 19. Despite conceiving and organizing the event in less than a week, he ended up raising more than $7,000 from 130 donors. Prior to the marathon, we asked Nadzam to talk about his commitment to social justice, the Black Lives Matter movement and his belief that “an injustice to one is an injustice to all.”

Sullivan Foundation: What inspired you to take this on? How did you get the idea?

Josh Nadzam: Racism, discrimination and the injustices experienced by black Americans are completely unacceptable, and I want to do everything I can to play my role in dismantling the systemic structures that perpetuate these issues. I want to be an ally, fight for social justice, and make our country welcoming and fair for all Americans. I’m always trying to think of various ways I can effect change, so in addition to policy changes, protests, and other forms of activism, I believe each one of us has a set of skills we can use to contribute to the cause. Mine happens to be running. So I thought I could raise awareness for this issue and also raise funds for an organization that is constantly fighting this battle by running from my home city to our capitol in Kentucky. 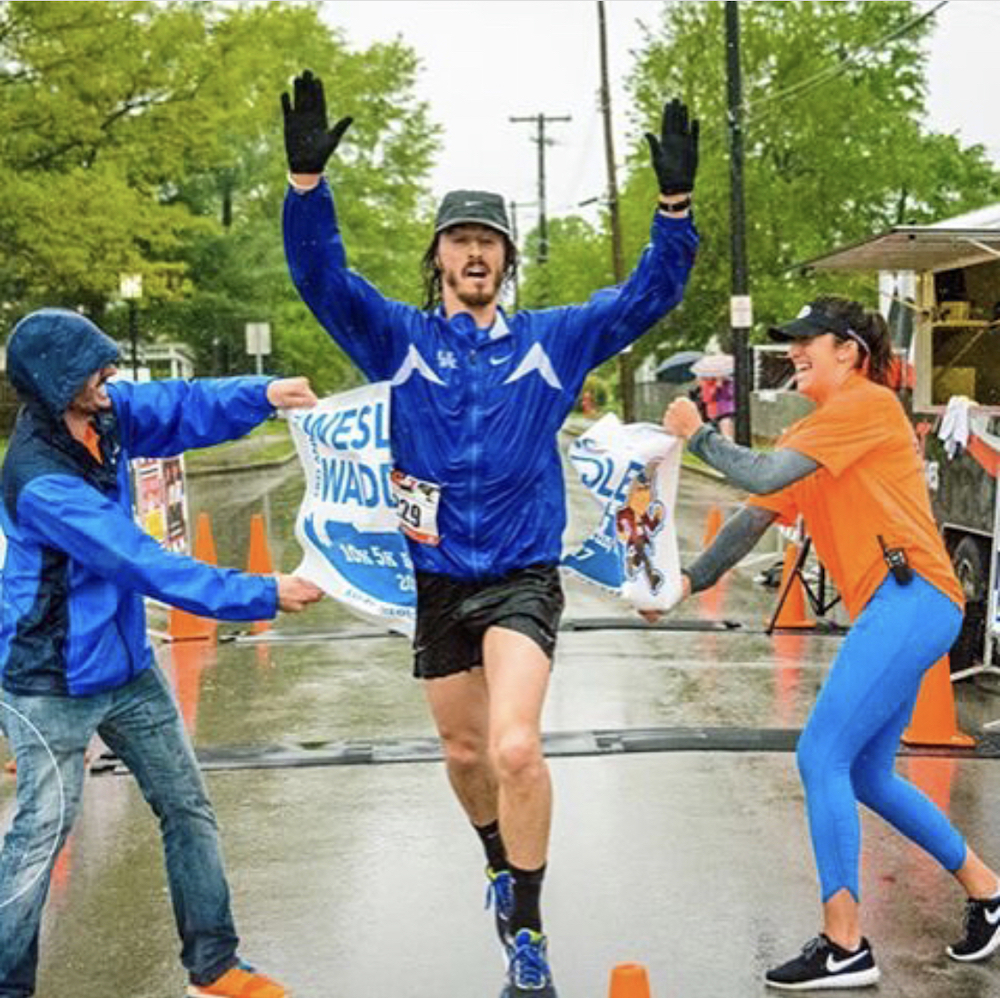 Josh Nadzam crosses the finish line in the Wesley Waddle 5K Run in 2017.

Sullivan Foundation: What does the Black Lives Matter movement mean to you personally?

Nadzam: To me, it is an expression that the black community feels like their lives do not matter as much as other lives. It’s a rallying cry to draw attention to deep, systemic issues that have existed for centuries. One of my favorite quotes is, “An injustice to one is an injustice to all.” So, while I’ll never be able to relate to what it is like to be black in America, if anyone hurts in America, then I hurt, too. Their pain is my pain. We’re all in this together, so I won’t rest until we fix this.

Sullivan Foundation: I know you’re a physically fit guy, but 26 miles! Wow! Will this be a breeze for you, or do you see it as a serious challenge?

Nadzam: It’s definitely going to be challenging, but, fortunately, I’ve run a few marathons before which are 26.2 miles, so I at least have an idea of what it’ll feel like. But it’ll still be hard—and very hot that day!

Sullivan Foundation: Do you have other people running with you?

Nadzam: There is at least one other person who is going to run the whole way with me. A few others have expressed interest in running a portion of it with me. I wish we could have a ton of people run, but, unfortunately, there isn’t really a safe route to run from Lexington to Frankfort with a large crowd.

Sullivan Foundation: As more and more young people begin to join this protest movement, what do you think they need to know to serve as effective allies?

Nadzam: I think what we all need to do as effective allies is to listen, be humble, approach these situations without defensiveness, and recognize as white people that we have privileges that allow us to navigate America in a much different and safer way than people of color. Also, this fight is a marathon, not a sprint. While it is “trending” right now, this issue is going to take decades to resolve. We need everyone to get engaged and stay engaged long after this conversation fades away from the national spotlight.

Postscript: Ten people joined Nadzam for part of the 26-mile run with one person, Gavin Galanes, completing it with him. “The sun was unforgiving, and there was no shade the entire way,” Nadzam later posted on Instagram. “I got pretty sick once I was home, but it was all worth it.” 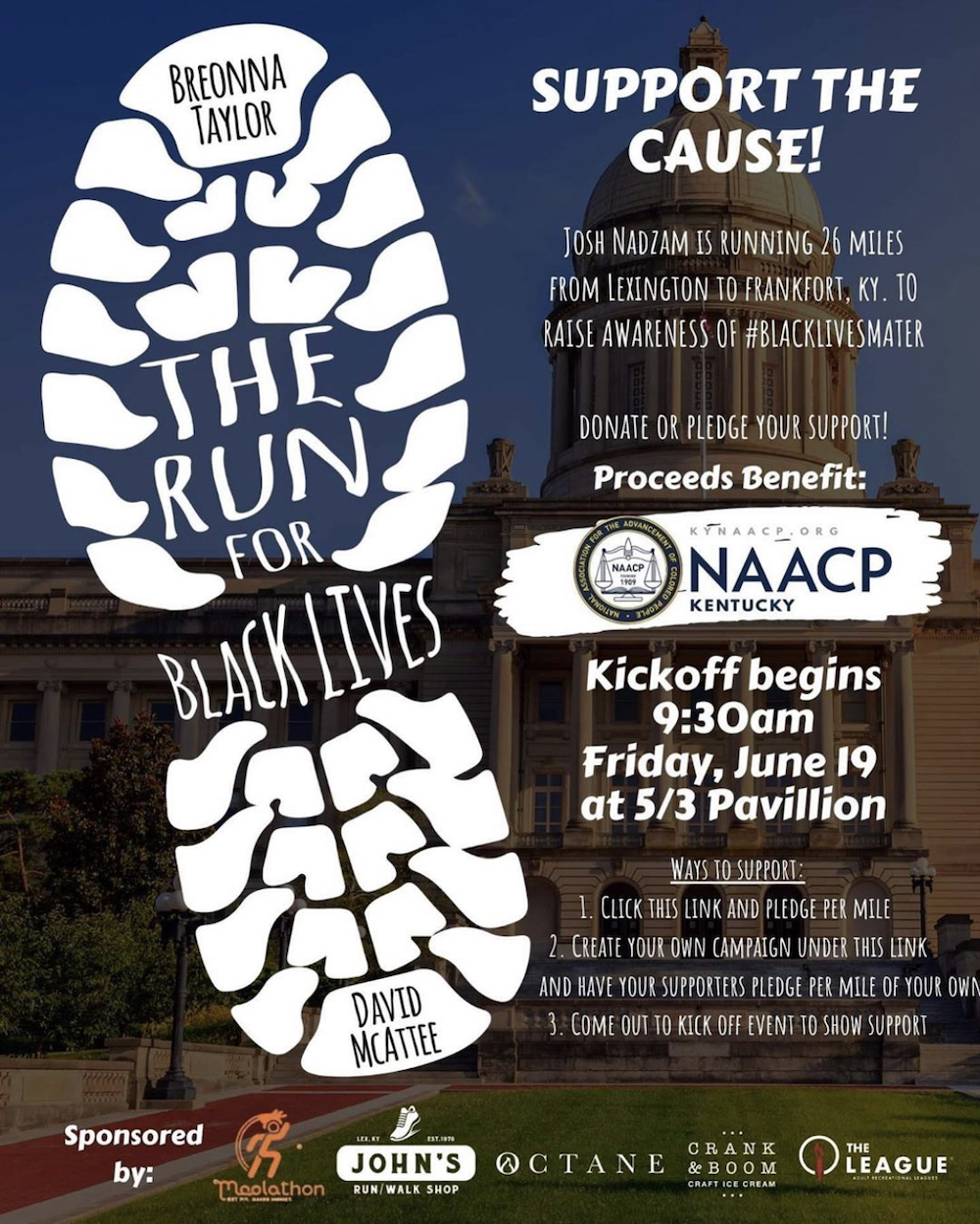