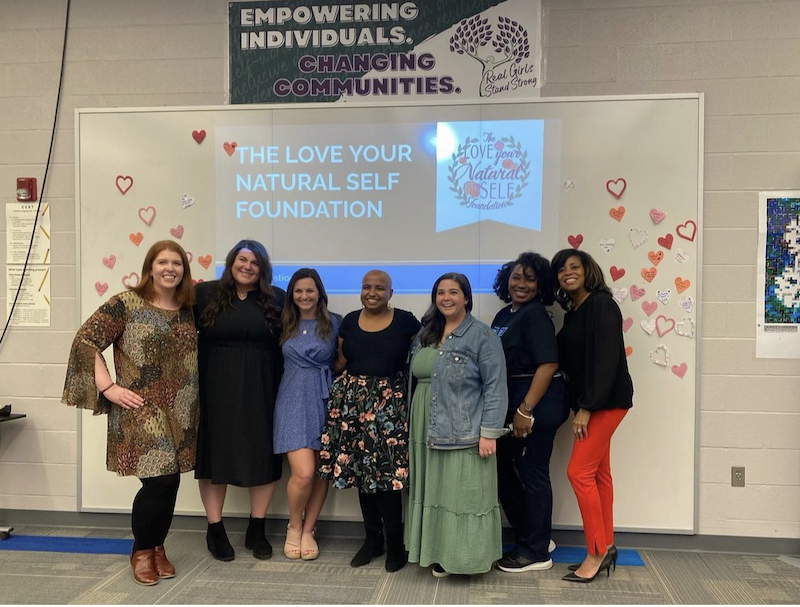 Sanah Jivani, a featured speaker at the Sullivan Foundation’s upcoming Spring 2022 Ignite Retreat, is the founder of the nonprofit Love Your Natural Self Foundation and the creator of the International Day of Self-Love (originally called International Natural Day) in 2012. At the spring retreat, taking place April 1-3 in Staunton, Va., Jivani will share her childhood experiences with alopecia, an autoimmune disorder that leads to permanent hair loss, and how she founded her nonprofit as well as her work as community engagement manager with Generation Hope in Washington, D.C.

Jivani was a student in the Honors College at the University of Texas-San Antonio when Sanctuary Magazine featured her in its 2018 Focus on Youth section, which spotlights aspiring artists, philanthropists and civic leaders who “have demonstrated outstanding commitment to their community or craft.” Myrna Beth Haskell, managing editor of Sanctuary Magazine, spoke with Jivani about her alopecia diagnosis, her journey from self-hate to self-love, and her nonprofit organization. This article has been republished here with permission from Sanctuary Magazine.

Click here to read the original article in Sanctuary Magazine.

Haskell: When were you diagnosed with Alopecia? Tell me about a few of your early struggles with this condition.

Jivani: I was diagnosed with alopecia at age three. I have a memory of my mom doing my hair and finding a little patch that was missing. She was freaking out and called my siblings into the room to look at it. I knew from an early age that something was kind of different about me.

My mom would do my hair different ways to hide the bald patches. It would take like an hour, and sometimes the styles would come out during the day. The patches would grow back, but in the 7th grade things changed. It was spring break, and I noticed several spots. Then, a few days into the vacation, I woke up with so much hair on my pillow. I didn’t want to touch my head. I was terrified of what I might see. I didn’t even want to go downstairs. We immediately went shopping to get a wig, but it was this cheap kind, and it actually made me stand out more.

I experienced a lot of bullying. That first day after spring break, all eyes were on me. I would walk into a room, and the room would go silent, so I knew they were talking about me. Then, this Facebook page went up asking people to guess why I was wearing a wig. People would write things like “she wants to be cool” or “she wants to get attention so people will notice her.” But the very last thing I wanted was attention. They would also leave notes on my locker.

Related: Learn more about the Spring 2022 Ignite Retreat and sign up here before March 14.

I had to find a way to feel like I was getting control back. I knew that I could do anything I wanted to my own body. I was barely eating, and this moved on to throwing up before school and during school. I also started cutting.* It’s hard to explain, but every other part of me was hurting, and this was a way to make me feel in control of the pain. So, I would punish myself, and, afterward, I would feel worse. It was an addiction. I was hiding it with big rubber wristbands that hid the cuts on my wrists, or I would cut in places others wouldn’t see, like my upper thigh. I felt suicidal, and my attendance at school dropped. I missed almost half the school year because I just didn’t want to get out of bed in the morning. I was eventually diagnosed with depression.

Through all of this, I still had some friends, and my friends were noticing that I was engaging in self-harm and finally said something to a school counselor. The school contacted my mom, and she found a counseling center with a therapist who specialized in adolescent self-harm and eating disorders. I began to learn that there are so many other strategies to cope, but it took a long time to recover.

Talking about it helps me. I’m six years clean now, but it was a difficult process. There’s so much stigma around mental health. I want to get the word out to others that they’re not alone and should find someone to talk to. It’s so important to find the right specialist who specifically deals with what you’re experiencing.

*Cutting is a type of self-injury (or SI). People who cut often start cutting in their young teens. Some continue to cut into adulthood. Some people cut because they feel desperate for relief from bad feelings. People who cut may not know better ways to get relief from emotional pain or pressure. (Teens Health: Nemours Foundation)

Related: Sanah Jivani: How this Ignite Retreat speaker learned to love her natural self 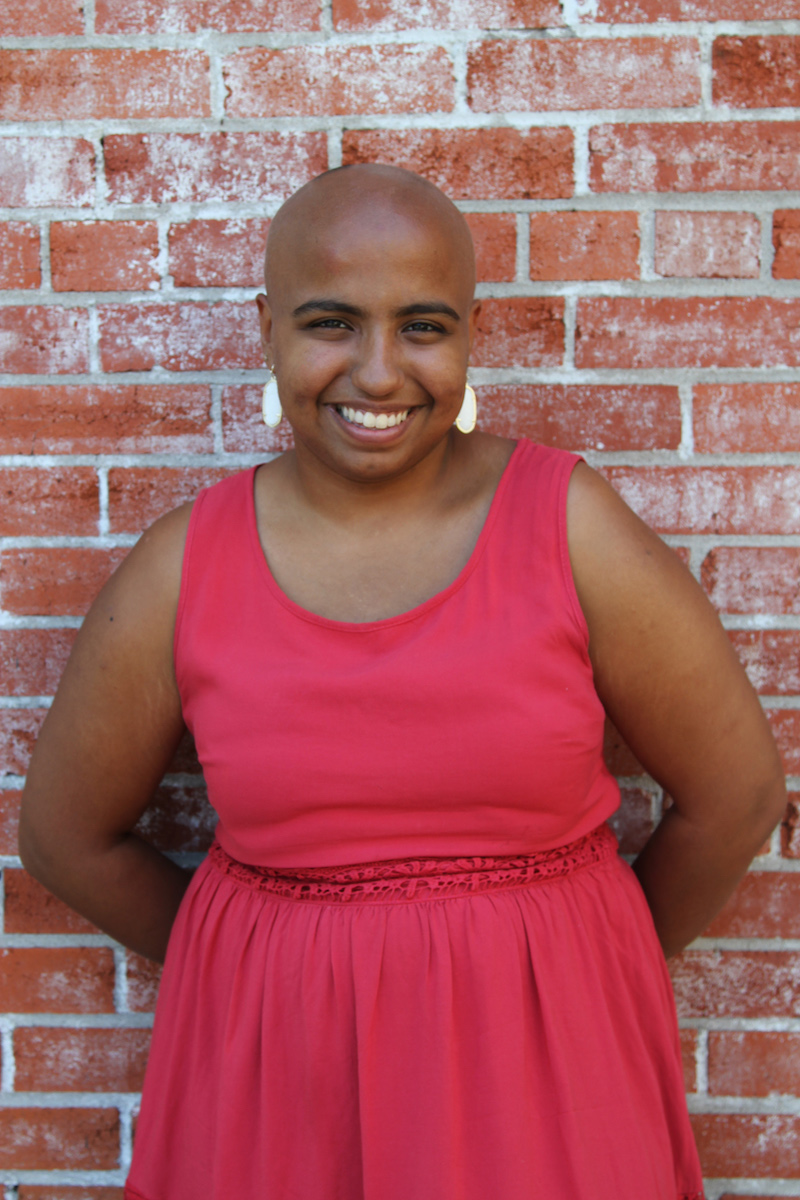 Haskell: What inspired you to finally put down the wig and celebrate your natural self?

Jivani: The trigger was when my mom got a letter from my school saying I was going to have to repeat the 8th grade. I knew this just wasn’t me. I had always loved school, but it finally registered that I had lost that love of learning. I wanted the ‘girl who loved school’ back.

I started feeling strong and empowered again, so I began taking the wig off at certain times—like during a pool party.

Haskell: When did you decide you wanted to help others with their self-esteem?

Jivani: Before the first day of high school, I ended up posting a video on my Facebook page—only one take—I just spoke from my heart. I pulled the wig off in the video and said, “This is who I am.” I was so young and so scared. I went to school the next day, and I hadn’t read any of the comments people were posting. I was afraid of what I might find. Then, some of the students came up to me and asked if I was reading everything others were posting. So, I finally looked. So many kids started sharing their own stories on my Facebook page. They were describing how they felt and what they were going through. They were so receptive. I couldn’t believe there was this outpouring of emotion. At first, I thought that the initial response would die down, but then I saw the impact it was having at my own school. I felt better than I had for a very long time, and I also realized that I didn’t want this to end with my school. I wanted to reach others.

Haskell: It’s not easy to get nonprofit status, and you were so young when you started the Love Your Natural Self Foundation. Tell me a bit about that process. Who helped you?

Jivani: I started doing research and emailing school counselors to ask about setting up assemblies at their schools. The school counselors explained to me that they needed to know much more about what I planned to do. I then sat down and started creating a mission statement and specifics about what an assembly or program might include. My journalism teacher helped with the research I needed to do and with the paperwork I had to submit for nonprofit status. I was under 18, so I needed two adults to sign off for me. My older sister also got involved. They both saw how passionate I was and wanted to help.

Haskell: Since its inception, how has the organization grown?

Jivani: It’s grown beyond my wildest dreams. Initially, I was just going to help students at schools in Texas. We now work with 100 schools around the U.S. and host projects in 28 countries worldwide. I’m usually traveling every weekend.

Sanah was leaving for South Africa a few days after this interview was conducted. 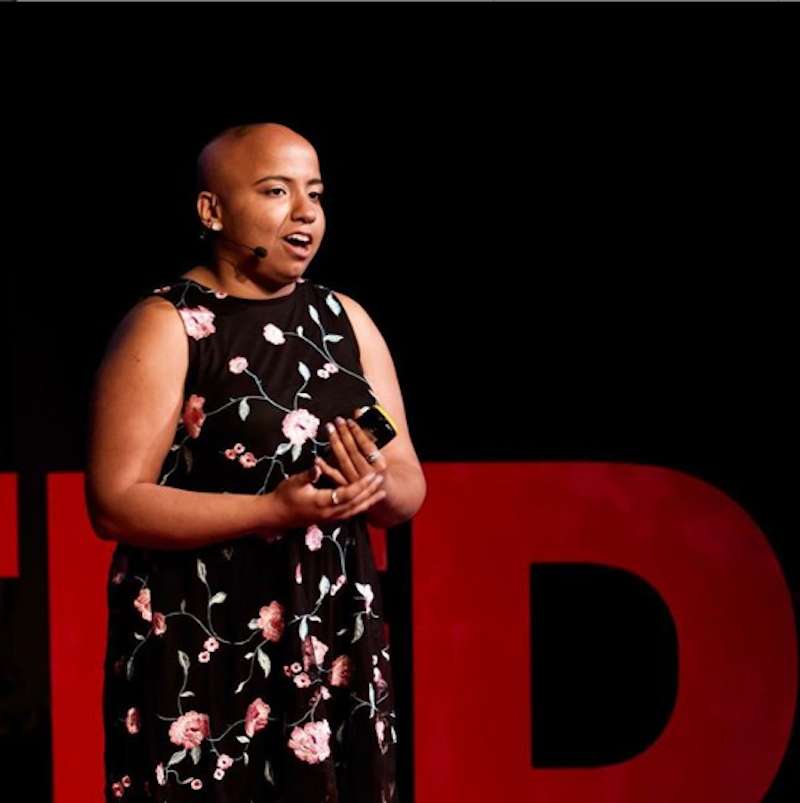 Haskell: Tell me about some of the school projects that you’ve created. Which ones do you find most successful?

Jivani: Well, our hashtag (#NaturalDay) began a movement. People all around the world started using it to share messages with others on this special day. International Natural Day takes place on February 13th. It’s the day before Valentine’s Day because it is supposed to remind you to love yourself and to let go of that one insecurity that is holding you back. Individuals and schools celebrate this day in many different ways.*

Our Self-Love program provides curriculum to help students with their self-esteem and emotional well-being. I’m close enough in age to many of these students, so I can reach them. We also provide empowerment sessions [which are customized for the location and needs of the participants]. Last year we provided a program via Skype to help empower victims of abuse in India through art.

We might start at a school with an assembly, and then the students host their own day or special event. Basically, the kids bring this to life in their own way.

*A school in Westerville, Ohio created a large tree in the cafeteria where each leaf symbolized a strength of a student.

Haskell: You must have a lot of contact with other young women who reach out to you. Has someone else’s story stood out to you?

Jivani: There was one on Twitter that really affected me. I was having a very bad day. This young girl posted a photo without her wig with a message: “This is because of Sanah.” There was such a parallel. She was in 7th grade just as I was when I lost all of my hair. I ended up messaging her.

I felt so grateful. I could be there for someone else—I was having a real impact.

Jivani: I am a senior at the University of Texas at San Antonio. I have plans to go to graduate school and study nonprofit management. I would also like to run my foundation full-time in the future. It’s where my passion is.

Haskell: Imagine you’ve just traveled through time, and you find yourself in the year 2028. Where are you, and what are you doing?

Jivani: I hope to be running my nonprofit organization full-time and advocating for an International Day of Self-Love in every country around the world. I’ll also be advocating for the inclusion of curriculum that focuses on social and emotional development in schools. I’ll be working with students, educators and policy makers.