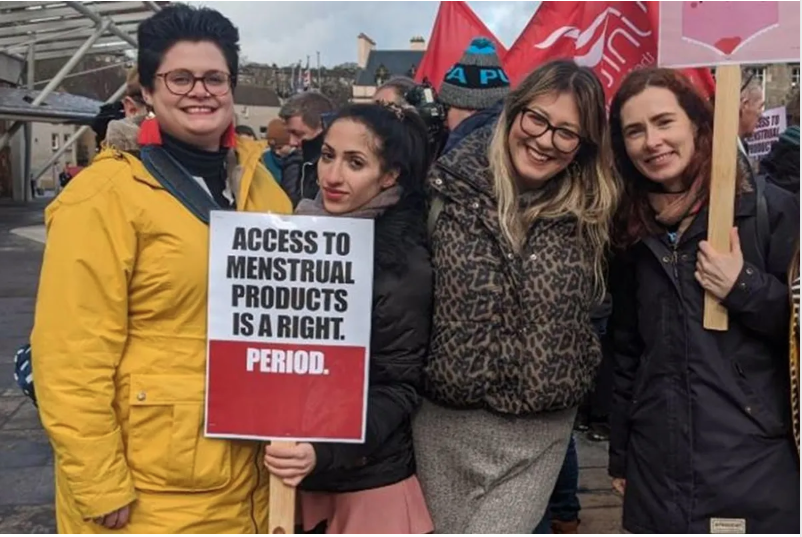 Scotland’s Parliament has passed legislation that would make sanitary products free for anyone who needs them, marking what Upworthy describes as a “landmark event in the movement to make menstrual hygiene a basic human right.”

Labour Party lawmaker Monica Lennon proposed the Period Products Scotland Bill, which makes products such as tampons and sanitary pads free for all women and available in pharmacies, community centers and youth clubs.

The bill passed on Feb. 27 by a vote of 112-0 with one abstention. But according to the New York Times, obstacles still loom, particularly as lawmakers try to figure out how to cover the bill’s projected $31 million price tag. 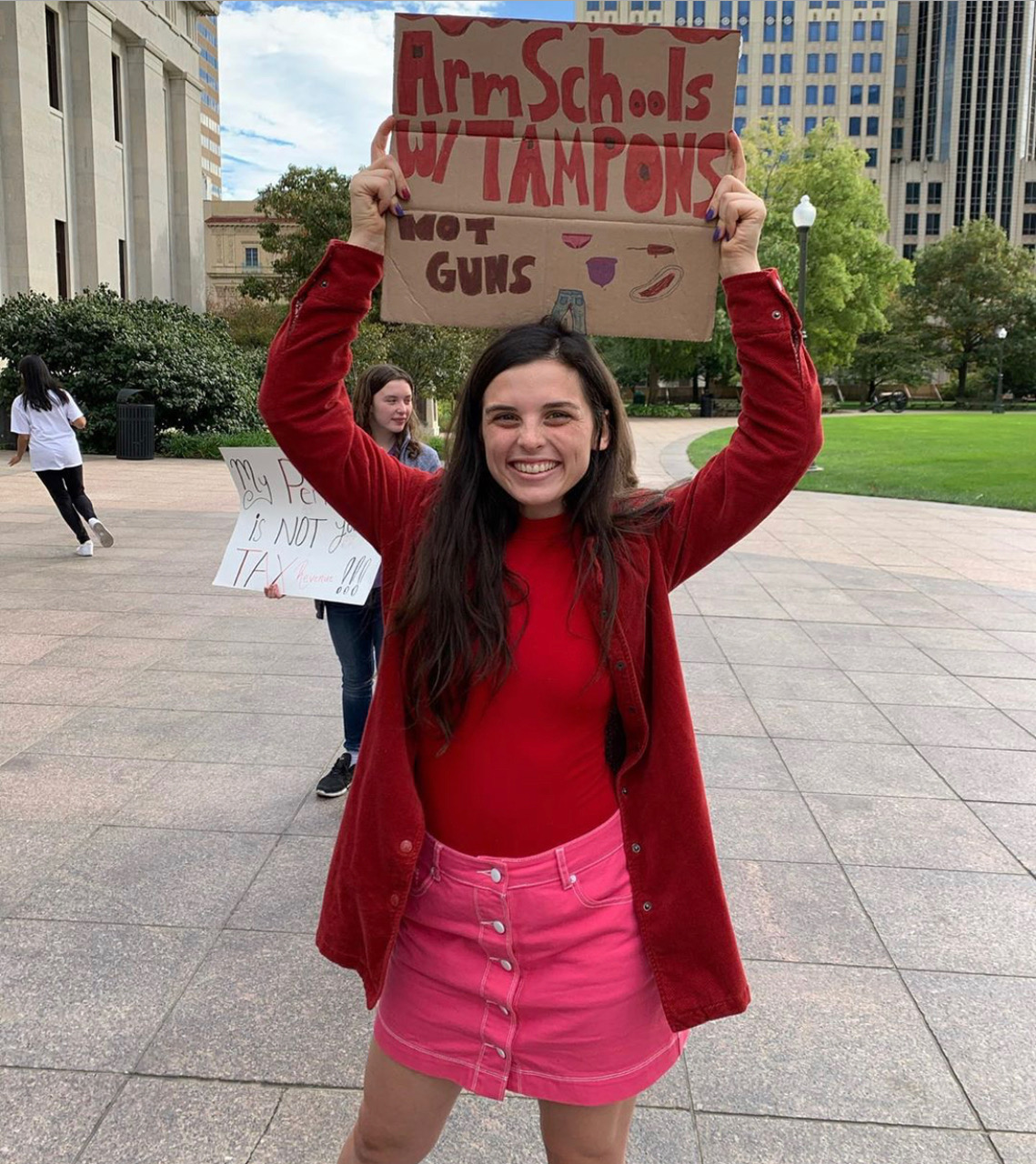 An anti-period tax movement is underway in the U.S. too. Here, a student at Ohio State University took part in a protest against the tax on the inaugural National Period Day, October 19, 2019. Ohio has since repealed the tax.

Great Britain levies a 5 percent tax on tampons and can’t lift it due to European Union rules that designate them as “luxury products.” However, the EU has pledged to abolish all taxes on menstruation products by 2022, the New York Times says. Meanwhile, about 62 million pounds, or $80 million, collected in Britain’s period-tax revenue has been diverted to women’s charities for the past five years.

Still, nearly 10 percent of girls in Britain have been unable to afford menstruation products, and 19 percent have had to use substitutes like rags, newspapers and toilet paper because of the expense, according to a study on period poverty and stigma by Plan International UK, a charity supporting girls’ rights.

According to The West News, Lennon has long objected to classing tampons and similar products as luxury items. “They are indeed essential,” she said, “and no one in Scotland should have to go without period products.” She added that the bill is about “period dignity.”

The battle for “period dignity” continues to rage in the U.S., where 33 states charge a tax on sanitary products, according to Fortune. American women pay an estimated $150 million a year in period taxes. Not counting states that have no sales taxes at all, states that exempt feminine hygiene products from sales taxes include Connecticut, Florida, Illinois, Maryland, Massachusetts, Minnesota, Nevada, New Jersey, New York, Ohio, Pennsylvania, Rhode Island and Utah.

To call attention to the tampon tax in other American states and to overcome the stigma associated with menstruation, Harvard University changemaker and activist Nadya Okamoto co-founded a nonprofit called Period in 2014 – when she was just 16 – and launched National Period Day, observed on October 19, 2019, for the first time. Period is pushing bills to lift the period tax in every state that has one. 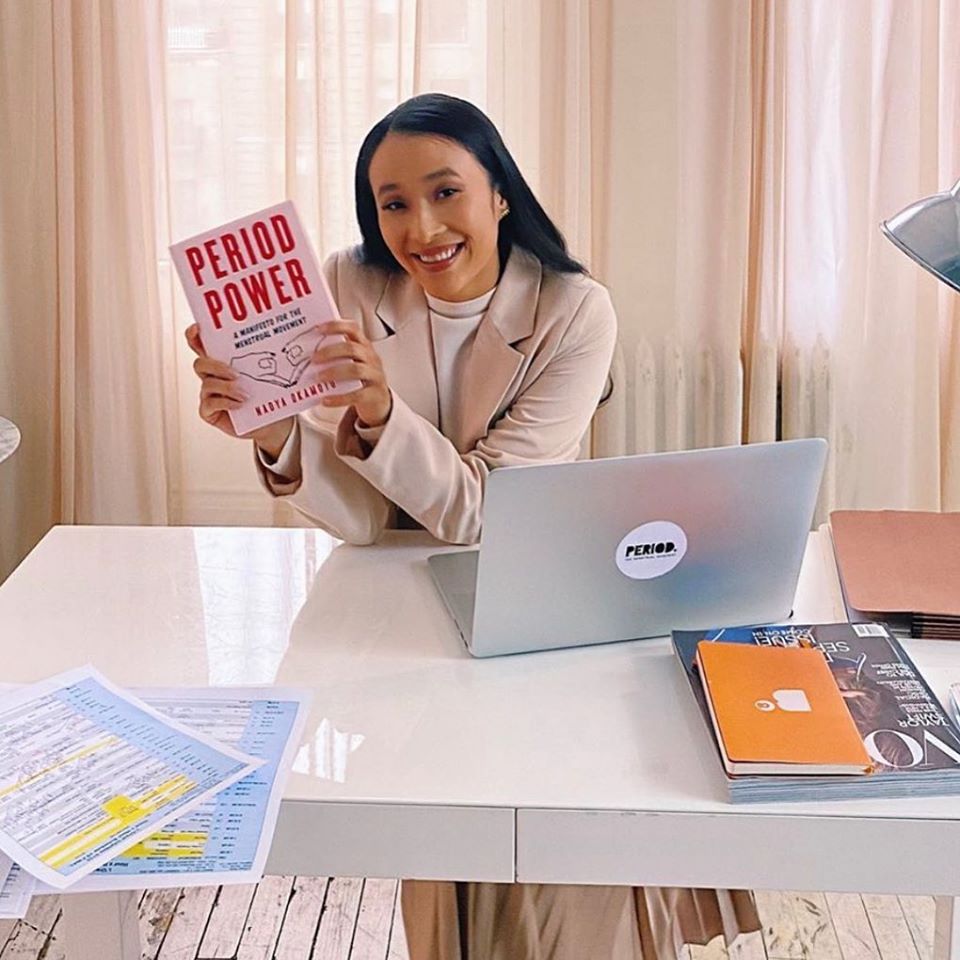 Nadya Okamoto is the cofounder of the nonprofit Period, creator of National Period Day and a leader of the national movement to get rid of the period tax.