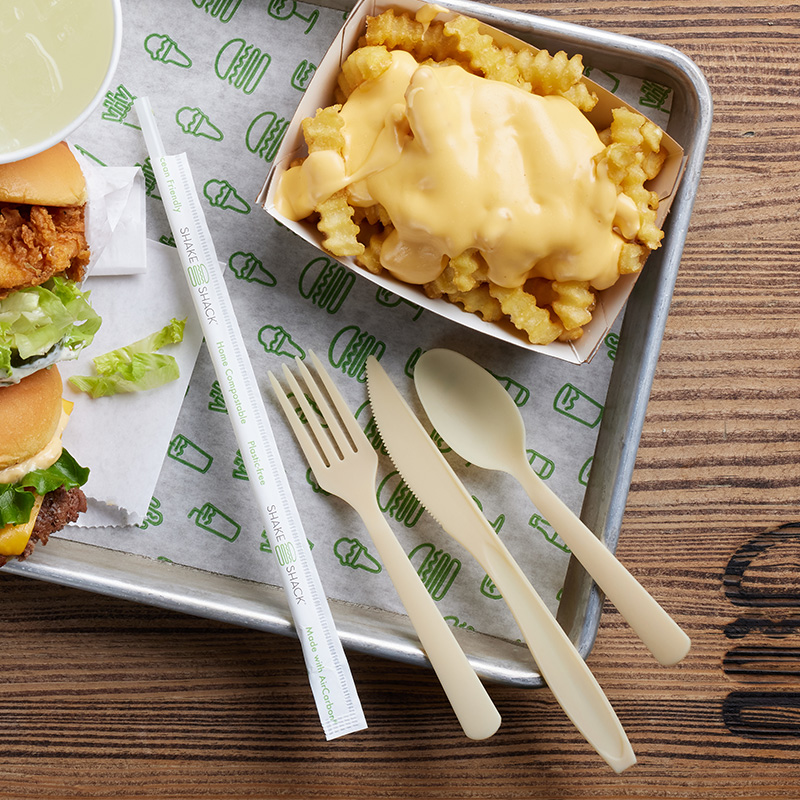 In an effort to reduce its carbon footprint, popular burger chain Shake Shack has begun testing biodegradable straws and cutlery at six locations in California, New York and Florida.

The company has teamed up with Restore Foodware, headquartered in Huntington Beach, Calif., on the pilot program. Launched in 2020, Restore describes itself as the world’s first natural and regenerative foodware brand “on a mission to help end the flow of plastic into the ocean.”

Restore’s sustainable straws and cutlery are an alternative to single-use plastics, the scourge of the planet’s oceans and waterways. Restore replaces plastic with ocean-friendly AirCarbon, a natural, carbon-negative material that feels like plastic but degrades naturally if it ends up in the environment, according to a press release from Shake Shack.

AirCarbon contains no synthetic plastics, PLA or synthetic glues. It requires no food crops for production and is home-compostable, soil-degradable and marine-degradable.

As Nation’s Restaurant News (NRN) reports, AirCarbon is also called PHB). It’s a molecule manufactured by nearly all living organisms. It melts like plastic but will break down in the environment like leaves and stems. PHB is obtained from oceanic microorganisms and cultivated in a stainless steel tank, then filtered, powdered and turned into pellets that can be melted and shaped into foodware utensils. These utensils will degrade naturally, unlike plastic utensils and straws, which have a much longer lifespan. 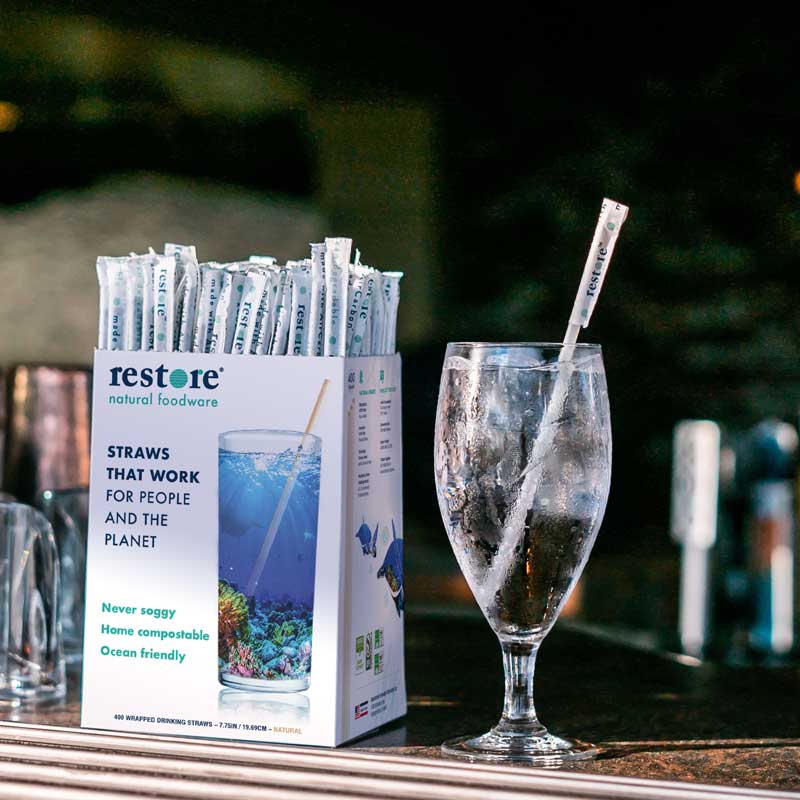 The new sustainable, ocean-friendly straws and cutlery are being tested at Shake Shack locations in West Hollywood and Long Beach, Calif.; Madison Square Park and West Village in New York; and Miami Beach, Fla. Another Shake Shack restaurant in Santa Monica, Calif., will begin testing the biodegradable utensils in the spring.

Related: Is your used pizza box recyclable? Here’s how to find out.

Shake Shack has also announced plans to start using recyclable aluminum bottles instead of plastic bottles at select locations on the West Coast starting in April.

The AirCarbon pilot program is part of Shake Shack’s “Stand for Something Good” initiative that focuses on responsible sourcing of ingredients and community outreach and give-back.