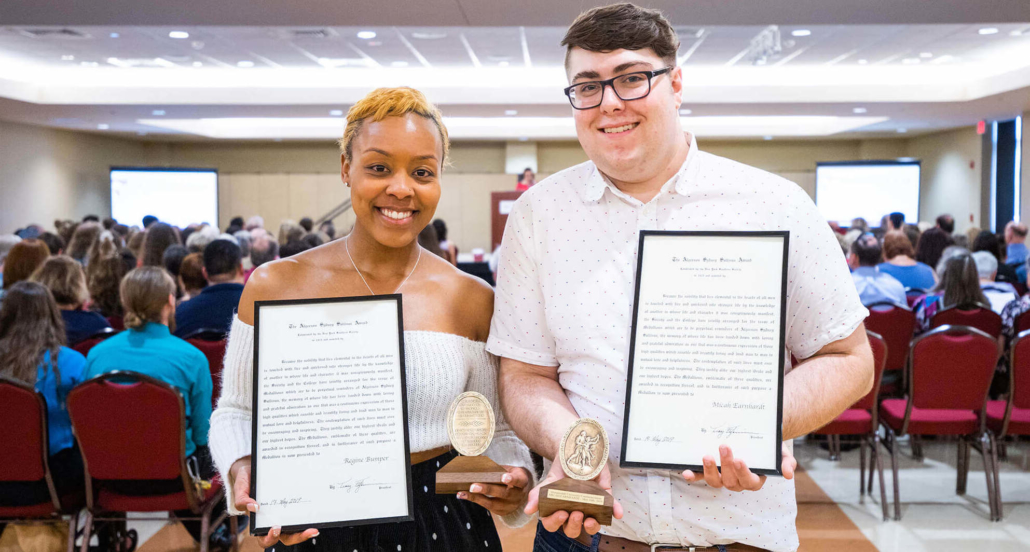 Winchester, Va. is home to Shenandoah University, named for Zynoboa, a Native American chief admired throughout the Shenandoah Valley for his strength, courage and love of beauty. The Sullivan Foundation has long recognized these same qualities in the university that bears the great chief’s name.

Shenandoah first opened as a high school in 1875, and the Church of the United Brethren in Christ later chartered the school. After numerous mergers and affiliation changes, the institution became recognized as a junior college in 1924. With great leadership, Shenandoah went on to become a four-year private university with six locations.

An Alignment of Values

Marguerite Landenburger, director of grants and research at Shenandoah, considers each aspect of the Sullivan partnership to be a crucial component of the university’s mission. “Having a scholarship that aligns with our values is a really powerful thing,” she said. “It helps us keep students that really exemplify our values when they might not be financially able to stay. And it also helps to motivate students to be engaged in things that really align with our value system.”

Landenburger distinctly remembers her fourth day on the job at Shenandoah University, the day on which that year’s Sullivan Award recipient was honored. During the recipient’s college years, she was deeply involved in social justice projects and conversations, honors societies and leadership roles on campus, Landenburger said.

The scholar was also surprised to receive the Sullivan Scholarship. “It was a surreal experience,” Landenburger recalled, with tears in her eyes. “It ended up being a really emotional event. It changed the course of her education.”

“She was engaged with a lot of different activities on campus, but she had a more challenging home life. She was sort of at a crossroads where she wasn’t even sure she was going to be able to afford her final two years in college. This was a major turning point for her, and receiving the scholarship made it possible for her to finish her education.” 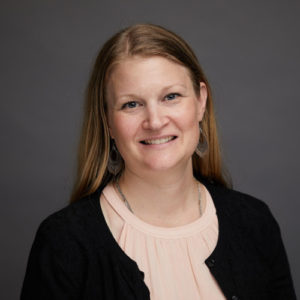 Landenburger now leads the committee that selects Sullivan Scholarship recipients. After lengthy deliberations, she said, “It almost becomes abundantly obvious who the winner should be.”

One Sullivan Scholarship Program essay, penned by Mark Isabelle, a childhood cancer survivor, moved Landenburger to tears. Isabelle was diagnosed with leukemia at five years old and underwent treatment for four years. To give back to those who fought the battle alongside him, Isabelle raises funds for the St. Baldrick’s Foundation, a childhood cancer research charity in Monrovia, Calif., and became a blood drive ambassador for the American Red Cross, coordinating enough drives in four years to impact 1,200 lives.

“I still remember the day I received the phone call from Dr. (Karen) Bucher announcing me as the recipient of the Sullivan Scholarship,” Isabelle said. “My mom and I sat in our family room with smiles on our faces and tears in our eyes.”

Seemingly everything had been going wrong in 2020, as his senior year of classes moved online due to COVID-19. Lacrosse season got canceled, too, along with his school’s graduation ceremony and plans for college tours.

“I still had yet to make the trip to the Shenandoah campus and was unsure I could afford to attend,” Isabelle said. “That phone call was definitely the bright spot of my day and my spring semester. I love it here at Shenandoah, and it’s all possible because of the Sullivan Scholarship.”

“He is doing so much to make the world a better place,” Landenburger said. “And that’s one of the things that I love about being involved with the Algernon Sydney Sullivan Foundation—reading the essays of these kids in the selection process. It’s awe-inspiring and makes me want to do more and be a better person.”

Beyond selecting Sullivan Scholars and honoring Sullivan Award recipients, Shenandoah University exhibits the principles of the Sullivan Foundation in its daily service-learning opportunities, specifically through the Office of Civic Engagement. “We are constantly advertising programming and opportunities for students to get involved in service work,” Landenburger said.

The Office of Civic Engagement helps partner students with service opportunities based on their interests, whether it be with the Winchester Area Temporary Thermal Shelter, Literacy Volunteers, or Boulder Crest Retreat for Military and Veteran Wellness. Students can propose new projects and take part in the Leadership By Design Summer Program. Professors have also partnered to integrate service learning in their coursework.

Students learn to become servant leaders amidst the picture-postcard beauty of the Shenandoah University campus.

Most recently, the university partnered with the Winchester Rescue Mission. A vacant building was converted to an emergency homeless shelter amidst the Covid-19 pandemic, and students actively participate in supporting the facility and its residents.

Additionally, following the events of 2020, racial justice training has become mandatory for Shenandoah University faculty, staff and students, helping them to become stronger leaders and facilitators of meaningful and productive conversations about race and racial equity. A multidisciplinary committee on campus developed the training, and each trainee is given the opportunity to become facilitators.

“Asking students to volunteer their time to facilitate training is a wonderful growth and service-learning opportunity,” Landenburger said. “Sometimes it’s good for students to hear things from their peers—it’s more impactful.”

“The values of the Algernon Sydney Sullivan Foundation are so in line with the mission of Shenandoah University, it’s not even funny,” Landenburger added. “The emphasis on service and being a servant leader are really important values here on campus.”