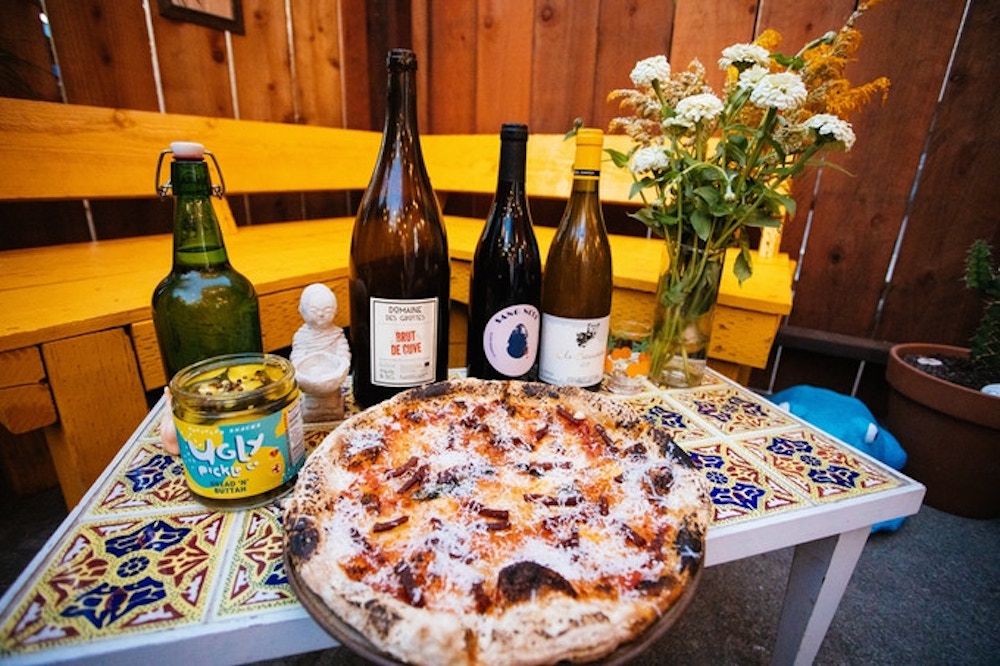 A soon-to-open pizza shop in San Francisco has food waste on the menu—and on top of all of its pies.

As the San Francisco Chronicle reports, Shuggie’s Trash Pie & Natural Wine will offer wood-fired neo-Neapolitan-style pizzas and grandma pizzas featuring ingredients and toppings that ordinarily end up in a dumpster—and, ultimately, a landfill.

Scheduled to open in Spring 2021, Shuggie’s will buy produce that local farms would otherwise toss out as well as discarded bits and pieces of ingredients, such as cauliflower greens and snap pea ends. According to the Chronicle, Shuggie’s ricotta is made from a local farmer’s excess milk, and okara flour, which is a byproduct of tofu, will be used in their pizza dough. They will also use blemished but perfectly tasty food-waste tomatoes in their pizza sauce.

Shuggie’s pizzas will be paired with natural wines, which are typically made from grapes that have not been sprayed with pesticides or herbicides. The grapes are handpicked instead of harvested with machines, and no additives, such as fake oak flavor, sugar or acid, are used in the winemaking process. 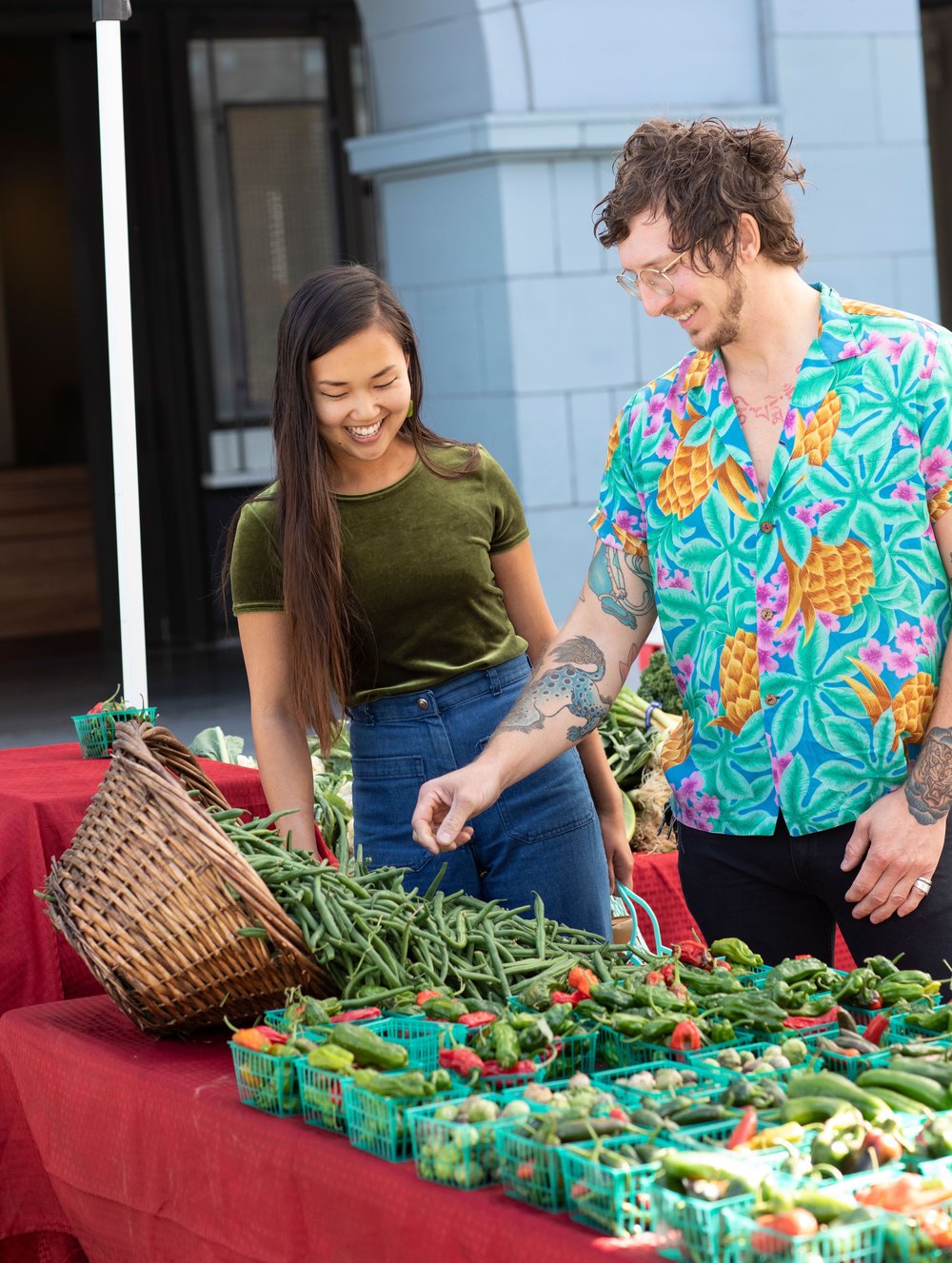 Kayla Abe and David Murphy are committed to sustainable practices in their new restaurant. (Photo courtesy of Ugly Pickle Co.)

Their produce “doesn’t sparkle like grocery store produce, and it probably isn’t sexy enough for your next Instagram post,” Ugly Pickle’s website explains. “What it is, though, is the three-legged carrot, the overgrown squash, the curved cucumber. Slightly misshapen, cosmetically blemished—perfectly edible, but imperfect enough to pass over.” All of these foods would most likely get tossed by farmers since they would be unappealing to consumers.

Abe and Murphy met at San Francisco’s Ferry Plaza Farmers Market, and that’s where their Ugly Pickle products are currently sold. They have also hosted food-waste pop-ups around the city.

In Ugly Pickle’s first year, the company diverted 20,000 pounds of “unloved produce” from the country’s waste stream, according to a Kickstarter page for Shuggie’s. 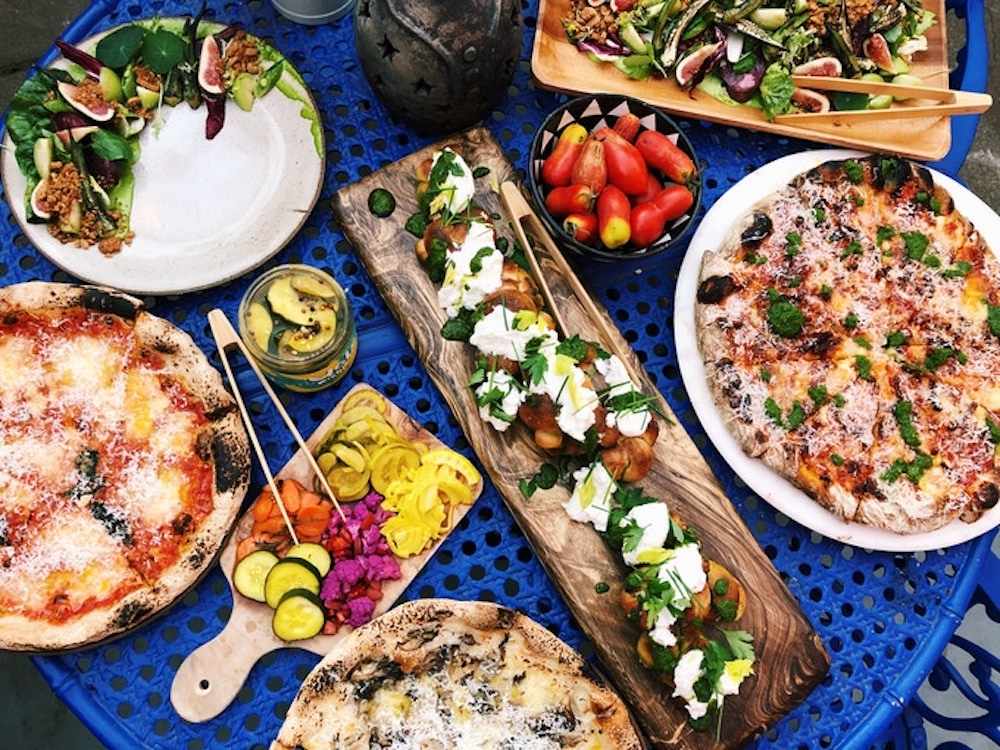 Shuggie’s will offer a wide variety of pizzas and other dishes made with food that would otherwise go to waste in landfills. (Photo courtesy of Shuggie’s Trash Pies and Natural Wine)

The U.S. Department of Agriculture says about 30 percent to 40 percent of the country’s food supply goes to waste. That’s food that could have gone to feed families in need. It’s also a bad use of land, water, labor and energy, the USDA notes. In 2015, the USDA and the U.S. Environmental Protection Agency joined together to set a goal to reduce the country’s food waste by 50 percent by 2030.

“We want to make it easy for people to take climate action through their food,” Abe told the Chronicle. “And we can do that by making it affordable and fun and really friggin’ tasty.”

This story has been edited from the original version featured on PMQ Pizza Magazine’s website and reposted with permission.