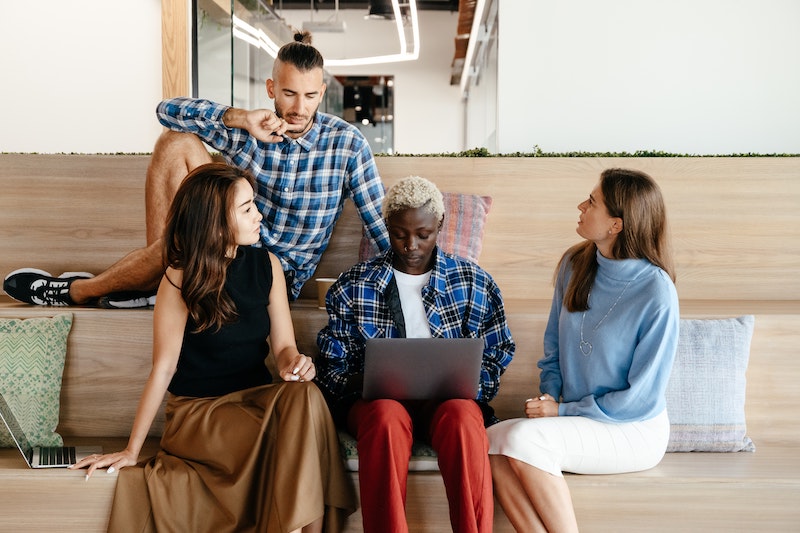 If you’re a college student, classroom learning is obviously a must, but there are some important lessons for a successful life you can’t glean from a textbook or a professor’s lecture. Fortunately, the Sullivan Foundation’s next series of free online sessions will provide the real-world guidance that you’re looking for.

Throughout April 2021, Reagan Pugh, co-founder of Assemble, will host the foundation’s new Skills-Based Sessions, a unique virtual series featuring workshop activities that will help you achieve your personal goals and live the kind of productive and meaningful life you’ve always wanted. From choosing a career to networking and storytelling, these interactive sessions will help you super-charge your future while receiving advice from and connecting deeply with more than a dozen coaches and social change experts, including fellow college students, nonprofit leaders and social entrepreneurs.

The sessions are free and open to the public, starting on Wednesday, April 7, and running through Friday, April 30. Check out the schedule below and register for the first session today!

Click here for full descriptions of each session. (Scroll down to Skills-Based Sessions.)


How to Actually Figure Out the Right Career for You
Go through our guided reflection exercises, then learn how to create mini-experiments that will help you rapidly experience various careers before you ever apply for a job.
Click here to register.

You’ll finally get clear on what distracts you, reflect on the areas that deserve your attention and learn strategies to prioritize your day and spend your energy wisely.
Click here to register.


Discover the right mindsets you’ll need to tell your story and talk about who you are and what you want with confidence, plus discover strategies to help you reflect on your life and your future path to success.
Click here to register.

Friday, April 30
12 noon-1:15 p.m. (ET)
How to Network and Get Mentors in a Virtual World
Most of us are confused about how to network and receive guidance in today’s virtual landscape, but it’s not complicated. In this session, you’ll walk away with new strategies to build relationships, a short list of people you want to learn from and a plan to create more meaningful interactions in the future.
Click here to register. 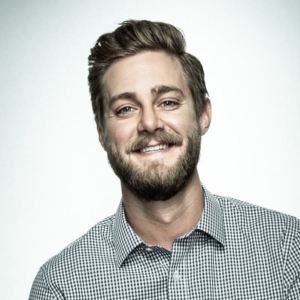 About Reagan Pugh
As co-founder of Assemble, Reagan Pugh has delivered workshops and keynote speeches on personal effectiveness and leadership development around the country. Prior to the launch of Assemble, he was chief storyteller for the innovation consulting firm, Kalypso, and guided initiatives on storytelling, culture and leadership development at companies like Nike, Pepsico and Kimberly Clark.

Pugh is a past workshop facilitator at the Sullivan Foundation’s Ignite Retreats and has designed leadership courses for Texas State University, Trinity University and Angelo State University.

Sam Vaghar
Sam Vaghar is a social entrepreneur committed to helping young people own their voice and power for social impact. With over a decade of impact co-founding and leading the Millennium Campus Network (MCN), Sam has helped launch the Millennium Fellowship, a student movement for the UN Sustainable Development Goals in 20 nations. He has given talks at more than 100 institutions worldwide, including at Harvard University, MIT, the White House, the United Nations, the Vatican, and on speaking tours across four nations for the U.S. Department of State. He serves on multiple boards, including as an advisor to the Executive Director of UN Women.

Dustin Liu
Dustin Liu currently serves as the ninth U.S. Youth Observer to the United Nations, where he strives to engage young Americans in the work of the UN. He is also a graduate student studying transformative learning and post-secondary education. He cares about quality education and its relationship to building the young changemakers we need to achieve the UN’s Sustainable Development Goals as well as the connection between education and the future of work.

Jonathan Kibe
Jonathan Kibe, an African Leadership Academy alum, is a junior at Lynn University majoring in social entrepreneurship. His mission is to transform the mental health scene in African communities. He founded The LOVE Project, an initiative that aims to create awareness concerning mental and emotional health. As a community builder who deeply believes in the power of bringing diverse people and organizations together to achieve common goals, Jonathan’s niche lies in supporting learning and event design. He has also gained mastery in communication for impact and describes himself as a passionate storyteller, whether in his published writings, blog posts or public speaking engagements.

Ben Zapchenk
Ben Zapchenk is an online English-as-a-Second-Language teacher based in Marrakech, Morocco. He has experience living and working abroad as both an educator and as a volunteer with service organizations, including the Peace Corps. He is passionate about fighting for marginalized groups worldwide and about advancing the causes of social movements that work towards changing the systemic injustices that plague society.

Danielle Biggs
Danielle Biggs is dedicated to advancing community, education and arts initiatives that focus on stewarding equal access for all people. As an arts manager, fundraiser and marketer, she values collaboration, exploration and innovation at the nexus of the arts and humanities and social policy reform. A New Jersey native and alumna of Sullivan Foundation partner school Elon University, she is a champion of infusing the arts into community infrastructures as a means to unite and heal.

Ashley Madrigal
Born and raised in Nicaragua, Ashley Madrigal is driven by a passion for economic equality, poverty and human rights. She is a current Watson scholar and two years away from graduating as an entrepreneur. Personally affected by a 2018 political and economic crisis in which hundreds of people were killed by government forces in her native country, she aspires to create social impact and relieve the economic stress in Nicaragua. At the age of 17, she organized and gave a talk in the first TEDx event at her high school. Despite her young age, she has led a full life of community service, reporting on human rights and interning for an NGO.

Brandi Jordan
Brandi Jordan is a servant, strategist, community builder and founder of Remote Ramblers, a social enterprise that fuses creativity, craftsmanship and cultures to bring classic and timeless leather-goods from Imazighen artisans of Morocco to the global market. She also uses her blog to encourage people to take the long road around the world. In her travels, she enjoys highlighting locations and locally owned vendors that are off the beaten track of well-worn tourist routes.

Jordan Reeves
Jordan Reeves (they/she/he) is queer, trans and non-binary. A native of Hueytown, Alabama, they taught science at McWane Science Center before moving to New York in 2010, where they helped start TED-Ed, which has been viewed nearly 2 billion times online. Jordan left TED to start VideoOut, which amplifies LGBTQ+ voices and has reached millions with its message of solidarity and support, promising that “even when things aren’t getting better, you are not alone.” Jordan has produced more than 50 events around the United States, managed countless volunteers, and filmed 400 LGBTQ+ stories. They’ve worked with major brands like Hulu, Verizon, P&G and AARP to create LGBTQ+ inclusive content.

Cornetta Lane-Smith
Cornetta Lane-Smith is a mother, storyteller, and director of community impact at Detroit Narrative Agency (DNA). DNA is a community organization that disrupts harmful narratives about Detroit by supporting Black, Brown, and Indigenous storytellers in building narrative power and community liberation. At DNA, Cornetta builds and sustains strategic partnerships, connects a media project to its intended audience, and assesses the impact of the work. She is also the creator and host of Dish’D Detroit, a virtual dinner series where a cook shares a food memory and related recipe with a curated audience that prepares the featured meal at home.

Mentor Dida
Mentor Dida is an expert changemaker with a decade of experience as a social entrepreneur, leadership and wellbeing coach, and movement-building architect who helps individuals, organizations and businesses increase their impact. Before starting his own coaching business, Mentor spent five years in Washington D.C. working at Ashoka, where he organized efforts to identify, highlight and support the world’s top social entrepreneurs, corporate executives and young changemakers. He also has been consulting at the UN as a movement- building architect to push forward the Sustainable Development Goals.

Megan Truman
Megan Truman, the daughter of a single mother, started her career as a social entrepreneur at the age of 11. She co-founded Helping Hands Inc. in 2007, where she was responsible for the nonprofit’s marketing and fundraising efforts. The organization’s mission was to empower and lend a helping hand to the elderly, veterans, single moms and their children. As the company grew, Megan and her business partner struggled to balance school responsibilities and the company’s increasing demands, which resulted in the company dissolving in 2010. Since then, she has spent her life serving communities of color, women, girls and youth initiatives both in the United States and overseas. She is currently working to fight for education equity for students at City Year, D.C.

Marcela Fernandez
Marcela Fernandez is the brand ambassador for Selina, one of the world’s top startups serving the rapidly growing Digital Nomad community. She is an ambitious entrepreneur who fell in love with Selina’s concept to expand worldwide while revolutionizing the future of work, hospitality and tourism. A globetrotter who has visited 76 countries and speaks five languages, she started Glacier Nation to bring awareness and scientific research regarding glaciers melting in the USA.

Sara Hoy
Sara Hoy brings joy to teams, organizations and every project she works on. She believes it is important to put people first and foster a culture that reflects that commitment in organizations. With an extensive background in the non-profit and tech sectors, she seeks to stay curious through continuous learning, building relationships and different perspectives. Sara is a returned Peace Corps Volunteer (Moldova, 2014-2017) and explored life as a digital nomad for a few years before returning to Pennsylvania, where she currently consults for organizations locally and internationally.

Luz Cabrera
Originally from Guanajuato, Mexico, Luz Cabrera works in the field of applied behavior analysis. He completed his bachelor’s degree in religious studies and psychology and his master’s degree in applied behavior analysis and clinical science from Sullivan Foundation partner school Rollins College. His interests include public health, policy development and organizational management. He is also involved with Young People For, a program of People for the American Way Foundation, a national leadership development program for college-aged progressive leaders.