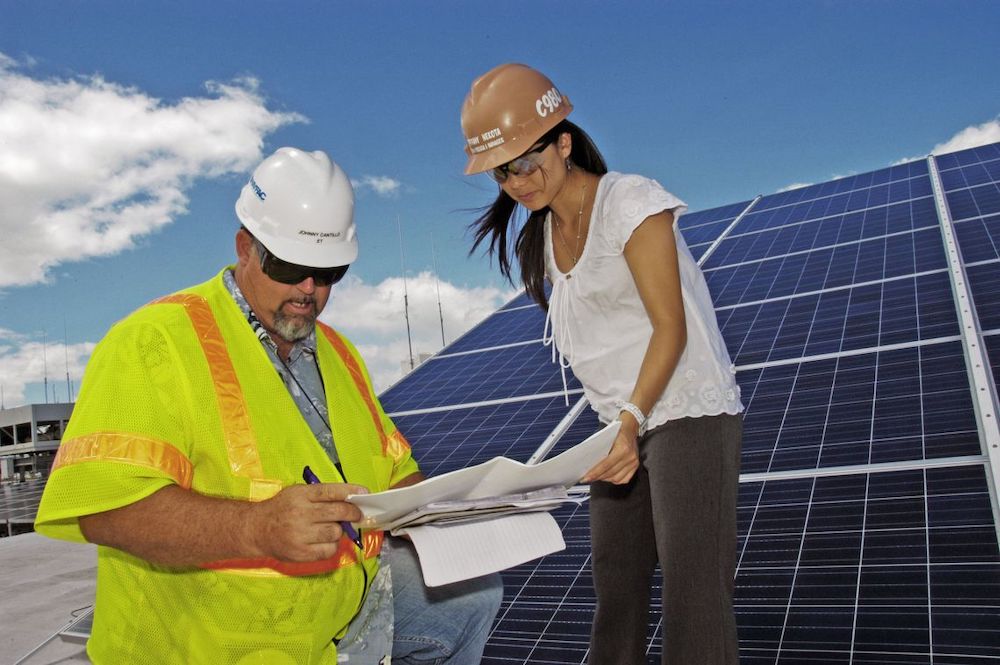 Electricity-generating rooftop solar cells not only save on planet-warming carbon emissions, they also save a significant amount of water, say a pair of Duke University researchers who have done the math.

A given household may save an average 16,200 gallons of water per year by installing rooftop solar, they found. In some states, like California, this saving can increase to 53,000 gallons, which is equivalent to 60 percent of the average household water use in the U.S.

You won’t see the savings on your home water bill, but they’re still important.

That’s because energy use is tightly bound to water consumption. Electrical energy production in the U.S. consumes nearly as much water as the agricultural sector. But that figure doesn’t include the additional water used to produce fossil fuels in the first place, nor to manage coal ash waste.

“To generate electricity for the grid we need to mine and burn coal, frack and pump natural gas, and cool nuclear plants, all involving high volumes of water that is continuously lost,” said Avner Vengosh, a Duke University distinguished professor of environmental quality in the Nicholas School of the Environment and co-author of a new paper that appears Sept. 19 in Science of the Total Environment.

“However, with the solar cell, it’s a one-time consumption of much a lower volume of water for manufacturing,” Vengosh said. “And then, once it’s installed, there’s no longer any water use coming from that for the next 25 years of expected use.”

Currently, more than 70 percent of the world’s solar panels are being made in China, so the water consumption to generate solar energy occurs overseas. 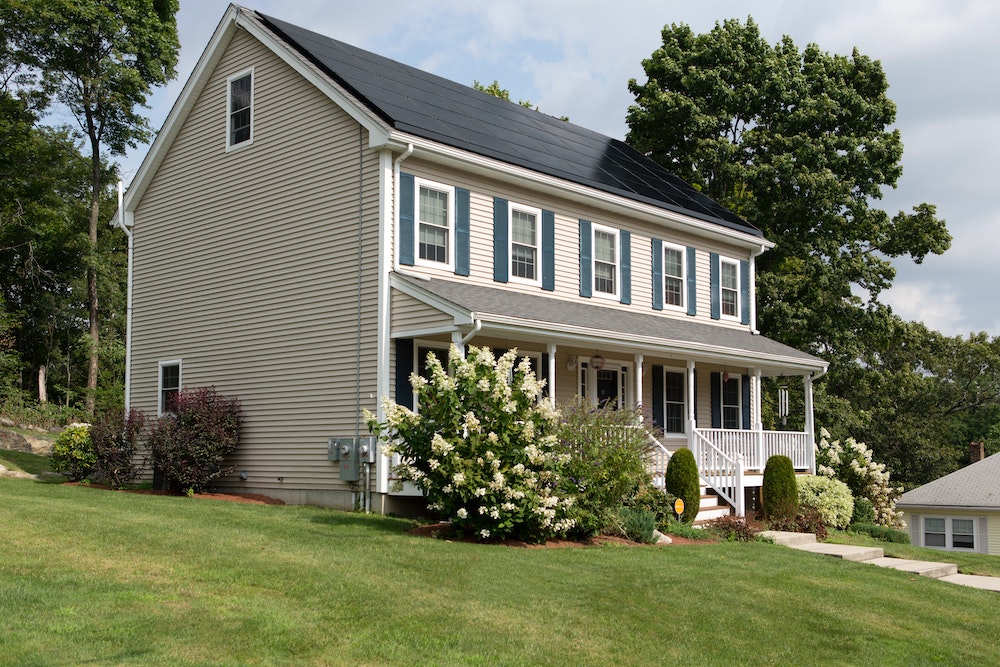 To understand the broader water impacts from solar panel production, you need to look at the entire supply chain across the world, said study co-author Erika Weinthal, a professor of environmental policy in the Nicholas School.

“From a contamination point of view, solar cells have huge potential for environmental damage,” Vengosh said. “It contains heavy metals, some of which are very toxic, and therefore they could have impact on the immediate environment where the manufacturing occurs.”

But after that, the water consumption of solar is zero.

Previous studies have attempted to evaluate the amount of water use for different stages of energy production, typically expressed as the volume of water to given energy such as liter or gallon per gigajoule. In the new study, the authors combined energy sources that are used to generate electricity for the residential sector across the contiguous U.S. and translated that to the volume of water consumption in each state.

Related: Making sure birds and wind turbines can co-exist off Virginia Beach

Converting to solar in homes reduces the use of the grid electricity and therefore also the volume of water. In some states, like in the southwestern U.S., the individual household water saving can reach up to 1,000 percent when you install rooftop solar.

These water use calculations are a follow-up to a book Vengosh and Weinthal published earlier this year on the intersection of energy and water quality. That book provides a detailed baseline for the water consumption of various fossil fuel sources.

During the pandemic shutdown, the authors had decided to add solar panels to the home they share. At first, their major motivation was to save carbon emission, but after a while they realized it can also save water.

“So this article is really a product of wanting to decarbonize our own personal life,” Weinthal said. “I teach global environmental politics, and I teach about the Paris agreement, and I always try to get the students to connect what’s happening at the interstate level to what we can do with our own forms of agency.” 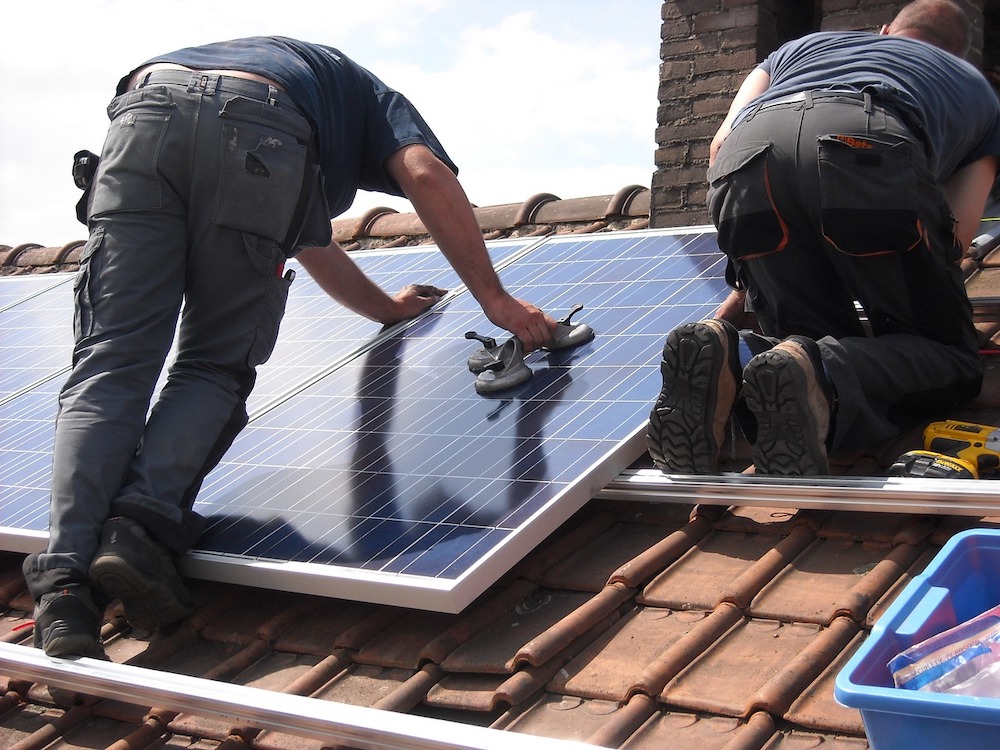 Photo by Maria Godfrida from Pixabay

Today, photovoltaic solar cells account for about 1.5 percent of the nation’s electrical supply. That represents a saving of 99 billion gallons of water a year, the authors estimate, which is equivalent to about four days of California’s total water usage. But as the solar percentage grows, so too will the savings.

Their paper also compares water consumption for energy by state, since each state uses different energy sources for electricity generation and has different use patterns and number of homes.

The New England states, for example, show huge wins for converting to solar because they don’t use much electricity for air conditioning and they tend to heat their homes with oil, not electricity, Vengosh said. Arizona and California, states which have water shortages and a lot of sunny days, would also be big winners.

In their book, Weinthal and Vengosh showed that water use is only part of the puzzle. Contamination of water resources because of coal mining, fracking and coal ash disposal further reduce the water availability, so the water footprint from fossil fuels extraction is far larger than we think.

What’s important is to assess the total cost of any technology, Weinthal said. “We need to be moving toward renewables, solar and wind, but in doing so, we have to recognize that, for any form of energy infrastructure, even if it is renewables, there may be some costs when it comes to water. One has to think about the water footprint for any form of energy production,” she said.

The researchers have already turned their attention to the water use and environmental effects of lithium mining, a metal that is key to next-generation batteries.