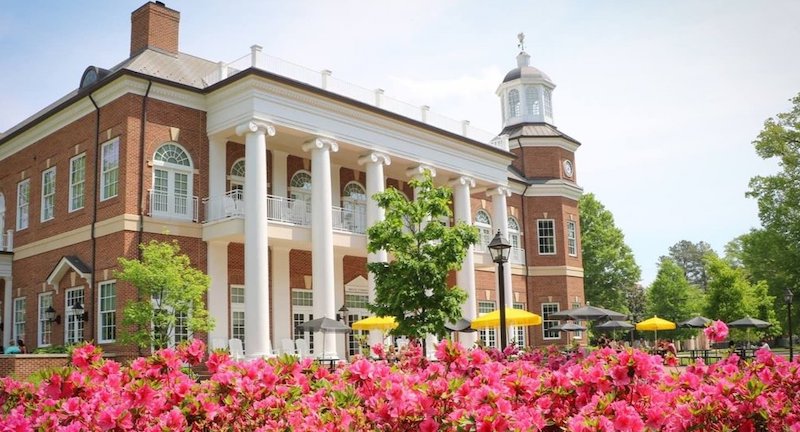 It’s been a good year for David Funderburg: First he helped lead the Randolph Macon College Yellowjackets to its first-ever NCAA Division III basketball championship in March. And as if capturing that trophy wasn’t enough, he also earned the medallion that comes with the Algernon Sydney Sullivan Award. And along the way, the graduating senior brought many of his teammates to Christ.

Funderburg wasn’t the only Sullivan Award recipient for 2022 at Randolph Macon College, a Sullivan Foundation partner school. His fellow student and changemaker Gracie Smith received the Mary Mildred Sullivan Award for her leadership and spiritual qualities, serving as “the epitome of a…servant leader,” according to the college’s president, Robert Lindgren.

Read on to learn more about these two outstanding changemakers:

David Funderburg
Funderburg majored in biology at Randolph Macon, but he found another calling as co-captain of the men’s basketball team: the ministry. The Yellowjackets wrapped up a nearly unblemished season with a 33-1 record this year, but, more importantly to him, they also came together spiritually.

“My time playing basketball for the college was where I experienced my call to ministry,” Funderburg wrote in a recent article on the Fellowship of Christian Athletes website. “From a young hopeful hooper, I was able to become a starter by junior year and a captain of the team in my final year. While playing for the school, I acquired a record of 118-15, with three conference titles, and one national championship in my final year. And as good as all those numbers are, it is nothing compared to the good gifts God has given me off the court with this team.” 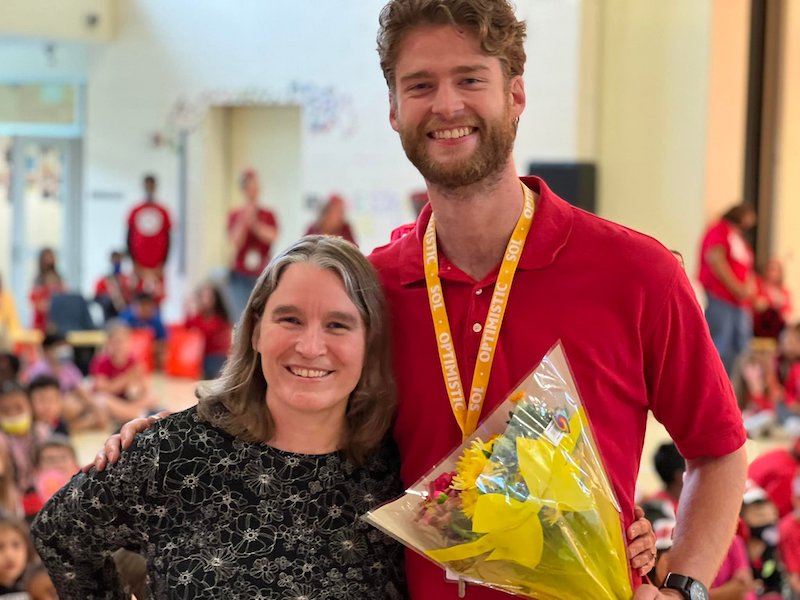 David Funderburg with Carrie Noonan from the Dean of Students office at RMC.

“Randolph-Macon basketball went from a team with only one Christ follower (me), to a team of eight men fervently praying to God in the locker room, studying the word of the Lord, and praying with the opposing team before and after games,” Funderburg wrote. “It has been a blessing to watch God surround me with brothers who want to serve and worship Him just as much as I do.”

Off the court, Funderburg served as a “captain” in other ways, too. He mentored first-year students in the college’s New Student Orientation and Transitions program and helped start the InterVarsity Christian Fellowship, which he served as president. “He has been a light in times of darkness for countless students here on campus,” one of his Sullivan Award nominators said. “I have had the privilege of watching him lead people to the best version of themselves.”

Related: This Sullivan Award recipient has helped hundreds of DREAMers get college degrees

Basketball Coach Josh Merkel offered his own words of praise for Funderburg: “When I think of him, the first word I think of is joy. He has always been very comfortable in his faith and being himself. The impact he has had on team members has been phenomenal….His commitment to helping other students find themselves and their voice and to feel safe is unparalleled.”

Gracie Smith
Smith, who majored in psychology, graduated from Randolph Macon College in only three years, but those years were packed with service and scholarship. While excelling in academics, she was also a member of Psi Chi, the international honor society in psychology. She held two internships—one as a marketing intern with INDEVCO North America, a company that specializes in sustainable plastic packaging, and another as a nonprofit management intern with Richmond, Va.-based Housing Families First, which provides homeless families with a path to a permanent home. 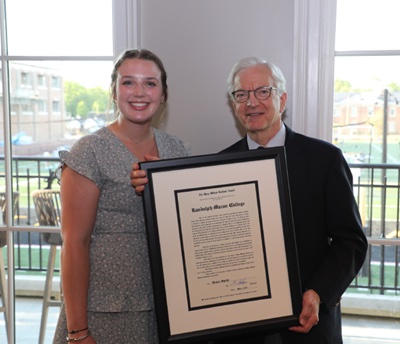 Smith played on the women’s varsity tennis team and, as a member of the Delta Zeta sorority, served as a Panhellenic chapter delegate, academic assistant chair and bible study chair. She tutored in the elementary schools, took part in canned food drives and worked with individuals with special needs.

“The ideal Sullivan candidate has a spiritual nature dedicated to service to others, and this recipient is the epitome of such a servant leader,” Lindgren said. “More than her list of achievements, this recipient brings a smile every day no matter what is going on. She focuses on asking how you are doing and what she can do to help. She welcomes you as she shares her gift of compassionate service.”

Lindgren added, “Even her name symbolizes how she embodies the Sullivan ‘nobility of character…whose greatness is not spent in their own interest…[but] for the interest of humanity.’ Simply put, she brings grace to us all.”