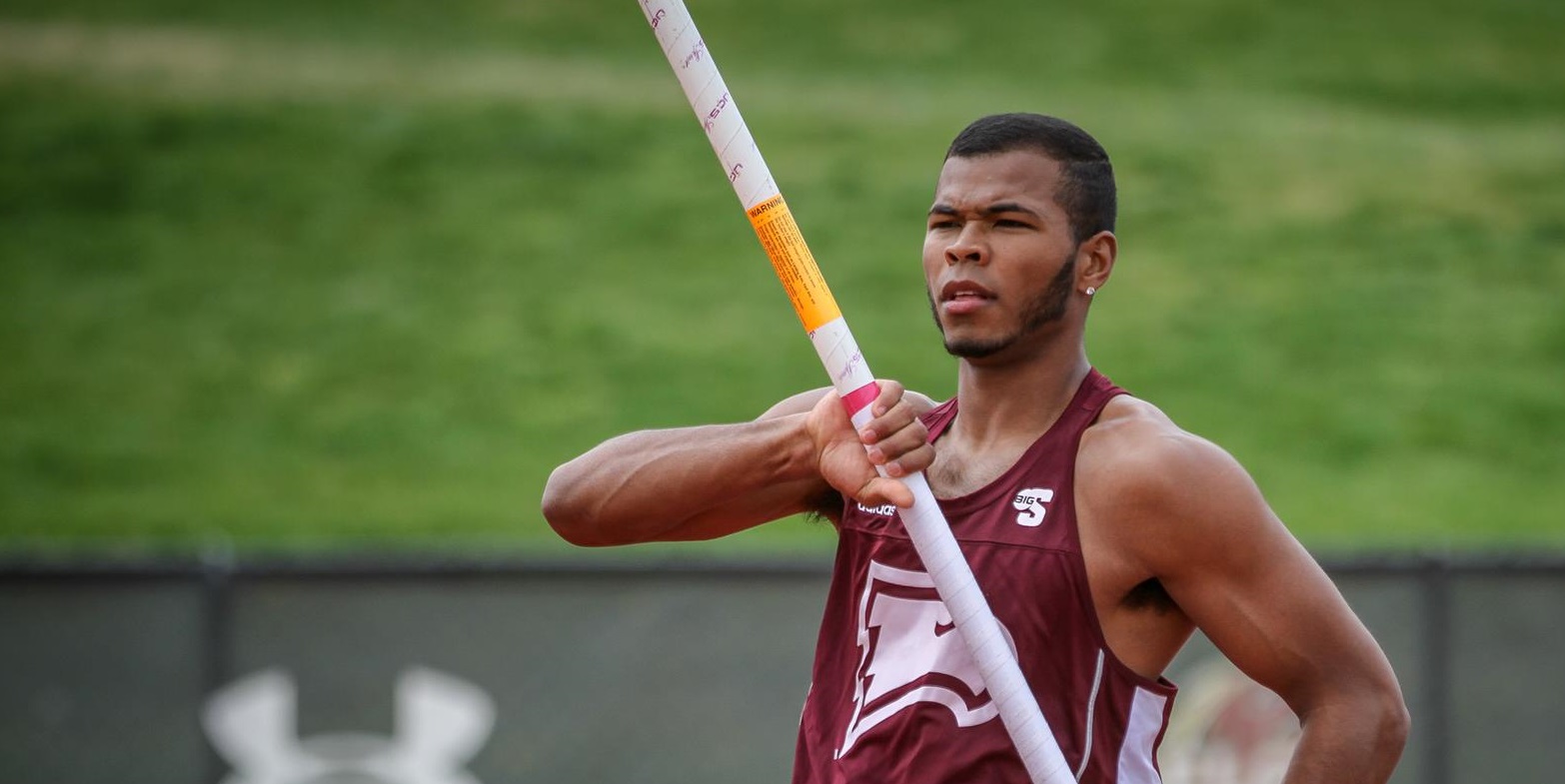 Growing up in Jefferson City, Tennessee, Joey Jennings dealt with racism and poverty every day throughout his youth. Now the recent Winthrop University graduate, winner of the school’s prestigious 2019 Algernon Sydney Sullivan Award, is on his way to earning his Ph.D., thanks to a highly coveted Graduate Research Fellowship from the National Science Foundation.

Jennings was one of only three sociology undergraduates nationwide to receive the fellowship, which provides him with a full ride at the University of Maryland-College Park. But the scholar-athlete, who holds two Winthrop records as a track star, had to clear major hurdles to get to where he is today.

Playing on a Little League football team introduced Jennings to the harsh reality of racism when he was only nine years old. He didn’t see himself as different from any of his teammates—until someone referred to him with a racial slur.

“I vividly remember asking my dad, ‘Why do they hate me?’” he said. “He stood up for me and put a stop to the name calling, but it did not ease my heart. I was able to grasp that the reason I was treated differently was related to my skin tone. As a result, I was not proud of my color for a long time.”

Jennings “fully experienced rock bottom” in Jefferson City. In addition to the heavy racial tension, his family (he’s one of four siblings) struggled with poverty, sometimes not having enough food on the table or going days without electricity.

“Then, everything got more difficult when I witnessed my mother being taken to jail numerous times because of her losing battles with cocaine addiction,” he said. “We struggled, it was tough, but my family is strong. My dad raised my siblings and I to fight, and that made me the man I am today.

“It is because I have witnessed numerous types of adversity and injustice, or a lack of proper justice, firsthand that I want to further my academic career in sociology and engage in social research with the hopes that I can uncover social injustice.” 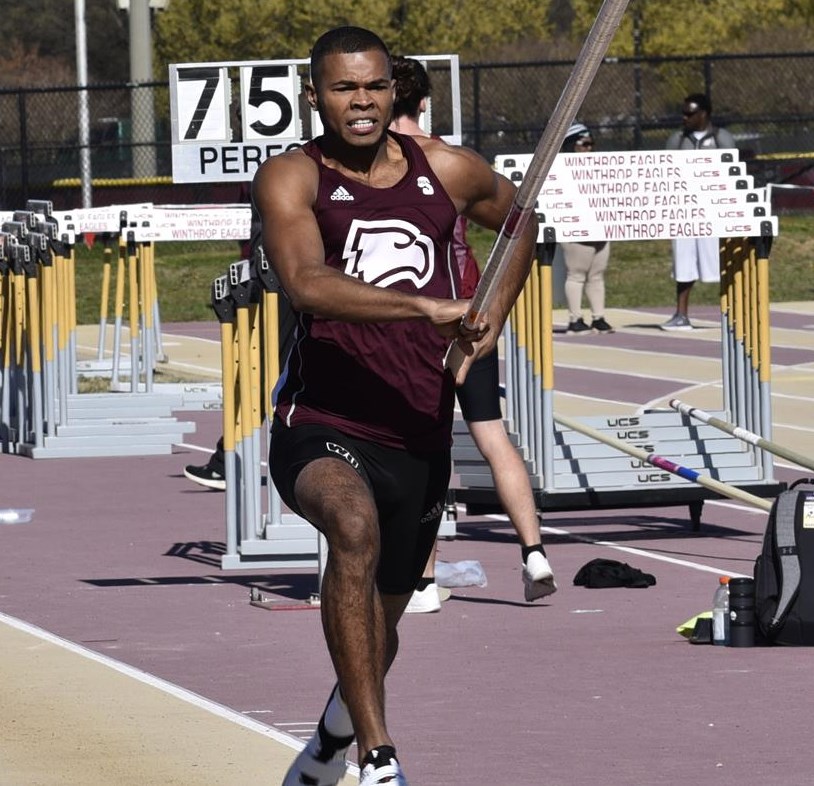 In addition to his many academic achievements, Sullivan Award winner Joey Jennings holds Winthrop University records for the indoor and outdoor pole vault.

Jennings wanted to understand the questions from his past and felt that the sociology program’s criminology concentration would help him do just that; specifically, it would sate his appetite for research. He also signed on to compete in track and field at the Division I level.

For one of his research projects, he examined police brutality over a 23-year period through a public opinion survey. The survey asked participants for responses to racial relations after the Rodney King incident (1991) and the Freddie Gray incident (2015). He then reached out to Miami Herald columnist Leonard Pitts after reading Pitts’ series on what people can do to help, and he studied online newspaper comments referencing the Baltimore riots.

“The analysis showed that, during the 23-year period between the observed riots, public opinions on prejudice were related to systematic discrimination practices that led to marginalization of inner-city minority communities,” Jennings explained. “In turn, these communities find in riots an opportunity to bring public awareness to their constant criminalization, invisibility in the criminal justice system and marginalization.”

While simultaneously taking 14 credit hours, practicing 20 hours a week and competing almost every weekend, he found opportunities to present his research at the Southern Sociological Society Conference and Winthrop’s Showcase for Undergraduate Research and Creative Endeavors (SOURCE). He also spent the summer of 2018 at the NSF research program at the University of North Carolina-Charlotte, researching Charlotte’s homicide hotspots with a group and further presenting at UNC-C’s symposium and the Midwestern Criminal Justice Association.

Along the way, Jennings set new records for Winthrop’s indoor and outdoor pole vault and graduated with a 4.0 GPA. A Blue Line Scholar, he also received the Jacqueline Aiken Taylor Scholarship in 2016.

“It takes a lot of dedication to my crafts,” Jennings said. “School and track are equally important to me, but early on, I learned that to be great in both I had to treat them as separate entities. When I was at class, what happened at the track, good or bad, had to be out of my mind and vice versa. I spent hours studying for class and for track. I wanted to be the best in both, so I gave all I had each day to everything. That is how I was raised.”


After graduating from Winthrop on May 4, Jennings looks to the future.

“I know I want to make a difference; I want to enact change,” he said. “The Ph.D. is a start for me to work as an activist, to create change, and to shine an academic light on social issues that have been dark for some time now. I love learning, and I want to use my strengths to help marginalized people and answer the questions I faced as a youth.”

This article was adapted/edited slightly from a story originally published on the Winthrop University website.