Each year, the Algernon Sydney Sullivan Awards are presented at 70 colleges and universities across the American South. First awarded in 1890, the award goes to individuals who are committed to creating positive change.

Here’s more information about each recipient of the 2021 Sullivan Awards: 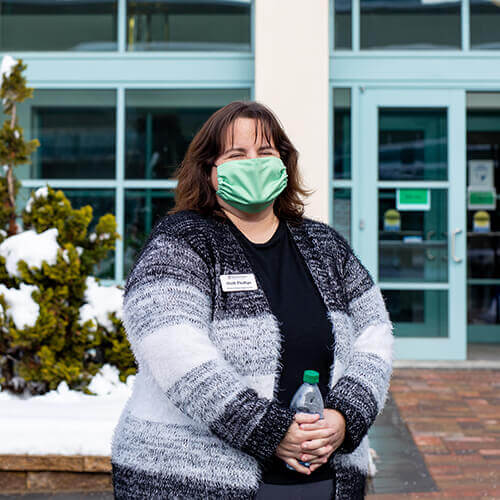 Holli Phillips
Phillips, who is currently enrolled in the doctoral program in administrative leadership at Shenandoah, has been awarded the Algernon Sydney Sullivan Award for a faculty or staff member. The award recognizes “people of noble character” who “invest themselves in the well-being of others.”

When Shenandoah University opened its James R. Wilkins, Jr. Athletics & Events Center as a mass-vaccination site, Phillips stepped forward as a leader who could organize a system and lead a team. In the midst of a challenging global pandemic and with a community in dire need of a vaccine, Phillips created a system that exemplified Shenandoah as a place of compassion and care. Those who were nervous about receiving the vaccine were welcomed with transportation, greeters and kind faces. The patients coming for a vaccine were in and out so quickly that there was little time for fear or impatience to set in. Regional news media outlets and the PBS NewsHour touted the “gold standard” of care that Phillips and her team created.

As Shenandoah University did its best to ensure that all populations were afforded the opportunity to receive the vaccine, Phillips became the point person for those who did not have the access to make an appointment online. The phrase, “When you get to the clinic, just see Holli,” must have been uttered thousands of times, according to one nominator.

“She has remained humble throughout the entire process and continues to provide the credit to her staff and to all the other volunteers she has worked with, but, without her guidance and leadership, the clinic may not be as successful [for] our community,” another nominator said. 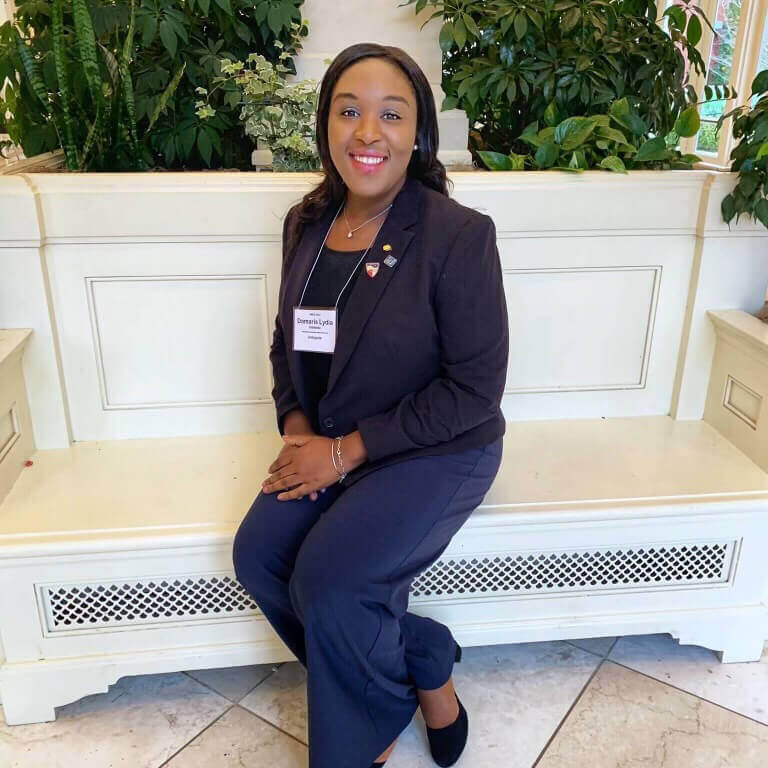 Odebode was nominated by two faculty members and two staff members, which demonstrates her engagement inside and outside of the classroom during her time at Shenandoah. One nominator said she is “guided by the courage of her convictions, speaks with a wisdom beyond her years, and has a keen sense of integrity that guides her day-to-day actions.”

“Mentoring is a recurring theme with her work as a peer mentor for first-year music education students and the Scholars’ Latino Initiative,” one nominator said. “Her leadership skills go hand-in-hand with her service work with the Conservatory’s Student Council Diversity Committee, the Black Student Union, Omicron Delta Kappa and the Collegiate Virginia Music Educators’ Association.”

According to one nominator, Odebode organized a music-education session for children of Shenandoah employees on a Saturday morning simply because a staff member gave her the idea. “She is constantly investing in the well-being of others,” according to the nominator, and “makes the lives of those around her better simply by leading with compassion and integrity. I cannot think of a better candidate for this award.” 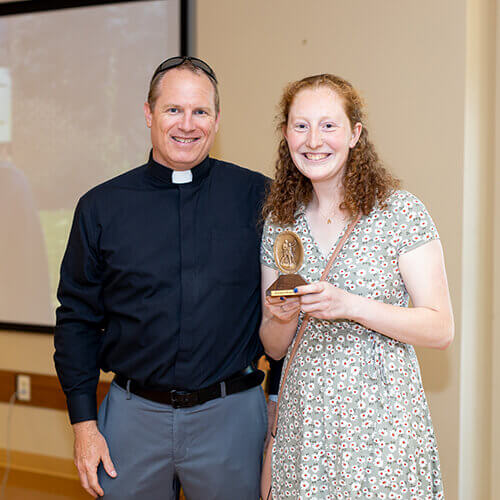 Kaitlyn Shand exemplifies the Shenandoah University spirit by seeking to create communities of compassion, responsibility, advocacy and justice. One nominator said that Shand “is one of the most positive, caring individuals that I have ever had in class or as an academic advisee. She ‘walks the walk’ and truly lives her faith when it comes to advocating for other people.”

Shand’s nominators included faculty and staff. She has been active across campus with leadership roles in Spiritual Life and the Winchester Area Temporary Thermal Shelter and as a First-Year Seminar mentor, a tutor, an SU ambassador and more. Additionally, she helped build a partnership between Sodexo and local charities to pack unused food to provide for those in need as a part of the Campus Food Network. As a result of her work at Shenandoah, Shand completed a 2019 summer internship in Washington, D.C., with the Campus Food Network.

“To be honest, I’m not sure when she has had time to sleep while being involved in so many things and maintaining a high academic standard,” one nominator said of Shand. Another nominator added, “From the very beginning, I was impressed with Kaitlyn’s authentic energy and enthusiasm for connecting with others and inviting people into communities of belonging. She draws the circle wide so that everyone has a place at the table.”

This article has been edited slightly from the original version appearing on the Shenandoah University website.