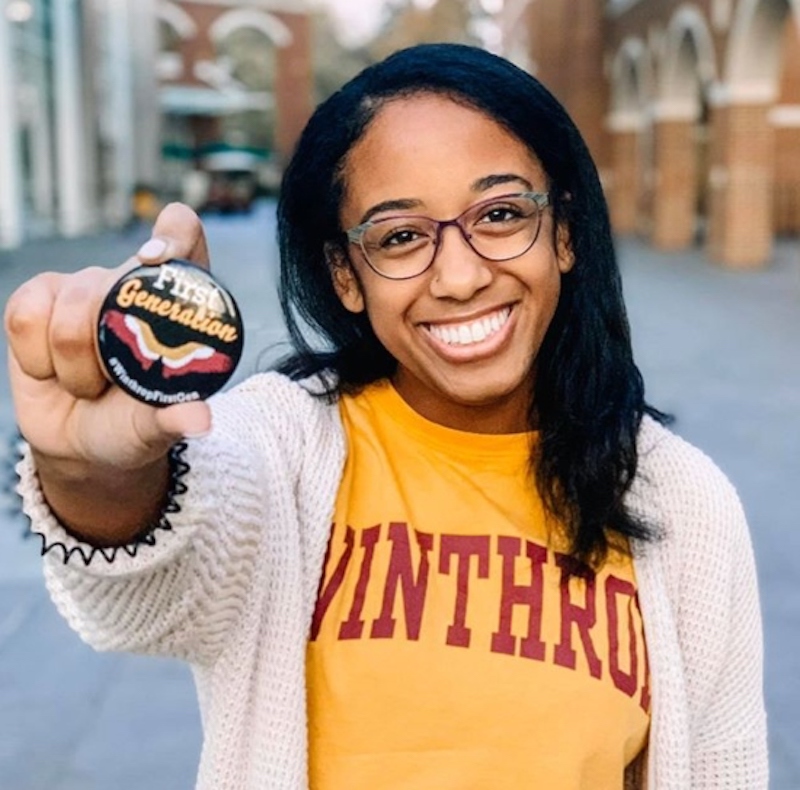 Sullivan Foundation partner school Winthrop University recognized two graduating seniors—Imani Belton of Simpsonville, South Carolina (pictured above), and Gabriel Dias of Joinville, Brazil—for their service to the campus and community with prestigious Sullivan Awards on May 6.

Since Winthrop’s campus is closed due to the pandemic, the award winners were announced on Facebook.

“We are extremely proud to present these awards each year,” said Shelia Higgs Burkhalter, vice president for student affairs at Winthrop. “Even though we could not celebrate these recipients in person, we still wanted to acknowledge their hard work, service, commitment and leadership that positively impacted Winthrop. These students have left their mark on our university, and we are very grateful for each one’s contributions.” 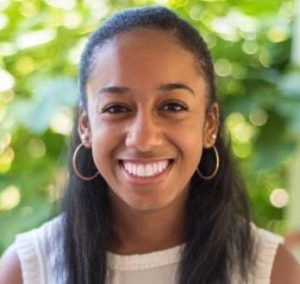 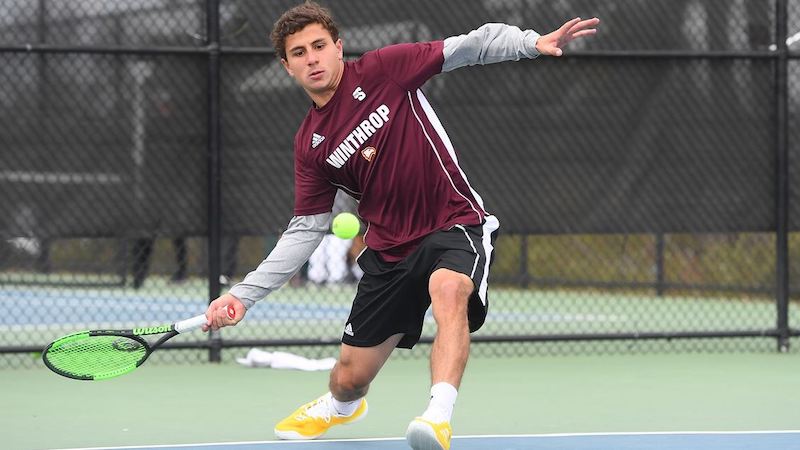 Gabriel Dias, winner of the Algernon Sydney Sullivan Award, is captain of the men’s tennis team and a noted scholar-athlete.

Business administration major Gabriel Dias captured the Algernon Sydney Sullivan Award. A member and two-time captain of the men’s tennis team, Dias displayed leadership on and off the court. He represented Winthrop and the Big South Conference on the student advisory group for the NCAA. The highly selective group consisted of just 32 student-athletes from across the country. Dias also served as president of Winthrop’s Student-Athlete Advisory Council and as a member of the CSL. He stood out in the classroom, earning a spot on the Big South Conference All-Academic Team during his junior year.

This article has been edited from the original story appearing on the Winthrop University website.