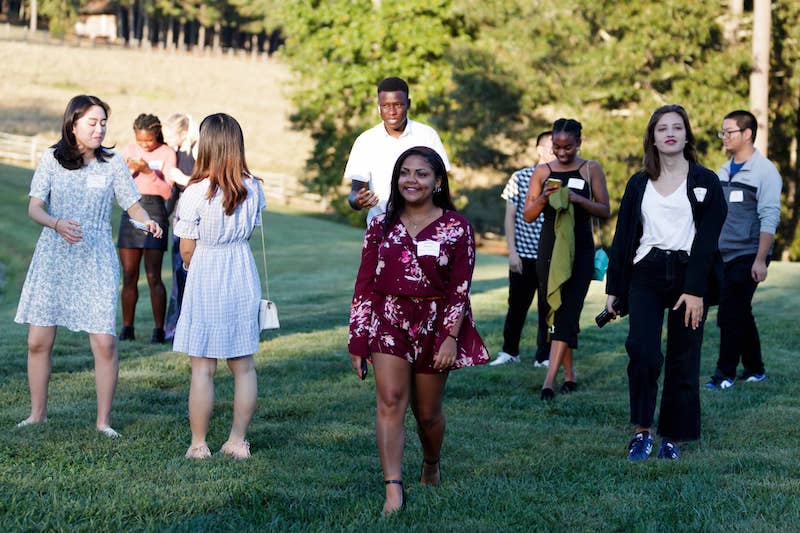 
Sydney Hencil, the 2022 recipient of the Mary Mildred Sullivan Award at Brenau University, doesn’t shy away from discovering the truth.

While attending high school in her hometown of Harare, Zimbabwe, Hencil remembers reading news about journalists who were killed for uncovering a story. The injustice of the situation sparked something within her.

“I felt like, ‘Wow, these people are so brave, they risked their lives to tell a story,’” Hencil recounted. “I’ve always liked writing. I said to myself, ‘I want to do that. I want to be this person who tells the truth.’”

Hencil took her passion for journalism to Brenau in 2018, after receiving a one-year cultural scholarship through the Georgia Rotary Student Program. The graduating senior said she’ll never forget her first day on campus, which marked her first time in the U.S. She remembers interacting with soccer athletes, who helped her move into her dorm, and meeting her first roommate.

“It was overwhelming, but it was a beautiful chaos,” Hencil said. “The only thing I knew about America was through movies and what my brother had told me.” 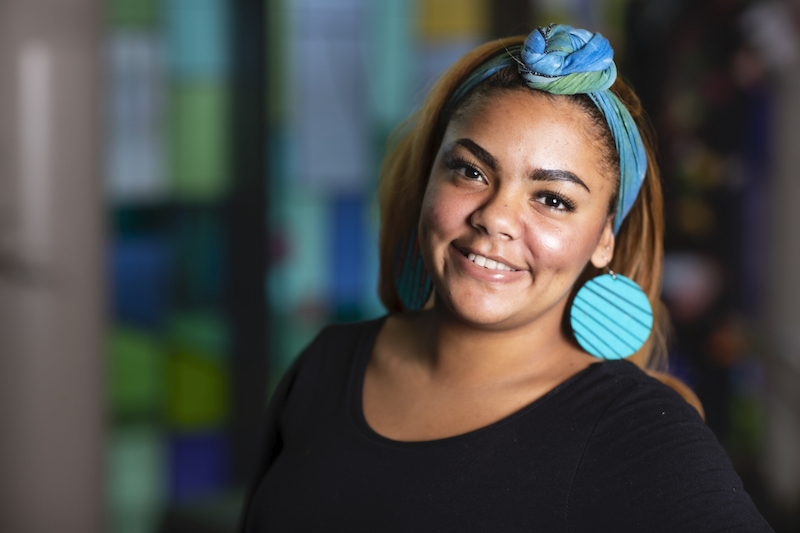 As she waited in line to register for her classes, Hencil said she was tempted to move from the mass communication line into the theatre line. Back at home, she had acted in a performance of “The Lion King,” and she loves dancing.

However, like many journalists, she went with her instincts. She chose mass communication, and within a month, Hencil knew she was where she needed to be. “Within the mass communication program, I was learning how to be on the radio in my first year,” she said. “Not many people can say that. To me, that was amazing. I just really felt that there were more opportunities here for me at Brenau in my program and in what I wanted to do than there would’ve been had I gone to another school.”

Hencil has served as the managing editor for The Alchemist, Brenau’s student newspaper, and was inducted as a member of Alpha Lambda Delta, the national honor society that recognizes academic excellence, leadership and community service in the first year of college.

Additionally, she is president of the Brenau International Club, an International Ambassador, and a member of the Black Student Association.

Meanwhile, Hencil never lost her love for dancing. She’s also a member of Brenau’s competitive dance and spirit cheerleading teams. And she has a real talent for social media, where she shares her love of pop culture—everything from tacos and ramen noodles to K-pop—on The Weekly Tea With Syd on Instagram Reels and posts entertaining TikTok vids that earn thousands of likes. 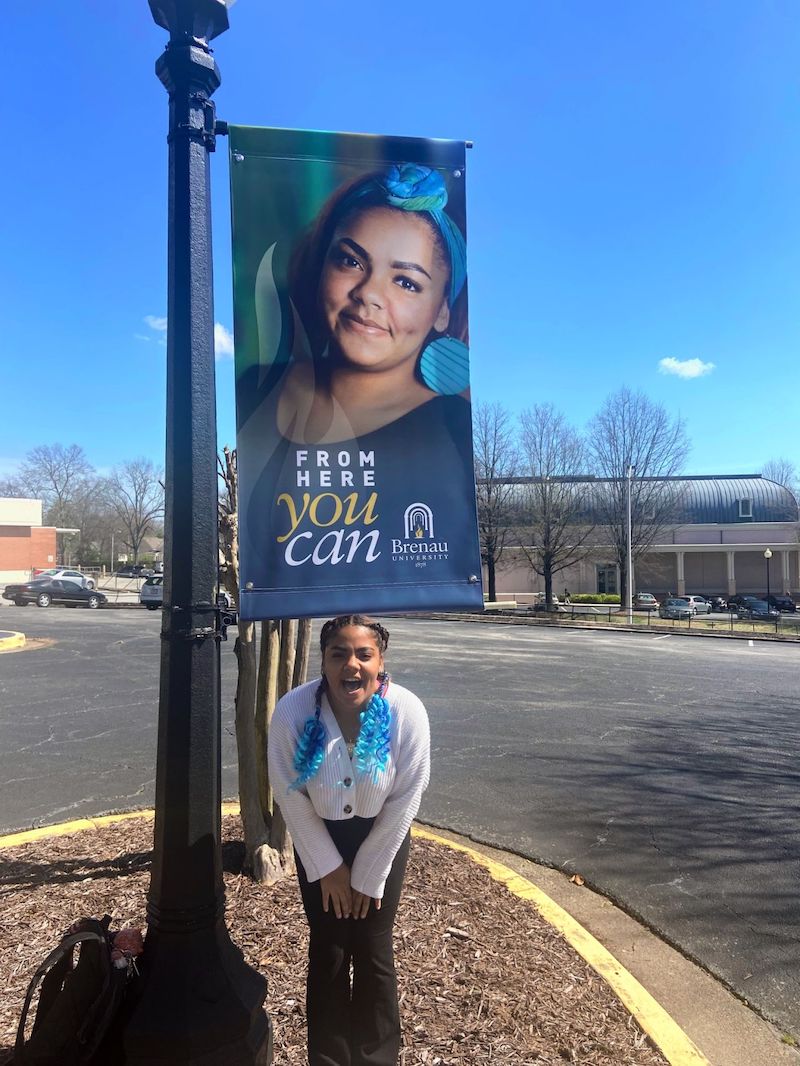 If you’ve attended an event on Brenau’s Gainesville campus, you’ve probably seen Hencil. The senior said she makes it a point to meet people of different backgrounds and stay involved at the university. She is also featured in banners around campus for Brenau’s “From Here You Can” campaign, which shines a spotlight on student leaders.

Hencil said one of her best pieces of advice for other international students would be to “make as many local friends as possible” and “don’t be afraid to dive in.”

“As much as you’re scared to talk to other local students and you want to talk to them, they’re thinking the same thing. Just try to be the first one to spark that conversation,” she said. “You have your friends from home, and you have your local friends. You’ll become really immersed in all this culture, and it’s amazing.”

After she graduates in May, Hencil said she plans to work for another year in the U.S. within her field. Right now, she’s particularly interested in writing and filming documentaries, but she’s open to any journalism opportunities that come her way. “Honestly, I’ll be happy with whatever I can land in the media,” she said. “I know I’ll be happy because I love all aspects of it. I love the writing. I love the content creation. I love anything about mass comm. I’m enjoying myself right now.”

This article has been edited and expanded from the original version appearing on the Brenau University website.