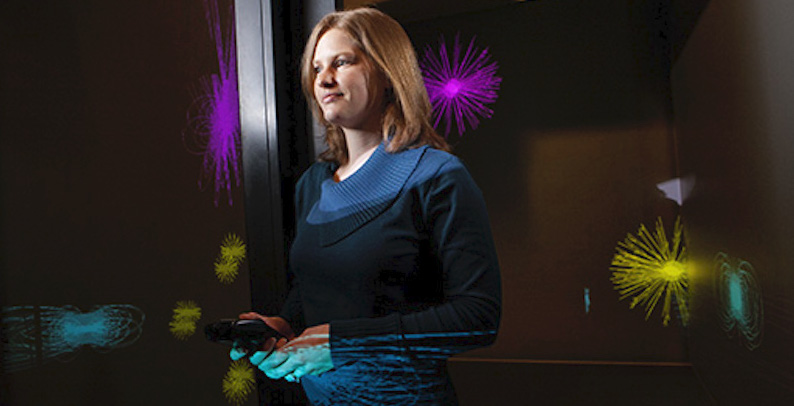 Harvard’s president lost his job. So did a Google researcher. Mattel recalled a new version of “Barbie.” Each was a consequence of reinforcing the harmful stereotype that girls and women can’t compete with boys and men in science and mathematics.

The stereotype not only is damaging, it self-perpetuates. It contributes to the difficulty of convincing more young women to study and enter those fields—where they already are underrepresented—because they think they will do poorly, said Tabitha Peck, assistant professor of mathematics and computer science at Sullivan Foundation partner school Davidson College.

Advances in science and technology fields happen when people with a variety of perspectives examine a problem. If some groups are underrepresented, if the perspectives are limited, then so is the creativity and innovation applied to the problem.

Peck had a question: Is it possible to use virtual reality to minimize the negative effects of stereotype threat?

Virtual reality is helping her find the answer, and the National Science Foundation is putting money behind the effort through a coveted early CAREER grant awarded this year.

Coined by Stanford psychology researchers 25 years ago, “stereotype threat” is a phenomenon in which people unwittingly fulfill negative stereotypes about their groups. Even if they don’t believe the stereotype, just knowing about the stereotype and being in a situation where the stereotype is relevant—for example, a math class—can disrupt performance.

“If they care about a test—say, the SAT,” Peck said, “and it’s challenging and they are reminded of their membership in that group (women), their performance goes down. You have a fear of conforming to the stereotype and harming your entire group.”

The same phenomenon applies to any group that is negatively stereotyped—for example, white men in sports or marginalized racial groups in academics, said Peck.

But what if they see themselves differently, in a way that the stereotype would not affect them? 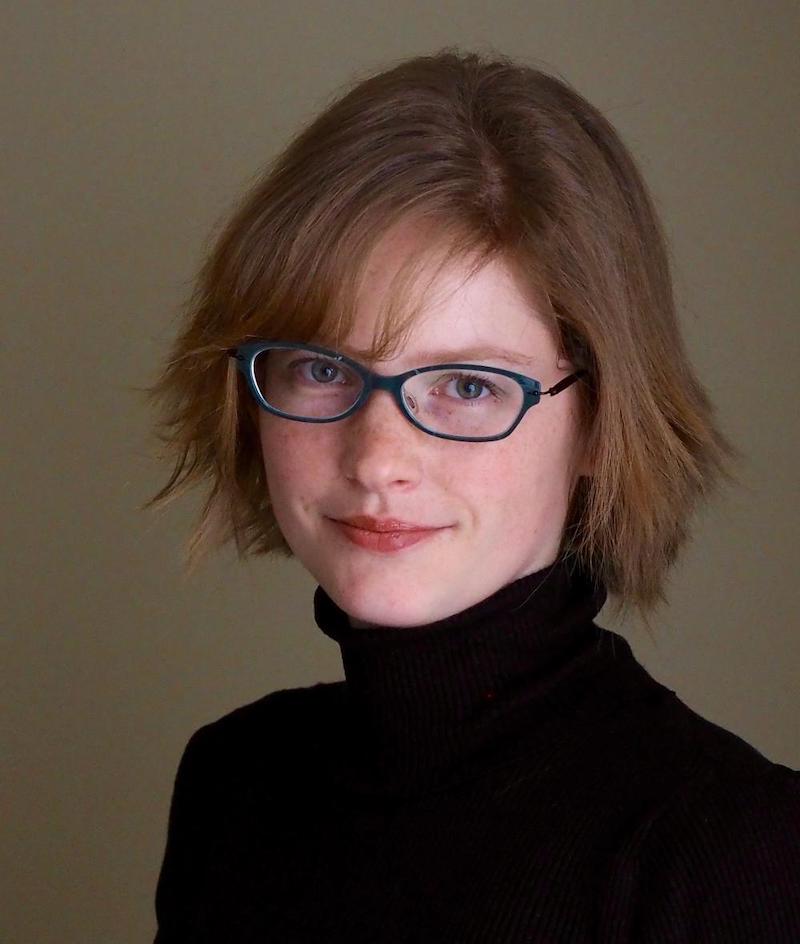 Gauging the Threat
Peck studies the psychological effects of people wearing self-avatars inside virtual environments. She and co-researcher Jessica Good, an associate professor of psychology at Davidson and expert in how social identity affects behavior, wanted to investigate using virtual reality to let people see themselves as someone else: for example, as a different age, race or gender.

“Jess and I hypothesized that, if you take women and put them in male avatars,” Peck said, “they would be buffered from the stereotype threat.”

Through 2018 and 2019, they enlisted the help of eight student researchers and recruited almost 200 participants, mostly students from Davidson College and the Davidson community. Participants donned a VR headset and were given a virtual body of either a man or woman. While sitting in what appeared to be a classroom environment, participants completed a set of complex visuo-spatial tests.

Related: Dr. Sarah Imam of The Citadel teaches students the human side of medicine

Importantly, some participants were told that men and women scored differently on these tests, while others were told there were no gender differences. Just being aware of gender differences on a visuo-spatial test is enough to cause a “threat in the air” for women, making them concerned about performing poorly. 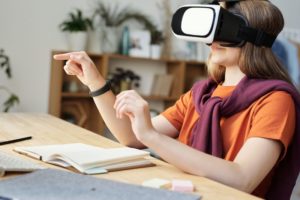 “You could see yourself in a mirror in VR. You had a computer in front of you and you were going through this quantitative test,” said Sarah Hancock, a Davidson senior who participated in an early round of the research. “It threw me off that I was male, but I was interested to see how this affects me.”

Hancock, a math and computer science major from Richmond, Virginia, participated in the study as partial fulfillment of a requirement in an introductory psychology class during her freshman year. She wasn’t told her results, but her personal experiences highlight the importance of studying women’s experiences in math and science environments.

In high school she started sitting in the front of the class so that she did not see her underrepresentation in the class; instead, she focused only on herself and the instructor. After participating in Peck’s and Good’s research, her seat choice started making more sense.

“I don’t see [that] I’m a minority in a class of males. I’m just looking at the professor and the screen,” Hancock said. “Recognizing that, I really appreciate that they’re doing work investigating stereotype threat.” 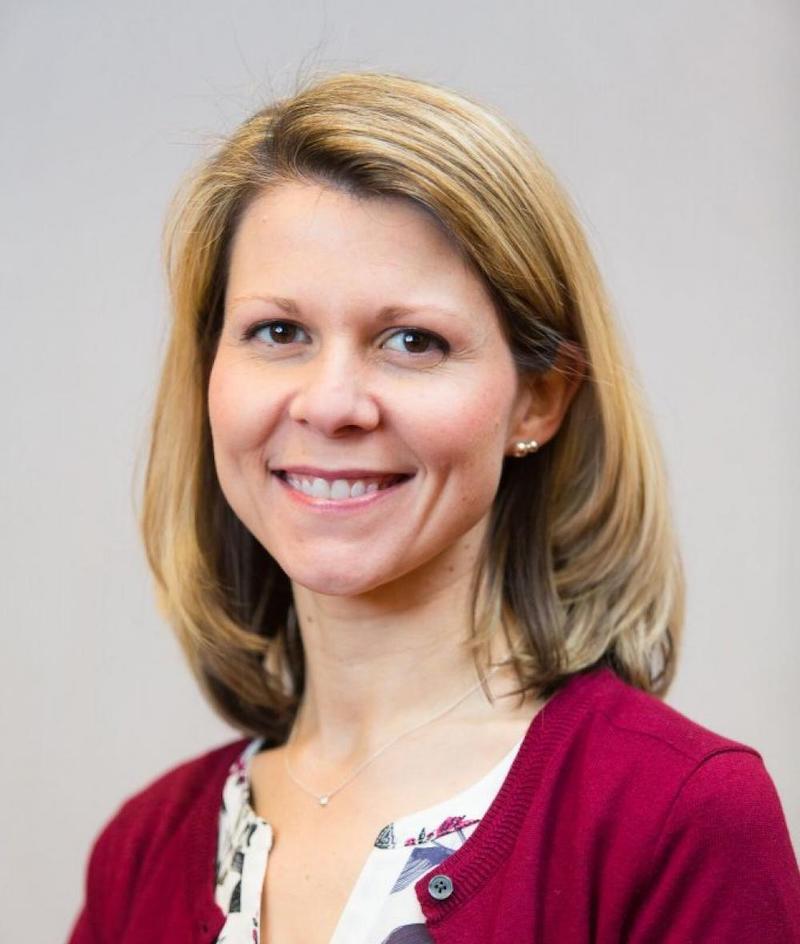 Switching Identities
Social psychological researchers have long known that de-emphasizing a stereotyped identity can help protect people from stereotype threat, but what about switching identities altogether?

More than a decade ago, researchers at Stanford identified the Proteus effect, named after the Greek god who could transform into animals or even water. The research demonstrated that a virtual reality user behaves differently in that environment based on their avatar.

The user knows that other people in the virtual environment ascribe certain characteristics to the user’s avatar, and the user’s behavior is affected by those perceptions, or stereotypes.

Peck’s and Good’s results were published in 2018 in a special edition of IEEE Transactions on Visualization and Computer Graphics, with follow-on work published in 2020 in the proceedings of the ACM Computer-Human Interactions Conference. They first affirmed that the harmful effect of stereotype threat could be found in a virtual environment.

They showed that women’s performance on a visuospatial test suffered when they were placed in a female avatar and told that men and women score differently on the test, compared to when women in female avatars were told there were no gender differences in test scores.

However, when the women were placed in a male avatar and reminded of a gender difference, their performance did not suffer.

It wasn’t just women participants who were affected, Good said. “Everybody who was in a female avatar under stereotype threat had lower math confidence than if they were not under threat.” 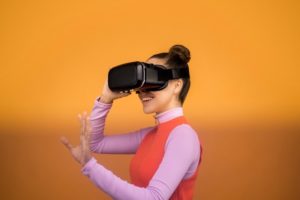 Photo by Sound On from Pexels

Ultimately, the gendered avatar switch worked. It was capable of buffering against stereotypes, but people can’t walk around in VR headsets all the time.

Peck and Good argue that their work has promising and realistic future implications. For example, they are interested in understanding whether VR technology can be utilized in real classroom settings (both in person and remote classrooms) to address real experiences of stereotype threat.

The pandemic has expanded the use of virtual tools, including virtual environments and virtual identities. We have all played around with changing our virtual background in Zoom, and lots of virtual educational institutions use avatars as stand-ins for live teachers. Our familiarity with virtual tools, developed out of a tragic global necessity, has paved the way for use of the kinds of technology that Peck and Good are researching.

This article has been edited slightly from the original version appearing on the Davidson College website.