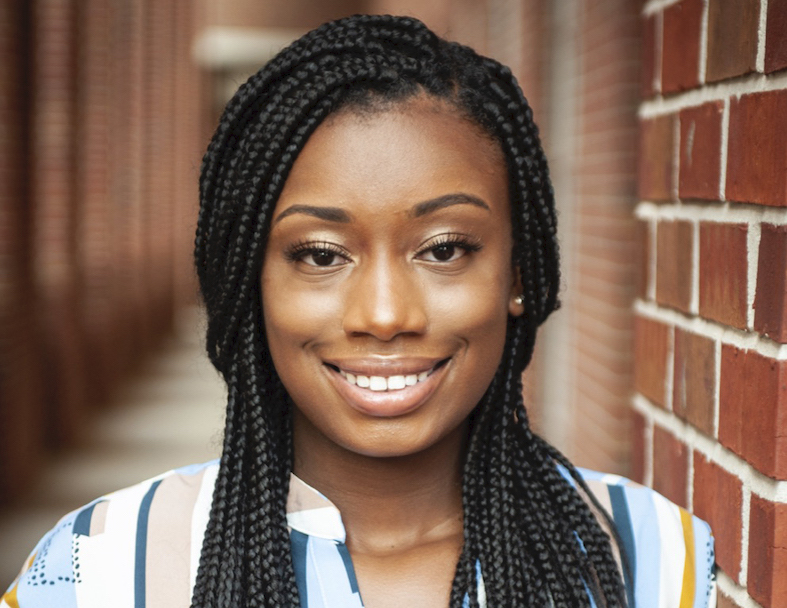 Although Tatiana Davis already had a proven record of success before coming to the University of Mississippi, a Sullivan Foundation partner school, the Sally McDonnell Barksdale Honors College freshman is out to become an even better version of herself.

“My biggest goal is to have an impact on others and leave this campus having made a lasting impression,” said the Brandon, Miss. native, a biology major with a minor in chemistry. “I was always taught that if you have a chance, leave every place you touch or encounter better than you found it.”

Davis, the daughter of Renae and Anthony Williams, did exactly that at Brandon High School, where she created the school’s first Black Student Union—later renamed Multicultural Ambassadors—in an attempt to increase diversity and create a welcome environment for minority students. “I wanted to create a club that increases the awareness and appreciation for minority students but also gave them a voice,” she said. “After hard work and dedication, our club grew to more than 150 members.”

Under Davis’ leadership, the Multicultural Ambassadors introduced interactive events such as “No Phone, New Friends Fridays,” which encourages students to put away their smartphones and have conversations in the lunchroom with peers they don’t know. Multicultural Ambassadors also emphasized Black History Month, led orientation/pep rallies for upcoming students, provided college campus visits to historically black colleges and universities, brought speakers to the school and created the first homecoming dance following the school’s basketball games.

“Everything we accomplished gives a sense of the impact the club made,” she said. “The academic accommodations and the production of events to bridge diverse backgrounds led other teachers to reach out and ask about how to start a similar club at their own schools.”

For all her achievements, Davis, who was also Brandon High School’s first African-American salutatorian, wasn’t always confident that she could accomplish the things she set out to do. “Typically, I tend to doubt my abilities and lack confidence in myself,” she said. “Although I still struggle with this, I overcame this by stepping outside my comfort zone and applying and running for things I typically would not have.”

“Having support and encouragement from others has helped me realize the true value of myself,” Davis added.

Davis cited Stephanie Murphy, her former basketball coach, and Marcus Stewart, her principal at BHS, as two people who inspired her in high school. “They taught me how to overcome adversity as an African-American in our society,” she said. “They saw something in me that others didn’t and continued to challenge and encourage me throughout my high school career. Their love and dedication play a big part in the reason I am where I am today.”

As a freshman at Ole Miss, Davis plans to get more involved in clubs and the Honors College. She also wants to obtain internships and research positions and attend medical school after graduation.

Davis seems poised for greatness on campus and beyond, said Douglass Sullivan-Gonzalez, dean of the Honors College. “Tatiana demonstrates her commitment to excellence through her ability to soar academically while balancing extracurriculars,” he said. “She is already immersed in the citizen-scholar life and was recently elected as an Honors College ambassador.”

Davis was one of 267 students across the country to earn a prestigious Stamps Scholarship to attend Ole Miss. She said it was a boost to both her finances and her confidence level. “Last year around this time, I wasn’t sure how I was going to pay for school,” she said. “My hard work and dedication led me to this great opportunity that I am so thankful for.”

Reflecting on her time at Brandon High School, Davis said she is most proud of using her positions to advocate for the young minority students behind her. “As a result of my multiple positions in the school, I often got to meet with administrators to discuss things such as including African-American studies classes [in] the curriculum or providing the teachers with diversity training,” Davis said.

“Doing these things was important to me because the voices of minority students needed to be heard. I think I did just that.”

This article has been edited from the original version appearing on the University of Mississippi website.