Tejas Dinesh Earns Sullivan Award at the University of Alabama 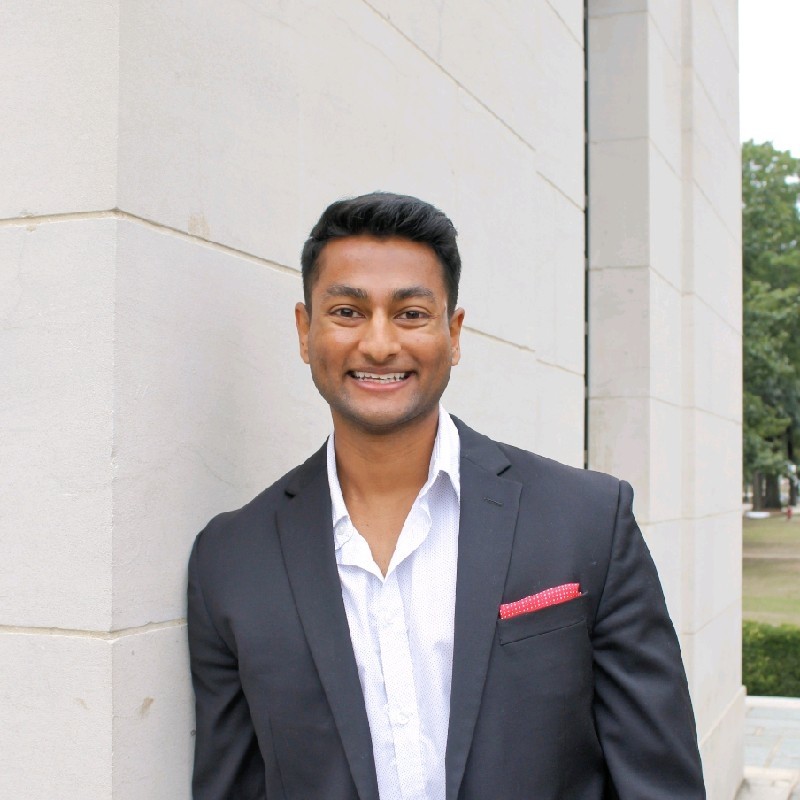 Senior Tejas Dinesh, a double major in history and environmental engineering at the University of Alabama, has received the Algernon Sydney Sullivan Award, one of UA’s premier awards.

As a part of the University Fellows Experience, Dinesh, a native of Ohio, has served the West Alabama region through “Project Catalyst,” which provides creative writing seminars for area high school students. He worked with 10th-grade students in Perry County.

Dinesh was the founding president of Capstone Commission on Socially Responsible Investing and has been a member of the Honors College Assembly and No Strings Attached, an all-male a capella group.

The Sullivan Award application includes an essay prompt to define character. In his essay, Dinesh wrote about how his mother learned that she was pregnant with him in a session with a palm reader—an old custom in India. He continued by acknowledging Indian stories and culture that feature characters with larger-than-life achievements, then turned the whole idea on its head. For Dinesh, character is about exhibiting small acts of bravery and planting small seeds that may never blossom for him to see but will affect those after him.

The University of Alabama has been presenting the Sullivan Award since 1935. Notable UA recipients include Frances Summersell, one of its most generous benefactors and the person for whom the university’s Summersell Center for the Study of the South is named. Another notable recipient was George LeMaistre, a prominent white attorney, banker and professor who publicly challenged Alabama Governor George C. Wallace on the issue of segregation.

This article has been edited from the original version appearing on the University of Alabama website.