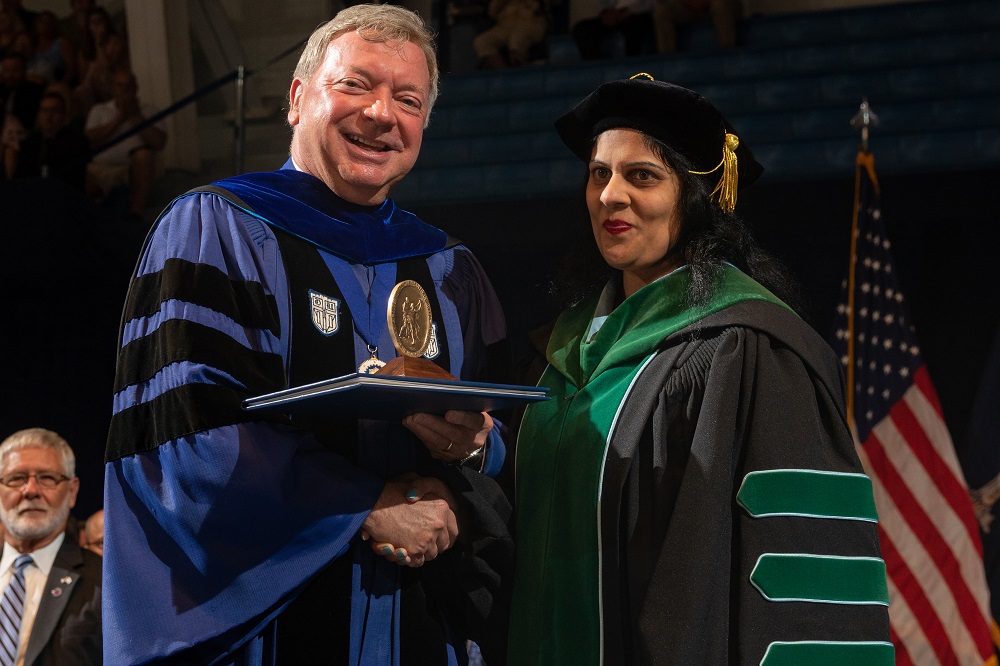 A student and a professor at The Citadel received the Algernon Sydney Sullivan Awards during the military college’s recent commencement exercise.

Dr. Sarah Imam, a professor in the Department of Health and Human Performance, and Matthew Lanetti were this year’s recipient of the Sullivan Awards, which includes a bronze medallion and honors individuals of “high thought and noble endeavor.”

Dr. Imam (pictured above) “embodies the richest qualities that define the Sullivan Award,” according to a statement issued by The Citadel. Examples of her service and compassion can be noted in her work at the Lowcountry Food Bank, Random Acts of Kindness, the Special Olympics Buddy Dance, a free medical clinic, and MUSC volunteer programs.

Complementing her involvement with numerous outreach missions, Dr. Imam is also responsible for the establishment of The Citadel’s globally recognized healthcare study abroad program to Lithuania. “For the spirit of love and helpfulness that she has exhibited, we are pleased to present Dr. Sarah Imam with the Algernon Sydney Sullivan Award,” The Citadel statement reads. 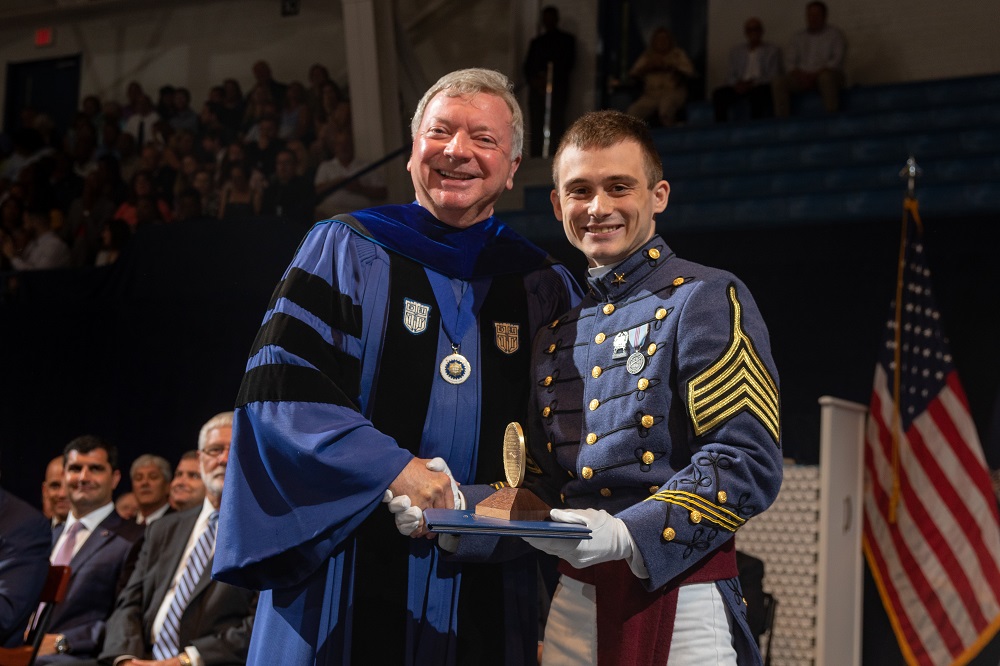 Lanetti is a student in the Honors Program, with double majors in Chemistry and French, a Star of the West Scholar, and the recipient of several academic awards. In support of all academic initiatives on campus, he served this year as the Regimental Academic Officer, where he was a liaison among the Provost’s office, faculty, and students. Through his leadership, 26 new cadet non-commissioned academic officer positions were established.

Lanetti has been involved in service to The Citadel and the Charleston community. As an Eagle Scout, he volunteered with local Boy Scott troops and served as a volunteer at The Charleston STEM Festival and in chemistry outreach activities. Upon graduation, Lanetti will enroll in the Ph.D. in Chemistry program at the University of North Carolina, Chapel Hill. “In memory of Algernon Sydney Sullivan, whose kindness and love of his fellow man forever endures, The Citadel is proud to present the Algernon Sydney Sullivan Award to Cadet Matthew Lanetti,” The Citadel stated.