The world inside a house 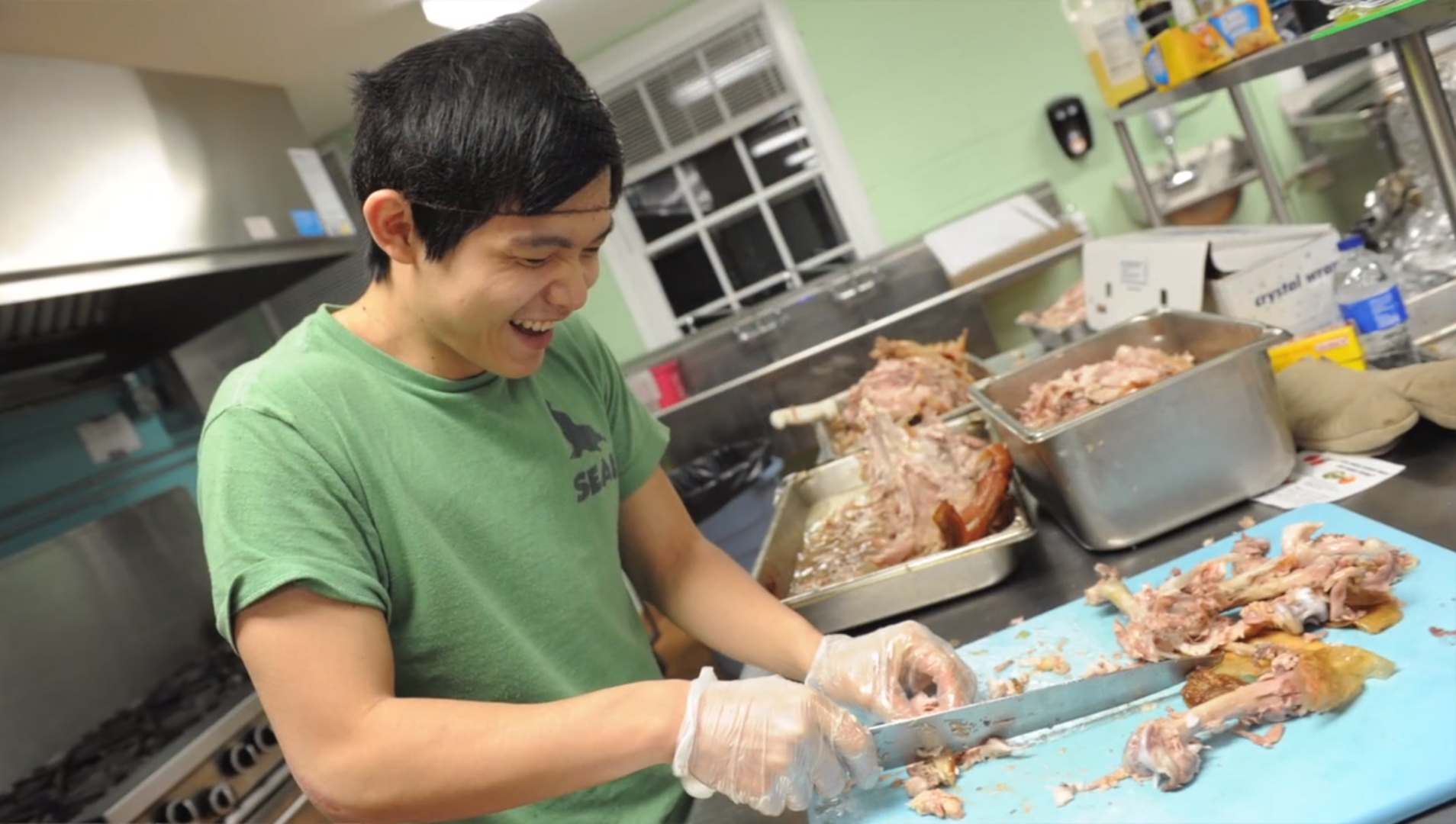 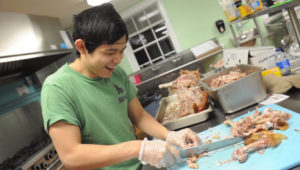 A Service House student chops meat while working at the Campus Kitchen at Washington and Lee, a project that reuses food that would otherwise go to waste. The CKWL is a primary service project for house residents.

During a snowball fight last year at Washington and Lee University’s Global Service House, the camaraderie of students could be heard in their laughter.

“It was really exciting, because a lot of us had never played in snow before,” says Sofia Sequeira, a native Costa Rican and the house’s former resident adviser. “It really made us bond and become close friends.” 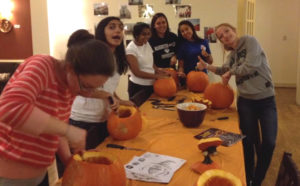 Students goof around while carving pumpkins

In addition to bringing international and domestic students together, the house unites students that care about service. When Larry Boetsch, director of W&L’s Center for International Education, was researching the university’s Global Learning Initiative, he discovered that a high percentage of international students volunteer in the local community.

“What satisfies me the most is that the students themselves have really taken the initiative to make this work,” says Boetsch. “They’re a terrific group of students, and they understand exactly what we are trying to do. We haven’t set any rules or guidelines with regards to the way the house functions; the students have done it on their own. So they are responsible for its success.”

Bringing it all home 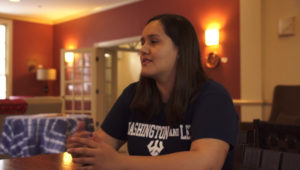 The experience of living there is as illuminating for domestic students as it is for international students.

“I have learned more about the cultures of other students and about the world than I ever thought I could without actually leaving the United States,” says New Jersey native Maya Epelbaum.

Trevin Ivory from Oklahoma City agrees. He and his housemate, Mohammed Adudayyeh, who is a Palestinian from the West Bank, have formed a friendship and started a dialogue.

“Mohammed and I have had many discussions about the differences in our cultures,” he says. “He’s Muslim and I’m Christian, so we’ve talked about the differences between our two religions. We all know each other and we all like each other, so it’s a very fun time. It also allows me to interact with people I wouldn’t normally be able to, such as students from Brazil or Germany.”

Serving side by side 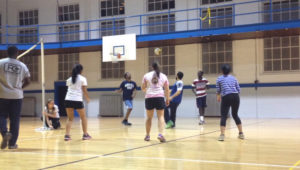 In addition to learning from each other and serving together, students in the house find time to have fun

The students have provided their peers with new opportunities by introducing each other to their personal volunteer projects.

“A lot of students are really committed to community service, and they invite other students to their activities, such as volunteering for Habitat for Humanity, recycling, or tutoring children in Lexington,” says Sequeira.

The facility is, in fact, a tangible manifestation of W&L’s Global Learning Strategy.

“The students in the Global Service House today are a special group,” Boetsch says. “Honestly, I think it is an achievement of which we should be very proud and something which, in terms of the whole global learning initiative, is absolutely essential.”

This article is an edited version of a piece that appeared originally on W&L’s website. For more W&L news, visit columns.wlu.edu.