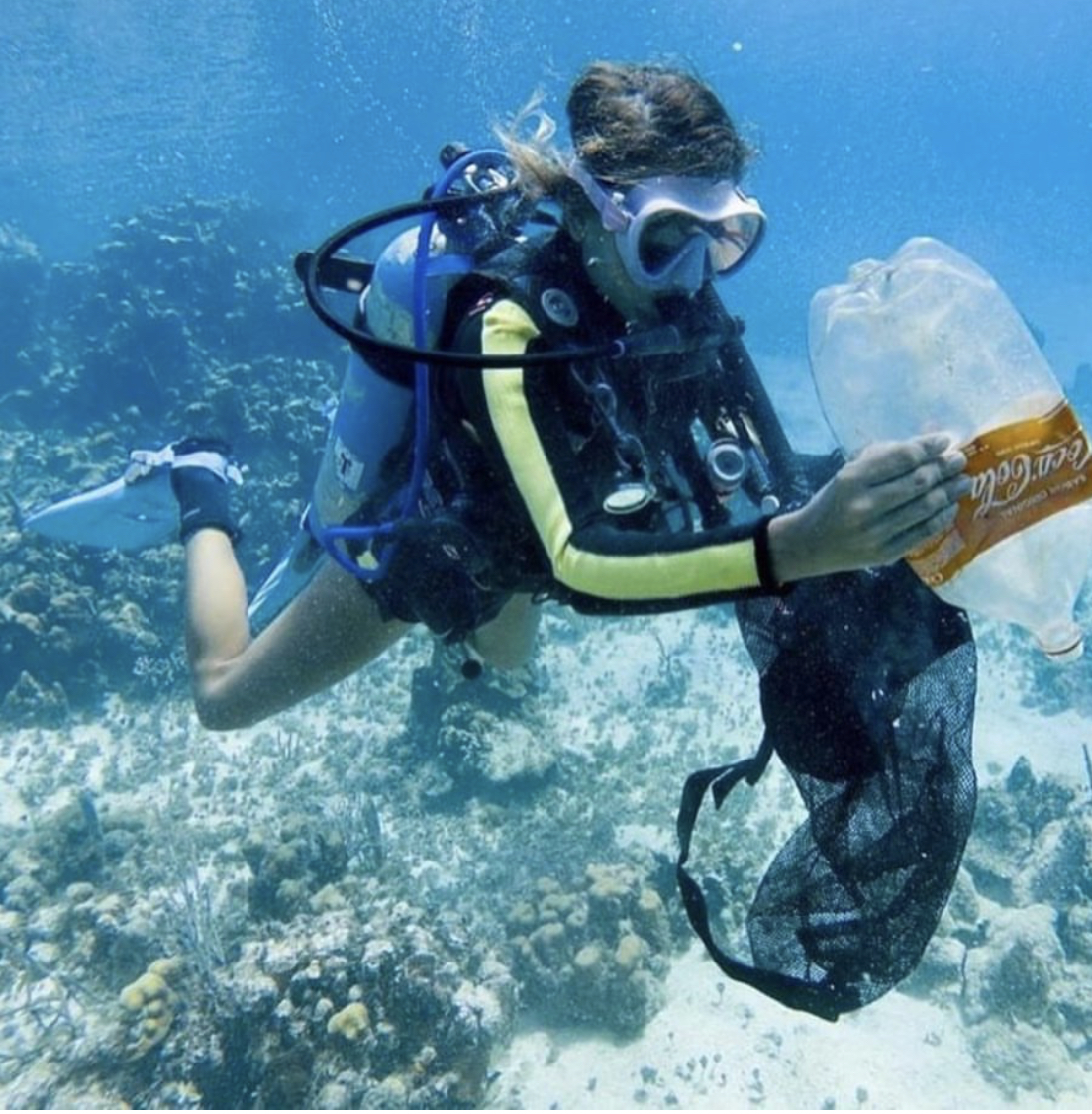 Coca-Cola is a leading contributor to the global plastic pollution crisis, but now the company says it wants to help solve the plastic-waste problem.

Branded the world’s “most prolific polluter” by Greenpeace last year, Coca-Cola has promised to reduce its contribution to plastic waste, but it won’t give up its addiction to plastic entirely.

After admitting to generating 3.3 million tons of plastic in 2017 alone, the soft drink/water bottler announced in August that it will unveil new packaging, including aluminum cans and bottles, for its Dasani brand of water, according to CNN. Coca-Cola said it will continue to sell Dasani in plastic bottles, too, but the amount of plastic will be reduced through a process called lightweighting.

Greenpeace notes that recycling “is not a feasible solution to the plastic pollution crisis.” Many of the recovered pieces of plastic collected in the cleanups were plastics “that are very difficult or impossible to recycle in most places around the world.” These include polystyrene (PS), polyvinyl chloride (PVC), single-layer plastic film (SL) and multilayer plastic bonded materials. Other collected materials, such as cigarette butts, textiles, diapers and sanitary napkins, can’t be recycled at all.

“Multilayer materials—a mixture of plastic and other materials bonded together in layers—are especially pernicious,” the Greenpeace report notes. “These packaging types are common in the form of snack and potato chip bags, shelf-stable packaging and juice pouches.”

“We cannot recycle our way out of this plastic pollution crisis,” the report stated. “We must recognize the responsibilities of corporations and plastic producers to innovate and implement whole-system redesign to make the use of plastic packaging unnecessary.” 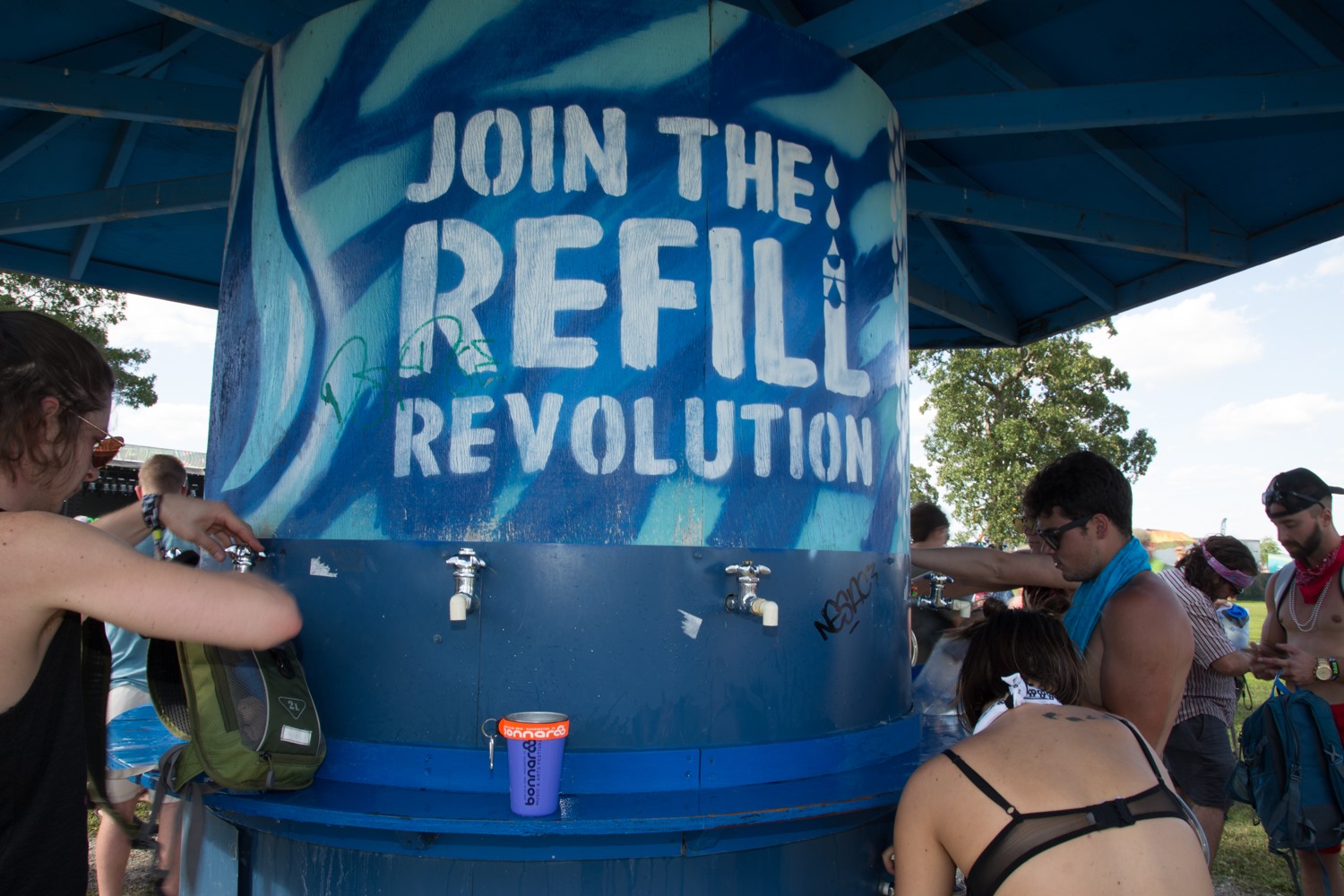 In response to the plastic pollution crisis, more people are choosing to use refillable water bottles, prompting a change in policy at major bottled-water brands like Dasani. (Photo from Plastic Pollution Coalition)

The report noted that even when companies use recyclable plastic in their packaging, most of the plastic never actually gets recycled. Bottles made out of polyethylene terephthalate (PET) may be recyclable, but most of them end up in the trash anyway. One analysis found that “we are producing more than 1 million PET bottles per minute worldwide.” That amounts to more than 525 billion bottles per year, although those estimates are three years old and the number has likely grown since then.

Coca-Cola says it’s “ready to do our part” to reduce plastic waste. As CNN reports, it has promised to collect and recycle the equivalent of every bottle or can it sells by 2030. It has also committed to making its bottles and cans out of at least 50 percent recycled material by that same year.

PepsiCo, meanwhile, also seems to be getting the message. The No. 2 soft-drink company said it will start selling its Aquafina water in aluminum cans at fast food and restaurant chains by 2020. It’s also reportedly testing a broader rollout of the aluminum packaging to retail stores.

In another promising move, both Coca-Cola and PepsiCo announced earlier this year that they were withdrawing from the Plastics Industry Association, a major plastics lobbying group. Both companies, along with Nestle, Unilever and Mars, Incorporated, have also signed on to the Ellen MacArthur Foundation’s New Plastics Economy Global Commitment, meant to address plastic waste and pollution at its source.

For brands like Dasani, a move to more sustainable packaging might be a necessity, especially as many environmentally conscious consumers make the move to refillable water containers instead of buying water in plastic bottles. “We really think about the future of this brand differentiating on sustainability credentials,” Dasani’s brand director, Lauren King, told CNN.