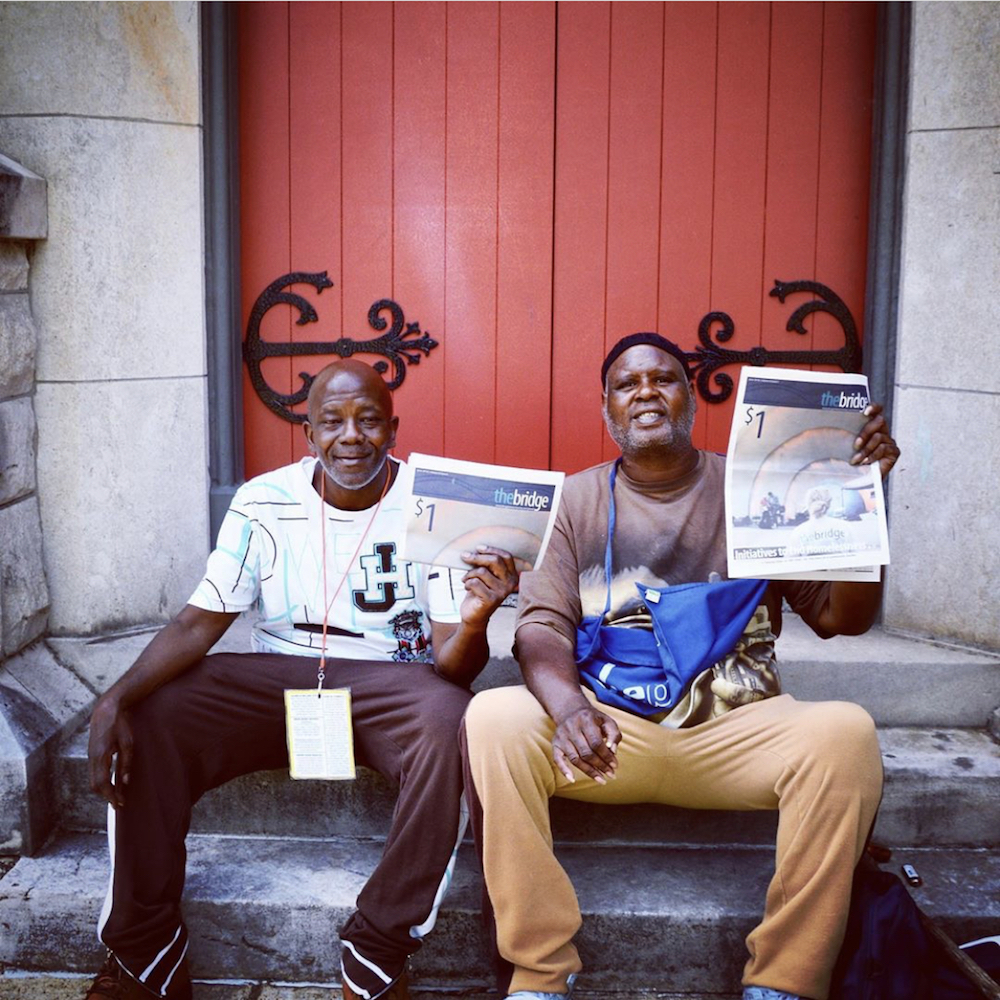 Campus leader Jacob Fontaine knew he had a passion for Memphis before he even attended his first class at Sullivan Foundation partner school Rhodes College.

Fontaine, an economics and international studies bridge major from Flower Mound, Texas, serves as editor-in-chief for The Bridge, a nonprofit Memphis street newspaper founded and run by Rhodes students that seeks to provide a self-generated income for its vendors: Memphians experiencing homelessness. They sell the paper on the street, keeping the full profit from each sale.

The Bridge was founded in 2013 and, as of March 2018, vendors collectively had earned $35,000 to $45,000 in earnings annually in sales of the Memphis street newspaper. Vendors can also submit their own articles to the publication, giving voice to the homeless and lending a human face to the homelessness experience. After becoming certified vendors, they receive 20 free copies of the month’s edition and can purchase additional copies for 25 cents each. The street newspaper sells for $1 per copy. 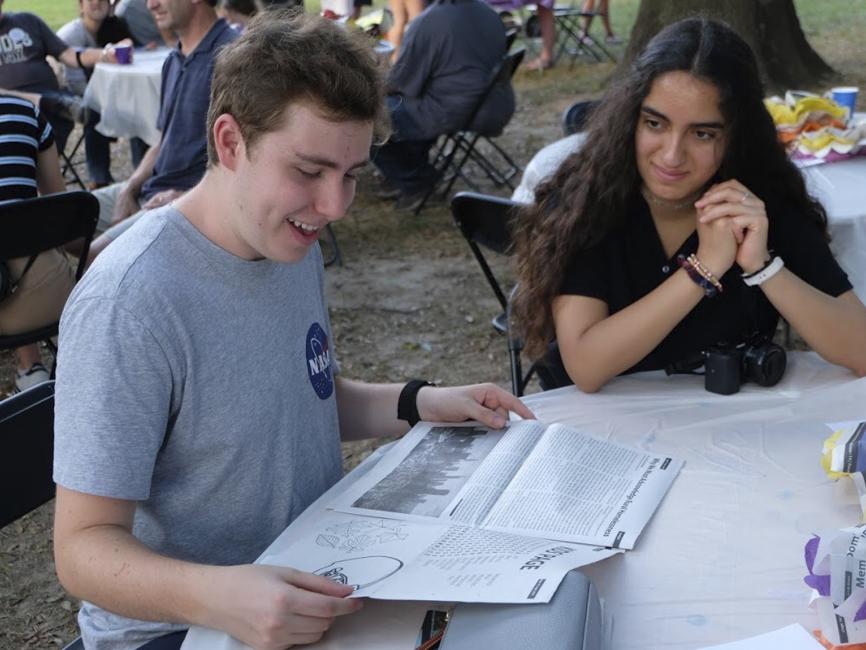 “I first heard about The Bridge on my campus visit to Rhodes when I was a prospective student,” Fontaine said. “It was something that I immediately got very excited about and hoped to become a part of when I came to Memphis. As my dad and I traveled around the city, we met a lot of vendors and got to hear about the real impact that the paper was making.”

Once at Rhodes, Fontaine began as a staff writer on The Bridge and was promoted to section editor by the end of his first year, and then editor-in-chief by the spring of his sophomore year. Now, after spending a summer in England at the London School of Economics and working with vendors of London’s street newspaper, The Big Issue, Fontaine has ideas to make The Bridge even more meaningful to vendors and Memphis.

Fontaine first heard about the London School of Economics while doing research in the Study Abroad Office and applied with the help of Dr. Erin Hillis, the director of international programs. Marshall Gramm, a professor in Rhodes’ economics department, was also helpful in ensuring the credits he gained abroad would transfer back to Rhodes. While in London, he juggled taking courses with assisting The Big Issue’s vendors. 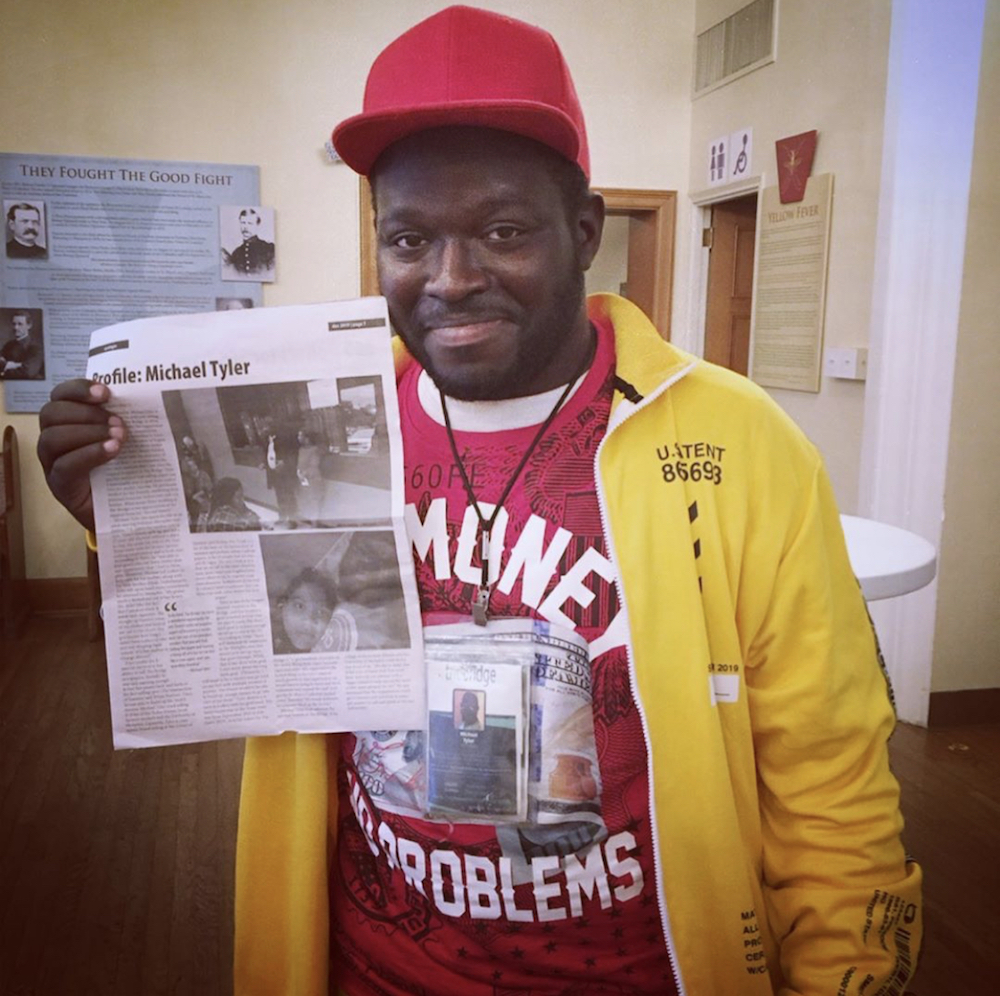 Michael Tyler, a vendor of Rhodes College’s The Bridge, was also profiled in a recent issue of the street newspaper.

“I originally reached out to the opinion editor of The Big Issue just to begin a relationship between The Bridge and an international street newspaper organization. The opinion editor was excited to hear from me—he was looking for stories about people experiencing homelessness from around the world, so one of our vendors got the opportunity to be published in a newspaper with a readership of thousands.”

Fontaine says his time in London helped him to see the overlaps between economics and questions about poverty. “Homelessness, in general, can be analyzed using economic principles, and I think that these principles can be used as tools to gauge homelessness in upcoming years. There are several new movements in economics that really focus on maximizing welfare versus just financial gain.” 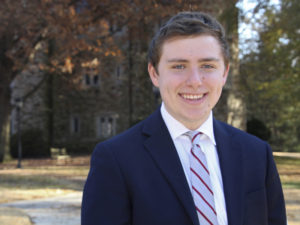 This year, Fontaine is working to incorporate what he learned from The Big Issue into The Bridge. “Their style of storytelling really resonated with me. Another thing that I liked was the design and the way that their organization is structured. I did a lot of restructuring when I came in as editor. I created a lot of new editing positions, a managing editor and a copy editor, and really focused more on training our writers. We’ve brought in Dr. Kelly Weeks of the business department to work with us on our business model to help us continue to maintain our core values as we expand while strengthening our relationships with vendors and the Memphis community.”

Fontaine credits Rhodes with providing a network of dedicated volunteers who feel passionately about spurring growth and change in their community. “It’s really challenging to produce an entire publication on a volunteer basis,” Fontaine said. “I think it is unique to be surrounded by such a large number of people who dedicate such a great amount of time to [the street newspaper] every month. It is really illustrative of Rhodes students in general, who are consistently trying to find a way to get involved in meaningful ways.”

Fontaine hopes to use economic principles to drive human change in the future. After graduating, he seeks to further his work within the community using the lessons he learned while in London. “Examining case studies of countries in a comparative way helped me understand the impact fiscal policy can have on alleviating, or causing, domestic poverty. The next generation will need to approach global and domestic inequalities with a human-centered approach to economic policy. I hope I can be a part of that policy making.”

This story was adapted from the original article by Samuel Brown appearing on the Rhodes College website and a press release by Meg Jerit from March 2018.