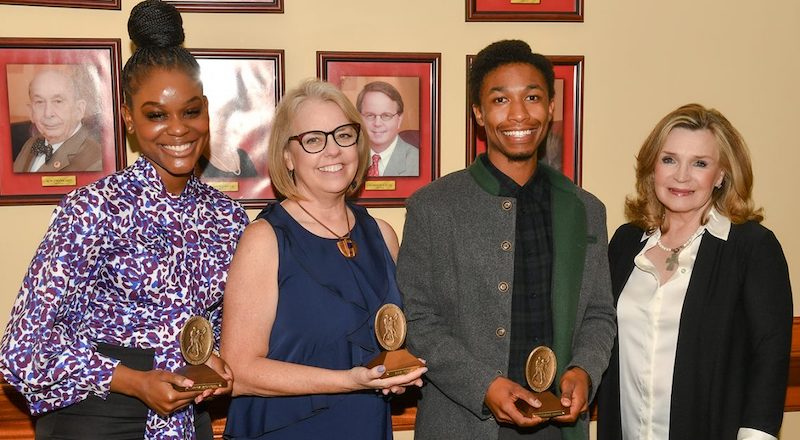 The awards were presented to Oshea D. Beckford, a senior criminal justice major from Huntsville, Ala.; Martavious Ginyard, a senior theatre major from Troy, Ala.; and Annie Percy, an English-as a-second-language instructor. They received the Sullivan Awards during a luncheon in their honor on the Troy campus. The recipients were also honored during the university’s annual Honors Convocation on April 19.

Related: This Sullivan Award recipient is also a gymnastics star at Auburn University

The Sullivan Award, which is presented at select colleges and universities throughout the United States, recognizes recipients for their excellence of character, humanitarian service and spiritual qualities. The award has been presented annually to a male student, a female student and one non-student at Troy University since 1981. Students, faculty and staff nominate candidates for the award.

“We feel it is appropriate that we present the Sullivan Awards at Troy University because it reflects our focus on leadership and the importance of integrity in leadership,” said Dr. Jack Hawkins, Jr., the university’s chancellor. “These values, I believe, are more important in our society today than ever before.” 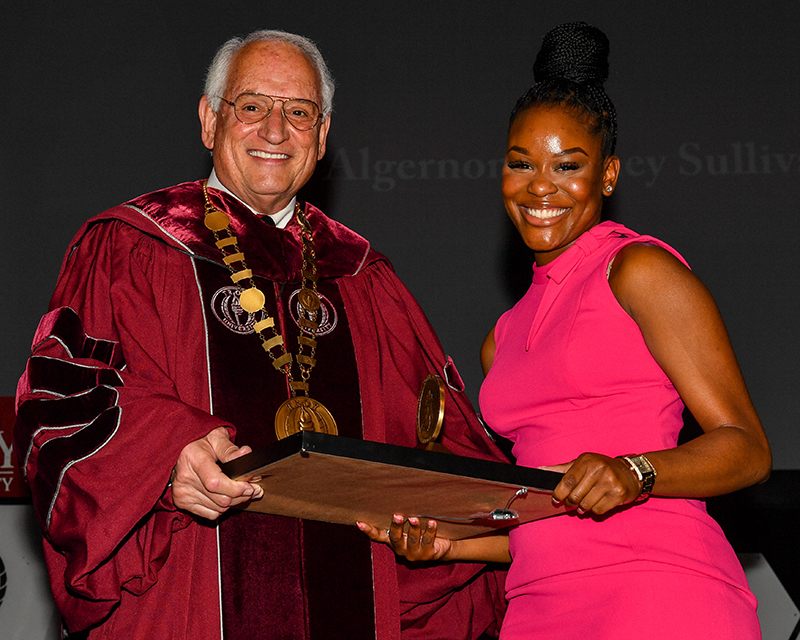 Beckford, who will graduate this spring and plans to attend law school, has served as a Student Government Association senator during 2021 and vice president of the Criminal Justice Honor Society Alpha Phi Sigma. She has been included on the Provost’s List each semester since enrolling at Troy.

Beckford founded Project Purpose, an initiative created to bridge the socioeconomic gap that hinders certain youth in Jamaica from achieving their educational goals. 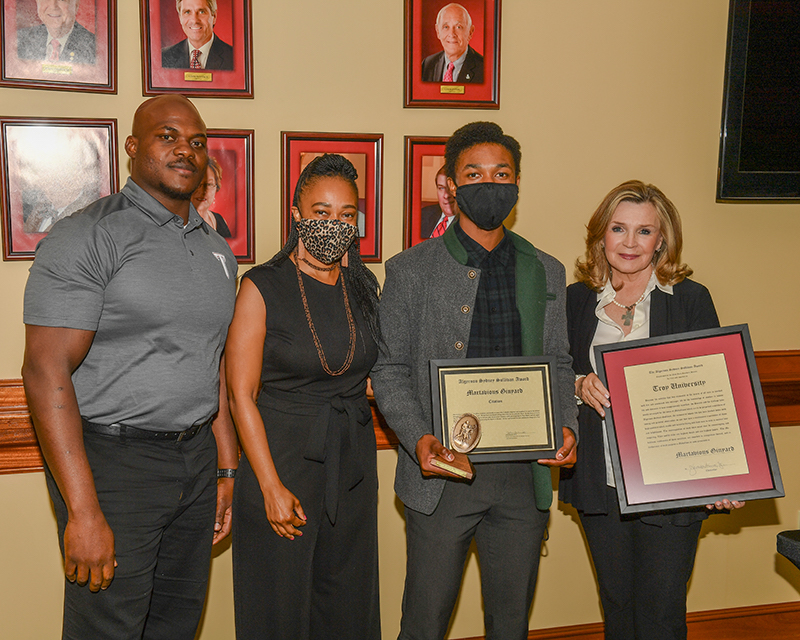 Martavious Ginyard (second from right) and his family receive the Sullivan Award from Janice Hawkins at Troy University.

Ginyard has performed with the university’s touring group, the Pied Pipers, and appeared in many of the theatre department’s productions, including “Mamma Mia!” An artist and designer, Ginyard has his own business, Martavious Ginyard Artwork.

Ginyard has served as a leader for the department’s Summer Spotlight Camp and is a volunteer with the Troy Animal Clinic and Troy Animal Rescue Project. He is a member of The Vine Church and an active participant in the congregation’s college small group ministry. 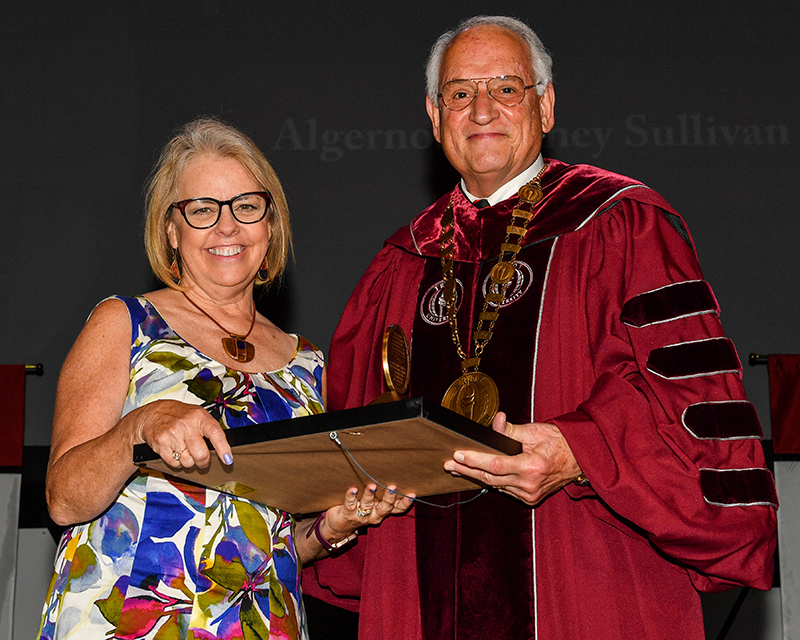 Percy first began teaching at Troy as an adjunct instructor in 2008 and has been a full-time member of the ESL faculty since 2014. Always demonstrating a heart for serving others, Percy is an active volunteer for organizations such as the Salvation Army, Save-A-Life and the Montgomery Food Bank, among others.

She and her husband Larry, a member of the University’s Art and Design faculty, regularly host events and gatherings for Troy’s international students who are unable to travel home during the summer or holiday seasons.

This article has been edited slightly from the original version appearing on the Troy University website.