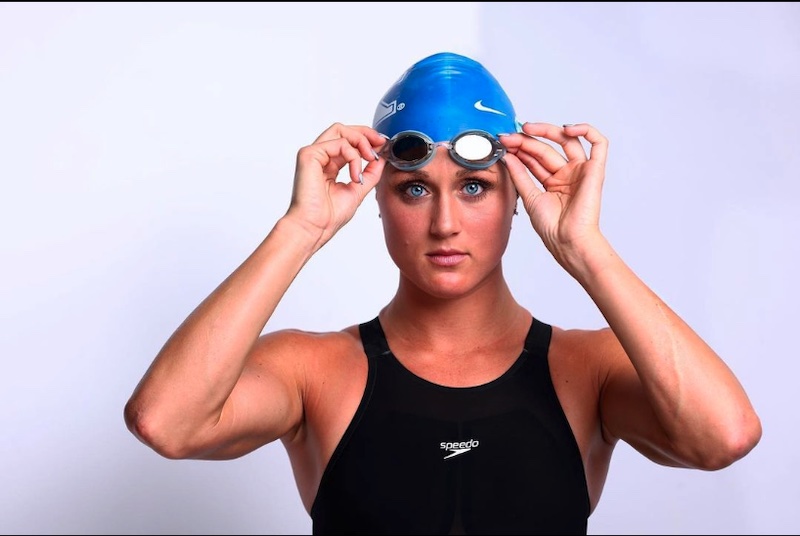 Riley Gaines might be best known for her record-setting accomplishments with the University of Kentucky’s swimming and diving teams, but her humanitarian work, especially with children, has earned her another accolade: She’s one of three recipients of UK’s Algernon Sydney Sullivan Award.

In addition to Gaines, the award went to fellow student Dean Farmer, an award-winning researcher on such topics as helping youths with disabilities find employment, and James “Jim” Richardson, the citizen award recipient and senior vice president for wealth management at Morgan Stanley.

Here’s more about the three recipients of the Sullivan Award, UK’s highest honor for humanitarian efforts.

Riley Gaines
Gaines, who hails from Gallatin, Tenn., graduated in May with a degree in human health sciences. For UK’s swimming and diving team, she is a multi-time SEC champion, conference record holder, NCAA silver medalist and record holder in six separate events at UK. She was most recently named the 2022 SEC Female Scholar-Athlete of the Year.

While her athletic accomplishments are unmatched, her nominator stressed that what Gaines does outside of the pool and classroom is even more impressive. She has regularly volunteered her time to serve others since coming to UK as a freshman in 2018, with programs such as God’s Pantry, Special Olympics of Kentucky, Give 10 (R.E.A.L. Read) and the Shriner’s Hospital. Most recently, she took part in the Kentucky United Telethon with other UK athletes and coaches, raising relief funds for those impacted by the Dec. 10 tornadoes in Western Kentucky. The telethon raised more than $3 million in four hours. 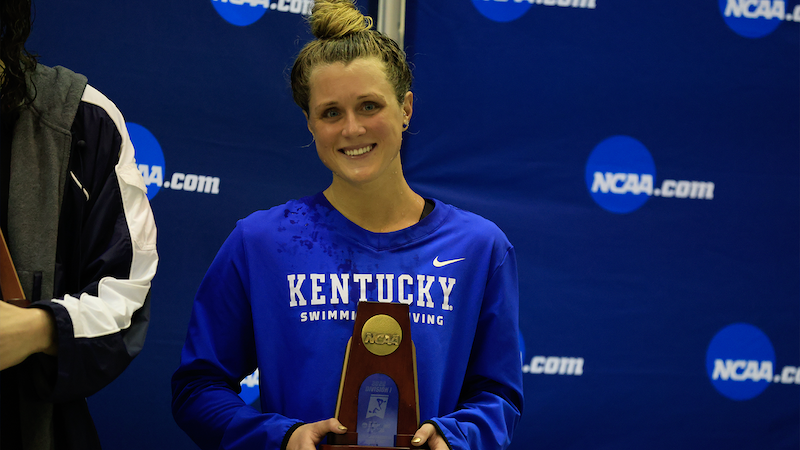 But Gaines says she is most moved by her involvement with Amachi Central Kentucky, a one-on-one mentoring program that works with children and teens impacted by parental incarceration. She has mentored a specific child, Kami, on a weekly basis for nearly four years.

“I think (Kami) has helped positively shape me in just as many ways as I have helped her,” Gaines said. “She has taught me self-awareness, responsibility, creative thinking and true altruism. Amachi has aimed to meet a nationwide need, and I am beholden to be a part of it. I think every person with an ethical conscience, good morals and strong character will find the ultimate satisfaction in helping others—this is the true philosophy of service to others.”

In honor of her achievements and service, Gaines was recently inducted into the 2022 UK Athletics Frank G. Ham Society of Character, one of UK Athletics’ most prestigious honors that recognizes student-athletes who show the utmost commitment to academic excellence, athletics participation, personal development, community service and career preparation.

After graduation, Gaines plans to attend dental school and hopes to become a pediatric dentist.

Dean Farmer
Dean Farmer, who calls Goshen, Ky. home, graduated with a degree in economics and a second degree in political science. He was also a student in the Lewis Honors College.

During his time at UK, Farmer’s academic and extracurricular activities have centered around service to others. As part of his involvement in the Lewis Honors College and Gatton College’s Global Scholars Program, he served as a Presidential Fellow in the Center for the Study of the Presidency and Congress program. Here, he conducted award-winning research on the economic impact of the H-1B nonimmigrant visa policy and how it can help increase both foreign and domestic wages. 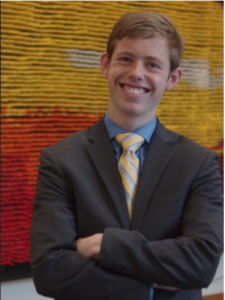 Additionally, Farmer worked for the Council of State Governments, where he conducted extensive policy research on state policies helping youth with disabilities transition into the workforce. He also served as a volunteer researcher for the National Alliance on Mental Illness of Louisville, where he presented research on and advocated for mental health care among marginalized communities in Louisville. He served as a volunteer tutor at the Carnegie Center for Literacy and Learning and as the director of finance and economic equity for the UK Student Government Association.

“Dean’s personal and professional records indicate that he is living the spirit and intent of the Sullivan Award,” his nominators wrote. “His humanitarian focus in his professional journey and his personal character and integrity are evident in his lived experiences during his time here at the University of Kentucky. His heart is in service to others.”

After graduation, Farmer plans to pursue a career in immigration law and continue serving those in need.

“Whether through one’s vocation, hobby, extracurricular interest, relationships, interactions or aspirations, I believe that each experience is an opportunity to serve others,” Farmer said. “After all, an immeasurable number of people in our society have some form of dire need, whether their need is due to immigration status, mental illness, financial crisis, or any other reason. For every need, there is an opportunity for service.” 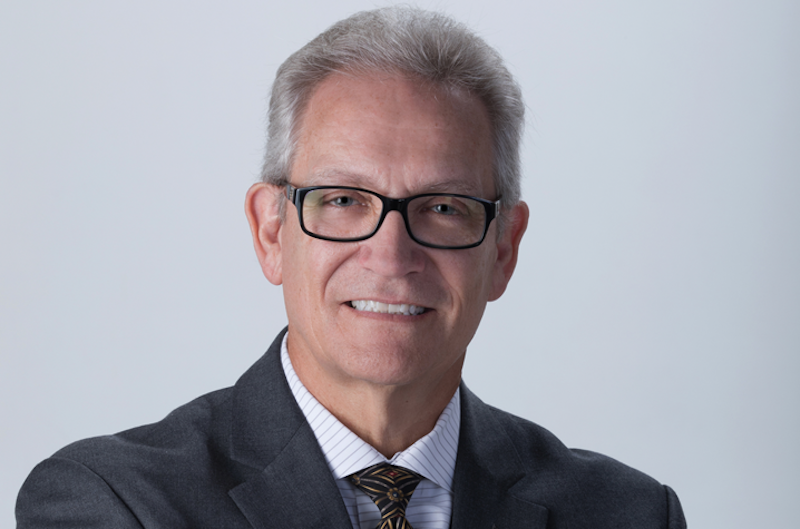 James “Jim” Richardson
Richardson graduated from UK in 1970 with a bachelor’s degree in English literature and again in 1972 with a master’s degree in secondary education. He is now senior vice president for wealth management at Morgan Stanley.

During his time as a UK student in the 1960s and 70s, Richardson was a member of the track team, Student Government Association and Sigma Alpha Epsilon and sang in a vocal group.

“To be recognized as a Sullivan Award recipient from UK is beyond humbling,” Richardson said. “Were it not for the education and relationships that were developed at UK, I would never have found the passions that have been such an integral part of my life.”

Richardson is a long-time volunteer with the UK Alumni Association, serving as a three-term board member; president of the Fayette County UK Alumni Club; a Wildcat Society Member; UK Fellow; and a member of the 1970 Golden Wildcat Reunion Committee.

Richardson is also a gifted musician and has used his skills to serve the Lexington community, singing and playing guitar at various fundraisers and community events—including his own Golden Wildcats reunion and other UK Alumni events. During the early stages of the COVID-19 pandemic, he and his daughter Reilly hosted concerts on Facebook Live to entertain friends and family during a time when live, in-person music was not something people could experience.

Throughout his career, Richardson has also dedicated a significant amount of his time to serving organizations that support children, including the Kentucky Children’s Hospital, where he serves on the development council. He has also served on boards for the Children’s Charity of the Bluegrass, Lexington Children’s Theatre, Big Brothers/Big Sisters of the Bluegrass and the Lexington Rotary Club.

In 2014, he was nationally recognized as one of three finalists for the Lifetime Achievement Award, presented by the Invest in Others Charitable Foundation, for his ongoing commitment to the Lexington Dream Factory, a wish-granting organization for children he co-founded with his wife Stacey.

When asked why he has committed so much time to children’s organizations, Richardson said, simply, “Time.” He added, “The most appropriate way to show love for children is to give them your time.”

And while it’s gratifying to give money, Richardson said he has found volunteerism much more meaningful. “I have been blessed over the past 40 plus years as a musician, mentor and teacher to help one child at a time or an entire organization,” he said. “Regardless of the role, the opportunity to give my time to a child has demonstrated the truest definition of love that I could describe.”

This article has been edited from the original version appearing on the University of Kentucky website.