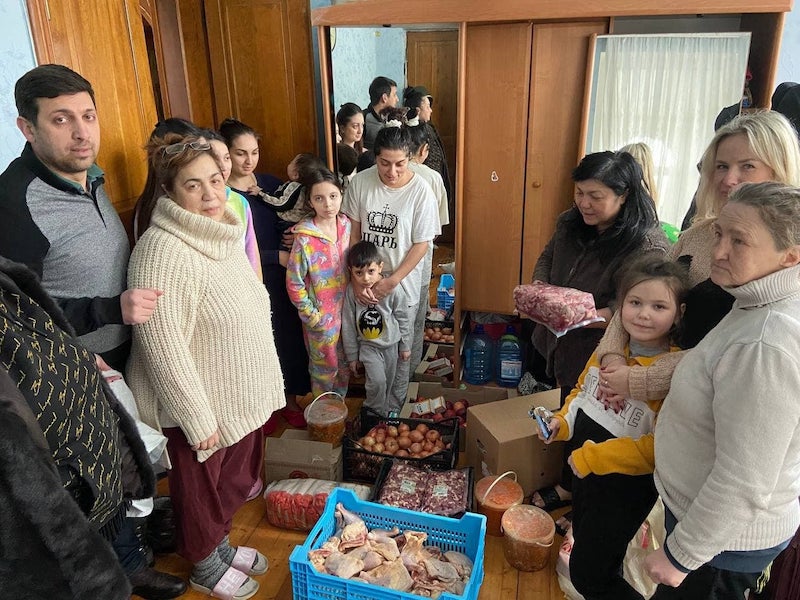 Just two months ago, Yaroslav (Yaro) Hnatusko was visiting his family and friends in Ukraine, the country of his birth. Everything was peaceful at the time. “Now,” he said, “it’s a war zone in my back yard.” His loved ones and fellow Ukrainians are fighting for their lives—and to help each other—as Vladimir Putin and his Russian troops continue to wage a brutal war on a country that doesn’t want them there.

Currently an MBA student and graduate assistant at East Tennessee State University (ETSU), Yaro is a past attendee of the Sullivan Foundation’s Ignite Retreat for young changemakers. He and his brother, Stan, are actively involved in a relief effort spearheaded by Stan’s employer, Atlant, Ukraine’s largest distributor of wholesale building materials. The company, located in Kharkiv, has converted its warehouses into shelters and food banks for the city’s homeless and displaced civilians, while its corporate restaurant is providing free meals by the thousands every day to victims of the war.

Stan is Atlant’s chief operations officer and is presently in Ukraine. Yaro, who’s now back in the U.S., said he and his brother urgently need immediate help from the Sullivan network of faculty, staff, students and alumni to provide food and shelter for Ukrainians—mostly women and children—as the war rages on. 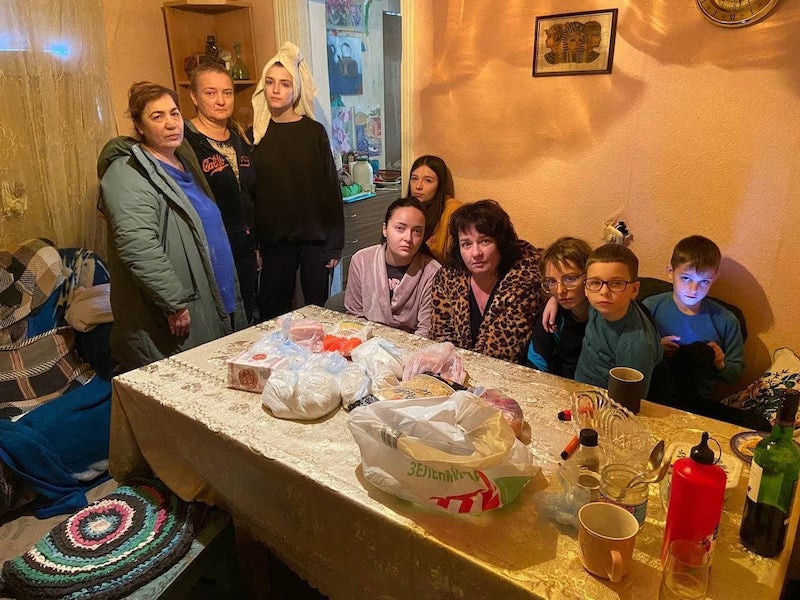 Many women and children hiding in Ukraine shelters like this one desperately need the aid of U.S. donors.

It takes about $10,800 per day to meet the needs of the Atlant shelter’s 150-300 clients as well as Ukrainians in the surrounding area who have found refuge elsewhere. Yaro and Stan have set up a GoFundMe campaign to raise money and keep the food and medicine coming.

“More than 150 people are constantly in the shelter, and another 150 people come for half a day,” the GoFundMe campaign’s page explains. “Food is also being prepared for another 1,000 people for the military and hospital personnel and the local residents. The number of those in need is growing every day since the bombing never stops. However, the company’s generation of revenue has stopped. All other food supplies in the city are exhausted. Today and yesterday, we delivered extra food supplies to two orphanages. The last one hadn’t had food in three days.”

No Ukrainian is safe in this war. In addition to military targets, Russian troops have been bombing civilian areas, including schools, children’s hospitals and, most recently, a maternity hospital in the city of Mariupol, according to media reports. On March 9, Mariupol’s deputy mayor said 1,200 civilians have been killed in that city alone in the past two weeks.

Various cease-fires have been announced, then routinely violated and cast aside. As the attacks escalate and the damage to Ukraine’s infrastructure mounts, Atlant’s volunteers have a lot of hungry mouths to feed, Yaro told the Sullivan Foundation. 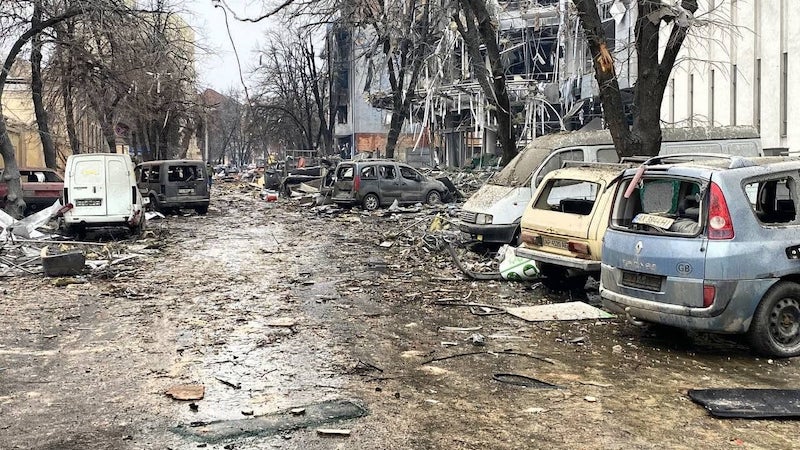 The Russian army continues to attack civilian areas of cities across Ukraine, destroying schools and children’s hospitals and leaving destruction and deprivation in their wake.

“Due to unstable supplies, the diet changes, but, on average, one serving of a hot meal costs $2.40,” Yaro noted. “Every day, it is life-and-death important to feed 1,500 people, which is 4,500 servings at $10,800. The company currently fully covers the costs of equipping and maintaining the shelter. There are no kitchen staff and coordinator wage costs, as everyone works on a volunteer basis. We are also ready to set up a distribution center for food and vital materials in our warehouses to provide other shelters with more food supplies.”

“My heart hurts even more to see how many people are not able to get help or even have a meal once a day,” Yaro said. “My brother and I wholeheartedly ask you to help us run the shelter operations for the people who were impacted by heavy fire. They cannot leave, but we can come.”

Yaro has been using his personal Facebook page to share the stories of the shelter and its civilian residents. In a March 2 post, he quoted a shelter manager who said most of the donations they’re receiving are in the form of food rather than money. But with hundreds of people to feed both in and outside the shelter, they run through those supplies quickly. “That’s why we can’t plan our help in advance and are forced to use what we have,” the manager said. “To run the warehouse and cafeteria, we need $10,800 each day.” 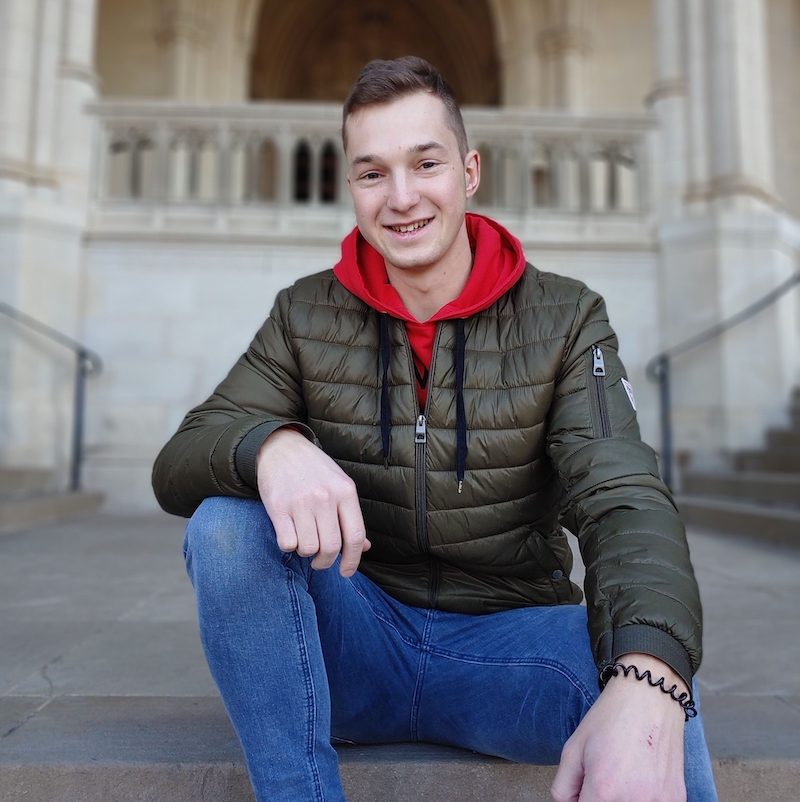 Yaro Hnatusko, shown here before the war, is a Ukraine-born changemaker and past Ignite Retreat attendee currently living in Tennessee.

According to Yaro’s Facebook post on March 6, the shelter prepared and delivered 3,500 meals that day in addition to feeding its residents. Meanwhile, the volunteers are working to expand the shelter to house an additional 100 people.

In a March 8 post on Facebook, Hnatusko painted a detailed picture of the work going on at the shelter. “The first team of volunteers is responsible for in-house shelter operations, including kitchen affairs and food deliveries to and from the shelter. The cooks in a kitchen are on shifts for 18-20 hours each day to prepare 3,500 meals. The second [team] of volunteers coordinate the food supplies from the businesses all across Ukraine. They spend all day on the phone to make sure that, the next day, our residents will have enough food to eat.”

“Their work doesn’t stop here,” he added. “They are also taking care of having enough food for the people outside of our shelter who can’t come—policemen, firefighters, doctors and soldiers. All of our volunteers are unpaid. They do it for people because their families are what they have left. They will never have another family.”

Atlant Support Ukraine’s website lists the minimum financial needs of the shelter. Click here to learn how your donation will be used to help Ukrainians in need.