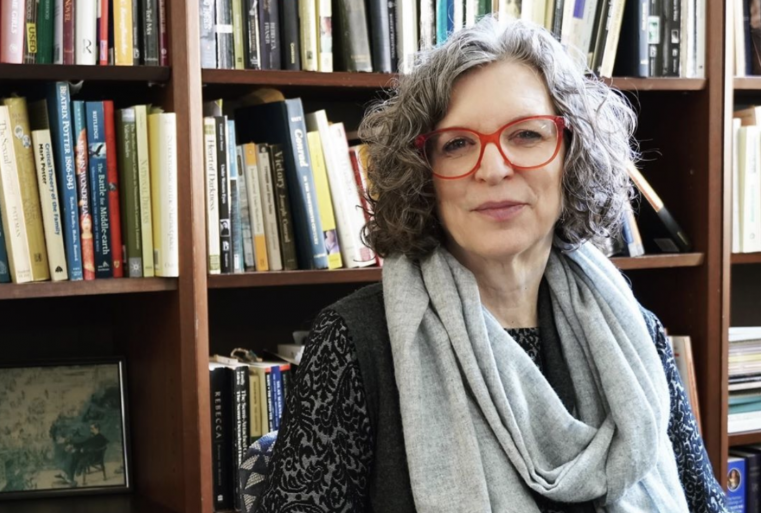 By Elisabeth Gruner, Professor of English, University of Richmond

I’ve been teaching college English for more than 30 years. Four years ago, I stopped putting grades on written work, and it has transformed my teaching and my students’ learning. My only regret is that I didn’t do it sooner.

Starting in elementary school, teachers rate student work—sometimes with stars and checkmarks, sometimes with actual grades. Usually by middle school, when most students are about 11, a system of grading is firmly in place. In the U.S., the most common system is an “A” for superior work through “F” for failure, with “E” almost always skipped.

This system was widely adopted only in the 1940s, and even now, some schools, colleges and universities use other means of assessing students. But the practice of grading—and ranking—students is so widespread as to seem necessary, even though many researchers say it is highly inequitable. For example, students who come into a course with little prior knowledge earn lower grades at the start, which means they get a lower final average, even if they ultimately master the material. Grades have other problems: They are demotivating, they don’t actually measure learning and they increase students’ stress.

During the pandemic, many instructors and even entire institutions offered pass/fail options or mandated pass/fail grading. They did so both to reduce the stress of remote education and because they saw that the emergency, disruptive to everyone, was disproportionately challenging for students of color. However, many later resumed grading, not acknowledging the ways that traditional assessments can both perpetuate inequity and impede learning.

I started my journey toward what’s called “ungrading” before the pandemic. In continuing it throughout, I have seen the effects, which are like those observed by other researchers in the field.

I stopped putting grades on written work for three related reasons, all of which other professors have also cited as concerns.

First, I wanted my students to focus on the feedback I provided on their writing. I had a sense, now backed up by research, that when I put a grade on a piece of writing, students focused solely on that. Removing the grade forced students to pay attention to my comments.

Second, I was concerned with equity. For almost 10 years I have been studying inclusive pedagogy, which focuses on ensuring that all students have the resources they need to learn. My studies confirmed my sense that sometimes what I was really grading was a student’s background. Students with educational privilege came into my classroom already prepared to write A or B papers, while others often had not had the instruction that would enable them to do so. The 14 weeks they spent in my class could not make up for the years of educational privilege their peers had enjoyed.

Third, and I admit this is selfish: I hate grading. I love teaching, though, and giving students feedback is teaching. I am happy to do it. Freed from the tyranny of determining a grade, I wrote meaningful comments, suggested improvements, asked questions and entered into a dialogue with my students that felt more productive—that felt, in short, more like an extension of the classroom.

The practice that I adopted is not new, and it’s not my own. It’s called “ungrading,” though that’s not entirely accurate. At the end of the semester, I do have to give students grades, as required by the university.

But I do not grade individual assignments. Instead, I give students extensive feedback and ample opportunity to revise.

At the end of the semester, they submit a portfolio of revised work, along with an essay reflecting on and evaluating their learning. Like most people who ungrade, I reserve the right to change the grade that students assign themselves in that evaluation. But I rarely do, and when I do, I raise grades almost as often as I lower them.

The first class I ungraded was incredulous. After I explained the theory and the method, they peppered me with many of the questions that other ungraders have also faced. “If we ask you, will you tell us what grade we have on a paper?” No, I answered, because I really won’t have put a grade on it. “If we decide halfway through the semester that we’re done revising something, will you grade it then?” No again, because I’m grading an entire portfolio, not individual pieces. “Will you tell me where I stand?” My comments on your work—and our conferences—should give you a good sense of how you’re progressing in the class.

As for motivation, I asked them, “What do you want to learn? Why are you here?” Like most college professors, I teach classes across the curriculum, but I started my ungrading journey in classes that students were taking to fulfill basic graduation requirements. They were stopped short by the question. They wanted a good grade, and fair enough: That is the currency of the institution.

As we talked, though, we uncovered other motivations. Some took my children’s literature class because they thought it would be a fun or easy way to fulfill the requirement. They confessed, sometimes reluctantly, to anxieties about reading, about writing. They weren’t confident in their skills and didn’t think they could improve. These were exactly the students I was hoping to reach. Without putting grades on their work, I hoped—like my fellow ungrader Heather Miceli, who teaches general science courses to college students—that these less confident students would see that they could improve, could develop their skills and meet their own goals.

In my more advanced courses, students had an easier time identifying content-related goals, but I have also found surprisingly similar results in their reflections: They, too, want to overcome anxieties about speaking in class, concerns that they aren’t as prepared as their classmates, fears that they can’t keep up.

How Did It Go?

That first semester, students participated in class, did the readings and wrote their papers. I read and commented on them, and if they chose to, they revised—as often as they wanted.

At the end of the semester, when they submitted portfolios of revised work, their reflections on the process and assessments of their learning tracked closely with my own. Most recognized their growth, and I concurred. One student, a senior, thanked me for treating them like adults. As for my interest in equity, I found that students who were less well prepared did indeed develop their skills; their growth was substantial, and both they and I recognized it.

The system takes time to implement, and I’ve revised it over the years. When I began, I was inexperienced at coaching students to develop their own goals for the course, at helping them to reflect, and at guiding them to think about assessment in terms of their own development rather than following a rubric. And I’ve found that students need time to reflect on their own goals for the class at the outset, at a midpoint, and again at the end of the semester, so they can actually see how they’ve developed. They need encouragement to revise their work as well—my comments help, but so do pointed reminders that the process of learning involves revision, and the course is set up to enable it.

Students in introductory classes require a bit more direction in this work than advanced students, but most eventually take the opportunity to revise and reflect. Now, I see students from all backgrounds recognizing their own growth, whatever their starting point. They benefit from my coaching, but perhaps even more from the freedom to decide for themselves what really matters in their reading and writing. And I benefit too, from the opportunity to help them learn and grow without the tyranny of the grade.