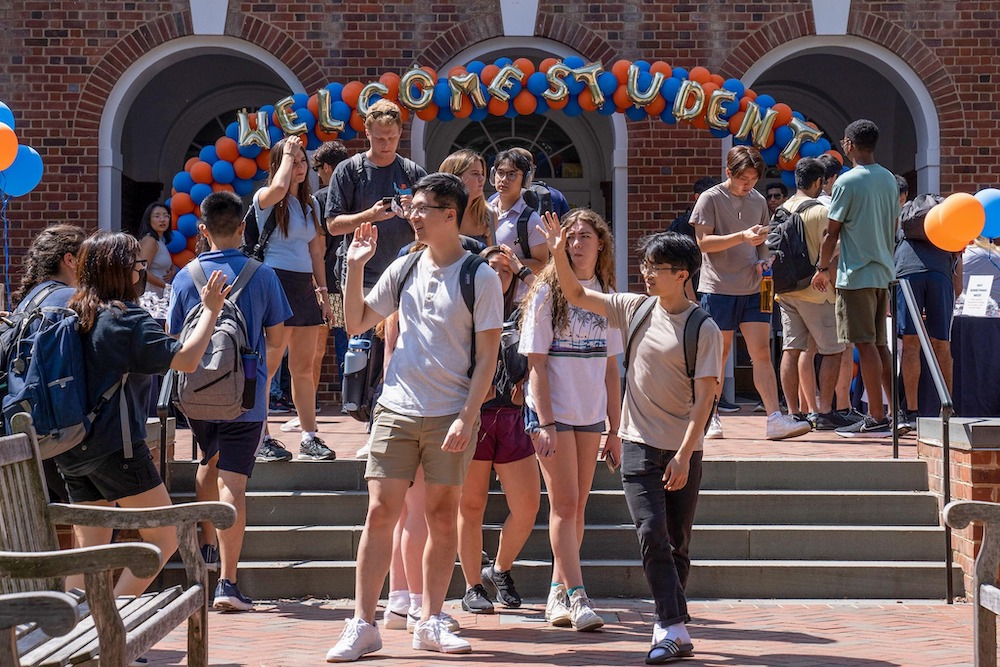 There’s no denying that the University of Virginia, a Sullivan Foundation partner school, attracts smart young people. Of the 4,000 entering first-year students this semester, nearly 80% have been inducted into an honor society. But that figure only begins to tell the story of UVA’s Class of 2026.

According to metrics released by UVA in mid-August, the freshman class is not only the most diverse group in the school’s history, it’s also “filled with helpers” distinguished by their “compassion, kindness and grit.”

A jaw-dropping 92% of the students have participated in community service. Seventy-two percent have tutored a sibling, friend or classmate. And the vast majority say they socialize with different races or ethnic groups and listen to people with opinions different than their own.

Related: Fall 2022 Ignite Retreat: Here’s Where You Can Start Building a Better World

That’s not all. Seventy percent said they contribute to causes they believe in, and 76% want to connect with students from different walks of life.

Sixteen percent of the first-year students will be the first in their families to graduate from college, and 36% qualified for need-based aid. Almost 20% regularly take care of their siblings; 17% regularly made meals for their families, and 16% interpreted or translated for their parents. 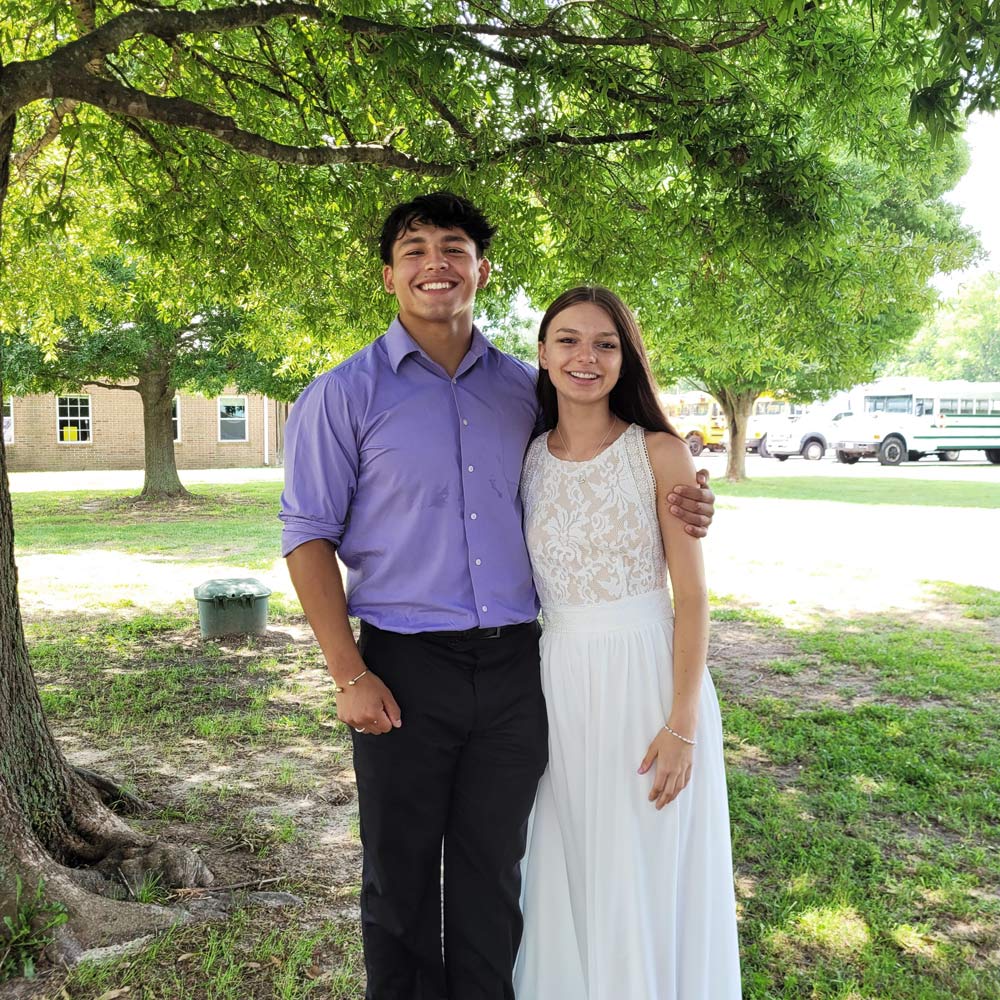 David Gastelum and his girlfriend, Lindsey Smith, are both first-year students at UVA.

Among this year’s crop of first-generation students at UVA: David Gastelum, the son of Mexican immigrants. He grew up watching his father, Marcos, work as a carpenter in and around Painter, Va. His mother, Mirna, cleans offices and homes, helps her husband and takes care of the family home.

“It was very hard for them,” Gastelum said. “I saw a lot of great respect for that blue-collar work, and I kind of wanted to go to a trade school.” But he realized that neither of his parents have retirement funds, so that type of blue-collar work, he said, “is probably not sustainable.”

That’s how Gastelum decided he wanted to become a nurse practitioner. In his mind, the profession straddles blue- and white-collar jobs. “I can see the impact I’m having on people. I can see it with my eyes,” he said.

He has also seen caregivers in action, especially when he was going through a health crisis of his own. When he was a boy, a doctor told him that if he did not lose weight, he would not live very long. That message alone was terrifying to him, so the messenger also became “scary.”

“But the nurses helped a lot,” he said. “One of my close friends, both of their parents are nurses and are super-cool and great.”

Gastelum ended up losing the weight and excelled in three sports at Nandua High School, where he was on the honor roll. He comes to UVA on a $17,000 Bayly Tiffany Scholarship, which is automatically awarded to students from the Eastern Shore. 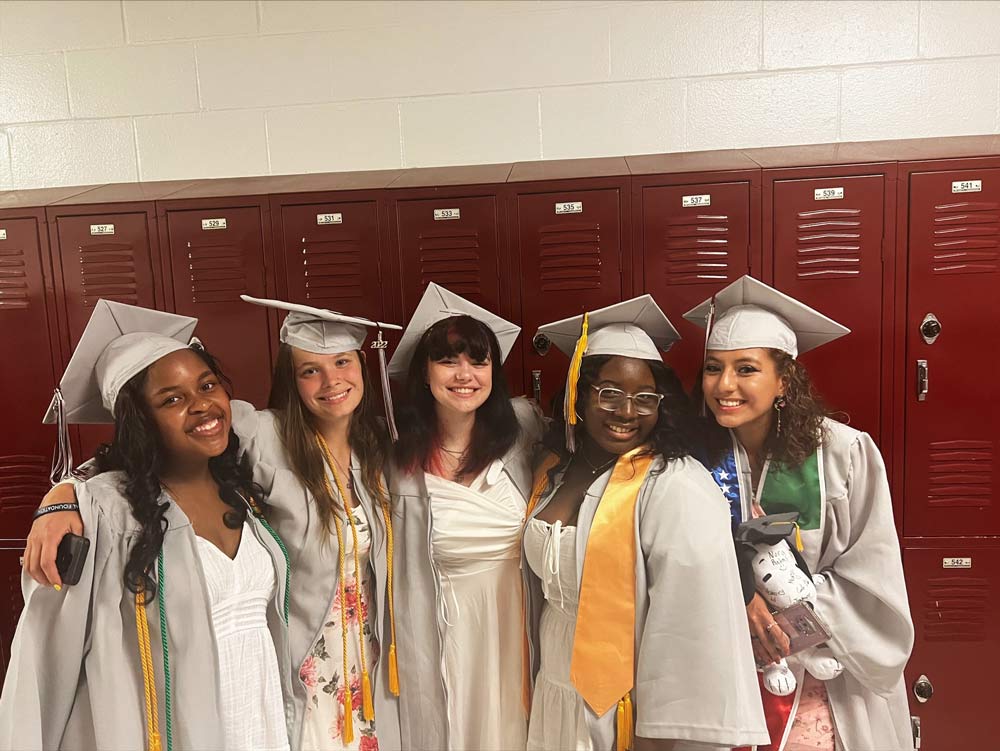 Khalilah Ellison (second from right) is a helper in every sense of the word.

Khalilah Ellison, Gastelum’s Nandua High classmate and fellow Bayly Tiffany Scholarship recipient, is a helper in every sense of the word. In addition to racking up a 4.12 GPA and graduating ninth in her class, she volunteered for several months at the local Boys and Girls Club, where she helped second- and third-graders with their homework and social skills.

“A lot of the kids in the Boys and Girls Club are children of color,” Ellison said. “A lot of them are African-American or Hispanic.”

“I enjoy helping people,” she added. “I like helping with homework and knowing I was the reason they were able to understand things.”

Ellison said she’s leaning toward studying biology or another science, with a minor in psychology on a pre-medical path. “I really want to be somewhere in the mental health field because it is really important, and if anybody would like to do it, I think it’s me, because it’s something that a lot of people overlook,” she said.

That point was driven home for Ellison during the COVID-19 pandemic, “especially for teenagers…when a lot of us could really see how important mental health is. There were a couple of suicides at my school, and it was really shocking. One of the people was in our grade. I didn’t know her personally, but if you see somebody every day and they’re smiling and happy and laughing, it’s really shocking to see that happen to somebody like that.”

Stephen Farmer, UVA’s vice provost for enrollment, is impressed by the new group of young changemakers arriving on the campus. “Each of these students has traveled a different path to [UVA], but all of them have excelled, and all have earned their places,” he said. “They are as strong as any group we’ve ever enrolled, and they’re more diverse than any we’ve ever enrolled. These students will make us better, and we’re grateful they’ve chosen to join us.”

This article has been edited and condensed from the original version, written by Jane Kelly, appearing on the University of Virginia website.