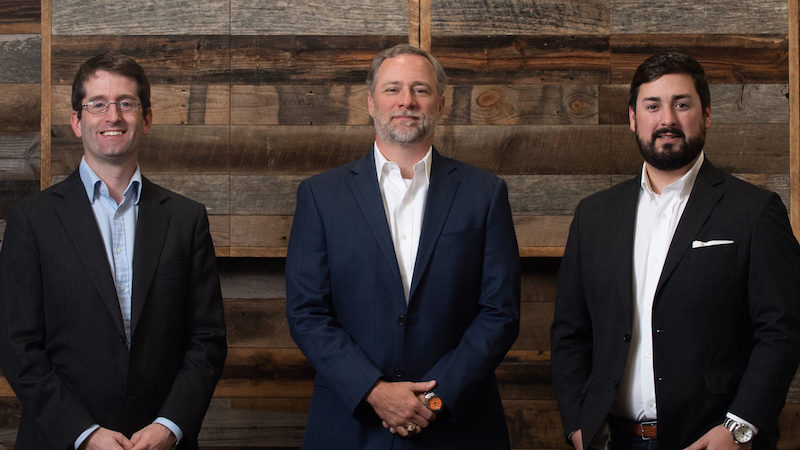 VentureSouth, one of the country’s largest angel investment networks, has expanded its footprint with VentureSouth Oxford, an angel investor group for University of Mississippi alumni and supporters looking to invest in early-stage companies while advancing student programming at Ole Miss.

VentureSouth Oxford will host a launch-and-learn meeting for potential investors from 3-5 p.m., Friday, April 22, at Cabin 82 Restaurant, located in the Graduate Hotel at 400 North Lamar Boulevard in Oxford, Miss. Charlie Banks, VentureSouth’s co-founder and managing director, will lead a presentation and Q&A discussion about the angel investment group, the asset class of early-stage investments and how Ole Miss students can get involved. Cocktails and hors d’oeuvres will be provided after the presentation.

Based in Oxford, Miss., VentureSouth Oxford will be one of 17 angel groups created by VentureSouth, which is headquartered in Greenville, S.C. VentureSouth Oxford investors will meet live twice a year in Oxford to review and consider investment proposals—once in the fall during an Ole Miss home football game weekend and once in the spring during a home basketball or baseball weekend. Between in-person meetings, investors can participate in virtual meetings on a monthly basis.

Anyone with Ole Miss ties can join the group for an annual membership fee of $2,500, which gives them the opportunity to review and invest in any deal offered throughout the VentureSouth network across the Southeast. Members are not required to invest in any deal, but if they wish to do so, the minimum investment is $5,000 per deal.

VentureSouth will donate 50 percent of the group’s membership fees to the Algernon Sydney Sullivan Foundation. The funds will be used to underwrite the new Chancellor’s Servant Leadership Fellowship program, a partnership with the Sullivan Foundation, as well as other programming to enhance UM students’ entrepreneurial and leadership skills.

Founded in 2008, VentureSouth invests in early-stage, high-growth companies in the Southeast, typically those seeking $500,000 to $2 million in capital. Its 400-plus members have invested $60 million in more than 80 companies across the region, many of which have been acquired, providing substantial returns for VentureSouth investors.

VentureSouth has investor groups in markets across the southeastern U.S., including Asheville, Charlotte and Wilmington, N.C., and Charleston and Hilton Head, S.C., as well as regions like the Piedmont (Greensboro/Winston-Salem, N.C.); the Triangle (Raleigh/Durham/ Chapel Hill, N.C.); and the Midlands (Columbia, S.C.).

The Algernon Sydney Sullivan Foundation has been inspiring young people to place service above self-interest since 1934 through scholarships, awards and programming. With its network of 70 partner universities and colleges across the American South, the foundation offers specialized programming, events and coursework to students and faculty with a strong desire to ignite positive change in their communities through entrepreneurship, leadership, service and community engagement.

VentureSouth Managing Director Matt Dunbar is an alumnus of Clemson University, a Sullivan partner school, and received the 1999 Algernon Sydney Sullivan Award. “Joining the VentureSouth Oxford group allows Ole Miss alumni and supporters to invest in early-stage companies with major growth potential while making a positive impact on the American South’s economy,” Dunbar said. After all, VentureSouth’s motto is “Make Money. Have Fun. Do Good.”

“For VentureSouth members, ‘doing good’ comes from multiple levels of impact created by our investing activity,” Dunbar said. “We know that all net job growth in the economy comes from young companies that grow fast—and which don’t usually have access to other forms of capital—so our investments really help fuel the growth of good jobs, opportunities and wealth creation in our communities. Moreover, through this collaboration with the Sullivan Foundation, our members can also ‘do good’ by supporting Ole Miss through the foundation’s programming.”

To learn more about VentureSouth Oxford and becoming a member, visit sullivanfdn.org/venturesouth or contact Sullivan Foundation President Steve McDavid at (662) 236-6335 or by email at steve.mcdavid@sullivanfdn.org.