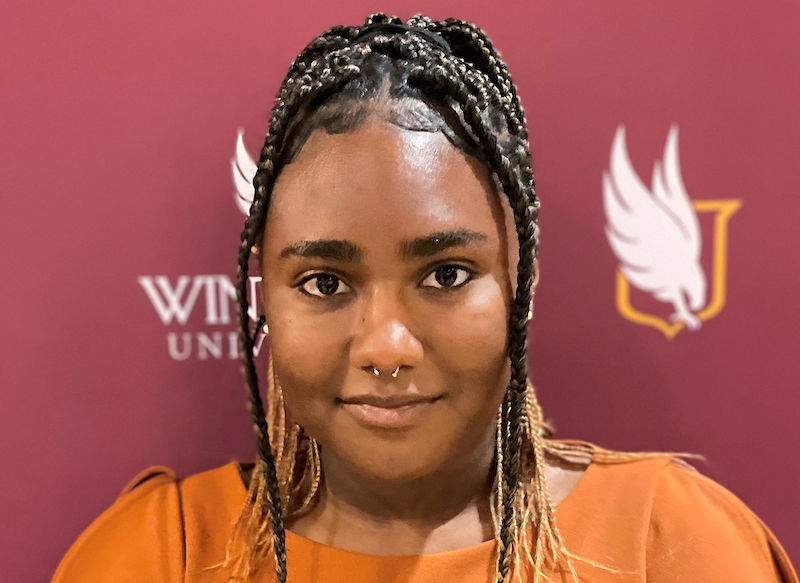 The Sullivan Awards were presented to Ariah Massey and Jacobe Reid at the 2022 Winthrop University Student Affairs Awards ceremony, held April 20 at the DiGiorgio Campus Center. Both awards are among the highest honors given to graduating seniors by the Division of Student Affairs. Staff members and Shelia Burkhalter, Winthrop’s vice president for student affairs, presented the awards during the April 20 ceremony.

Massey, a social work major from Fort Mill, S.C., was given the Mary Mildred Sullivan Award. She has served as a resident assistant, a peer mentor, and a member of National Residence Hall Honorary and Phi Alpha. Inspired by a social worker in her life, Massey said she hopes to have the same positive impact on others.

Massey will return to Winthrop to complete a master’s degree in social work with the goal of working as a school social worker. Schools, she said, are a good place to spot the warning signs of children who need help. 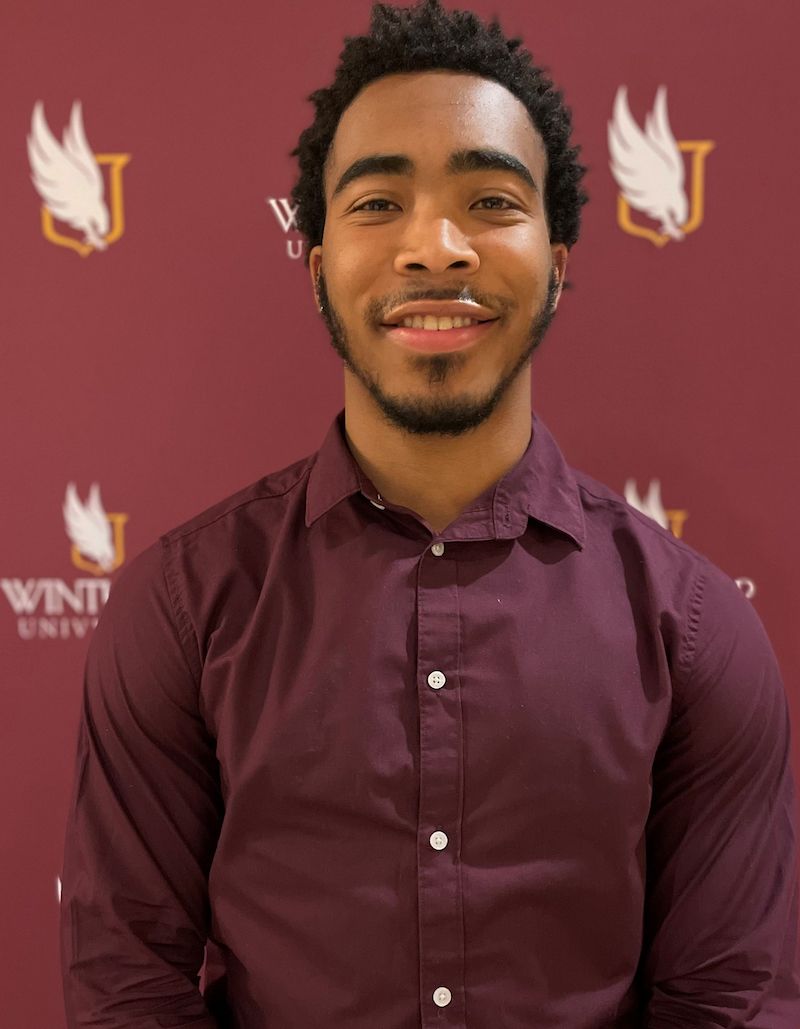 Reid, an educational studies major from Carlisle, S.C., was presented the Algernon Sydney Sullivan Award. He has been involved as a resident assistant, as director of educational activities for Alpha Phi Alpha fraternity, with the Call Me MISTER program, as a teaching fellow, and as an education committee member with the National Association for the Advancement of Colored People (NAACP).

Reid also will pursue a graduate degree from Winthrop with the goal of becoming a middle-level math teacher. He said he has enjoyed his Winthrop experience and is looking forward to having a positive impact on his future students.

This article has been edited from the original version appearing on the Winthrop University website.