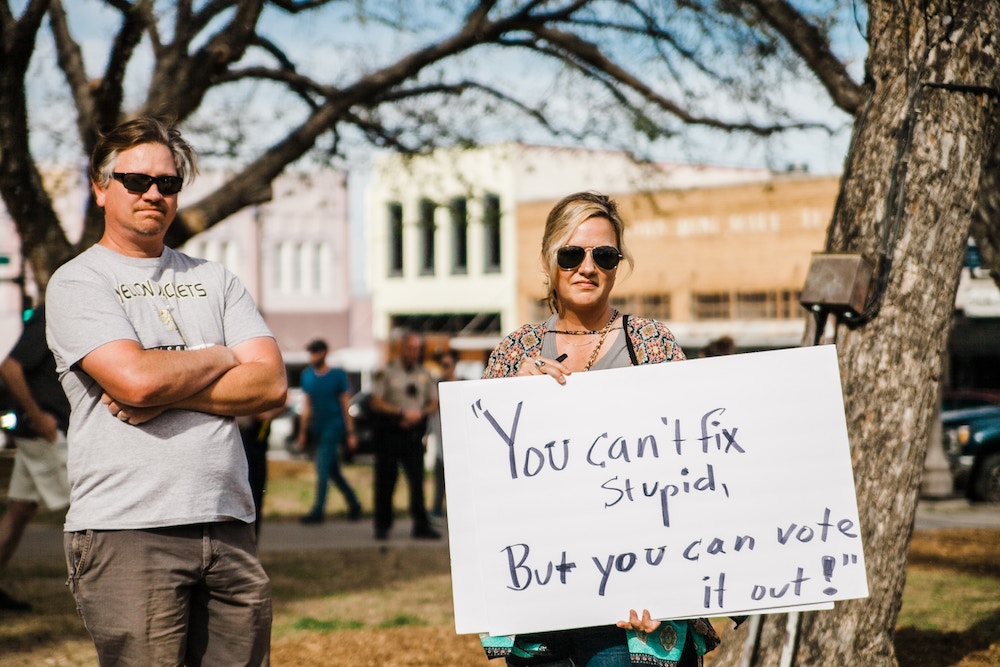 Winthrop University, a Sullivan Foundation partner school, recently earned a Gold Seal from the All In Democracy Challenge for its high student voter turnout in the 2018 mid-term elections.

Winthrop students’ turnout was at 40.1 percent, thus qualifying the university as a Gold Seal winner with a turnout of between 40 and 49 percent. Overall turnout for college students was 40.3 percent in the 2018 midterm elections, a more than two-fold increase over 2014. Winthrop more than doubled the number of its students voting from 2014, going from 19.8 percent to 40.1 percent.

Katarina Moyon, director of the John C. West Forum on Politics and Policy, said Winthrop’s inclusion in the Gold Seal category put the university in with many other highly regarded, politically active campuses. “Our goal now is to achieve Platinum Seal recognition where more than half of our student body is voting by 2028,” Moyon said.

Winthrop typically trains Student Voting Ambassadors to help register students, to hand out “check your voter registration” cards and to distribute absentee voting procedures. Campus clubs, organizations and academic departments hold dozens of election-related events and will continue to do so during the 2020 primaries and presidential election.

The full list of campuses receiving seals of recognition can be found here.

More than 550 campuses participated in the challenge to develop a more inclusive democracy so that the electorate mirrors the country’s makeup. The idea also is that college students will democratically engage on an ongoing basis, during and between elections, and in elections.

The All In Challenge does not support or oppose candidates for public office or take a stand for or against any political party.

Winthrop’s voter efforts over the past few years has resulted in the university being designated in 2017 and 2019 as a Voter Friendly Campus by the national nonpartisan organizations Campus Vote Project and NASP-Student Affairs Administrators in Higher Education. Its student voter turnout earned the university a Bronze Shield from the All In Campus Democracy Challenge for the 2016 election.

Winthrop is recognized among the Top 80 in the Student Voting category of the 2019 Washington Monthly College Rankings and is one of three institutions listed from South Carolina.

This story was modified slightly from the original version appearing on the Winthrop University website.