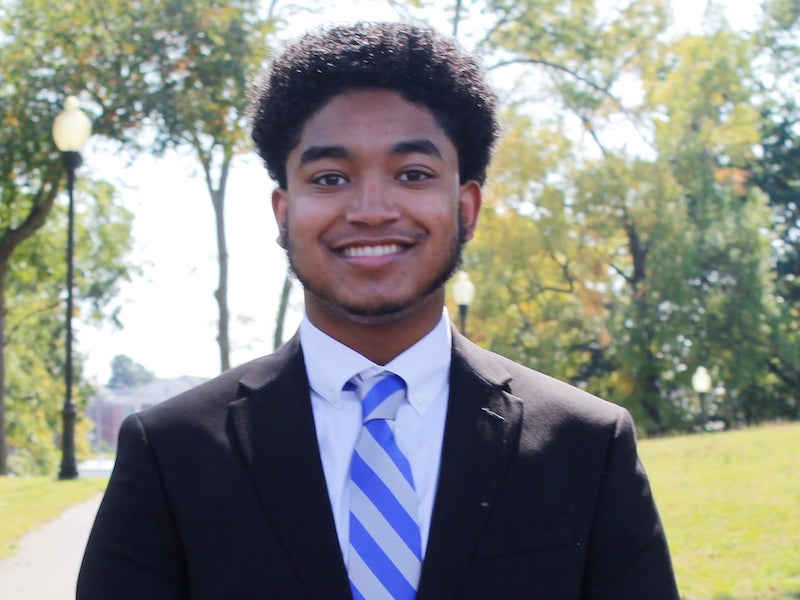 Wilson held many leadership positions while attending high school and has been very active since arriving on the Rust campus.  He is Rust College’s newly elected Mr. Freshman and is the brother of Cameron Wilson, who has been named Mister Rust College.

Tianna Smith of Houston, Tex,, was awarded Rust College’s first Sullivan Scholarship in 2019. Smith is active at Rust College through basketball, the NAACP and her position as Sophomore Class Officer.

The Sullivan Scholarships recognize college students and members of the college community who put service to others before self-interest. Scholarship recipients must report their service and/or social entrepreneurship activities, engage in Sullivan Foundation marketing efforts on campus and attend one Sullivan-sponsored weekend retreat during their freshman and sophomore years.

The Sullivan Scholarship provides $10,000 for attending a Sullivan Foundation partner school and is renewable for four years.

Rust College receives Sullivan Scholarship funding in the form of an endowment from the Sullivan Foundation. In 2018, the foundation began a strategic planning process to redesign its existing scholarship program in order to deepen its relationship with students, faculty, and schools. The foundation ultimately determined to collaborate with its partner schools in the creation of a redesigned scholarship program that not only supports service-minded students, but also engages students, faculty and staff in the foundation’s programming, including twice-yearly Ignite Retreats for student changemakers and faculty, study-abroad opportunities and entrepreneurship support.

The Sullivan Foundation also offers opportunities to become Sullivan Ambassadors on its partner school campuses. Eric Johnson, who currently serves as Rust’s Student Government Association president, is also a Sullivan Ambassador. Eric is the founder of the new Rust Innovation Lab on the Rust College campus.

Dr. Vida Mays, the Sullivan Foundation campus liaison and Rust College’s director of grants and contracts, will work with Wilson and fellow scholarship recipients over the coming years to attend retreats and field trips to further develop their community leadership skills.

Located in Holly Springs, Miss., Rust College is a historically black, co-educational, senior liberal arts college founded in 1866 by the Freedmen’s Aid Society of the Methodist Episcopal Church. Rust College was founded to offer quality programs in business, education, humanities, science and math, and social science to prepare students for leadership and service in the global society.