A ‘Try Something’ Mindset Links Sullivan Foundation and Campbell University 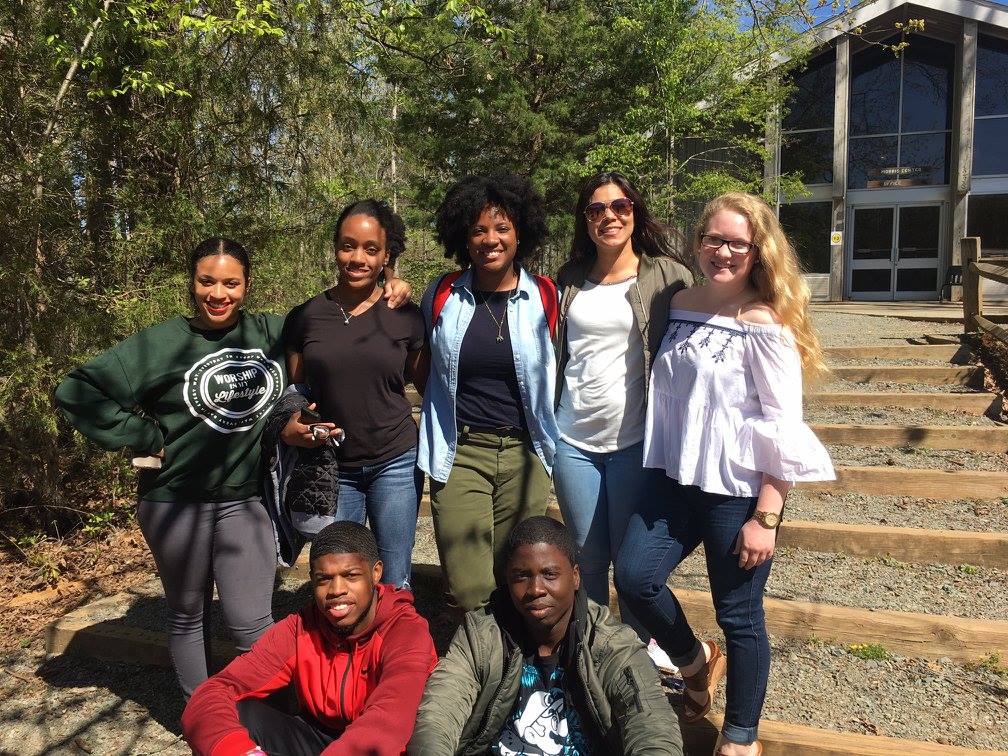 Dating all the way back to 1974, the collaboration between the Sullivan Foundation and partner school Campbell University, located in Buies Creek, N.C., is “a story that needs to be told,” according to Dan Maynard, CU’s business librarian and former Sullivan liaison. It’s about more than a partnership between two venerable institutions—it’s also about students whose experiences with the foundation have led to meaningful personal growth while helping them to bring needed positive change to their communities.

“The framework of Sullivan is built around service—service to your community and to others,” Campbell University Associate Vice President for Spiritual Life Faithe Beam said. “That really is where the mission of Campbell lives. Campbell was started to educate students in rural communities so they could go serve their communities. Sullivan’s mission-driven connection to service and Campbell’s connection to service resonate so clearly.”

Ushering in a ‘Golden Age’

Campbell University has a long history of growth and community service. On January 5, 1887, 26-year-old Baptist minister James Archibald Campbell opened Buies Creek Academy. Classes were held at Campbell’s small church in Buies Creek, attracting 16 students on the first day of class. By the semester’s end, Campbell was leading 92 students on a path to academic excellence.

To meet the growing demand for high-quality education, the institution became Campbell Junior College in 1926, Campbell College in 1961, and Campbell University in 1979. Regardless of the name changes and restructuring, the university has prioritized using coursework to equip students for Christian service.

The Campbell-Sullivan partnership began in 1974—when the university was still Campbell College—with the Sullivan Awards, and Campbell started awarding Sullivan Scholarships to incoming freshmen in 2004. 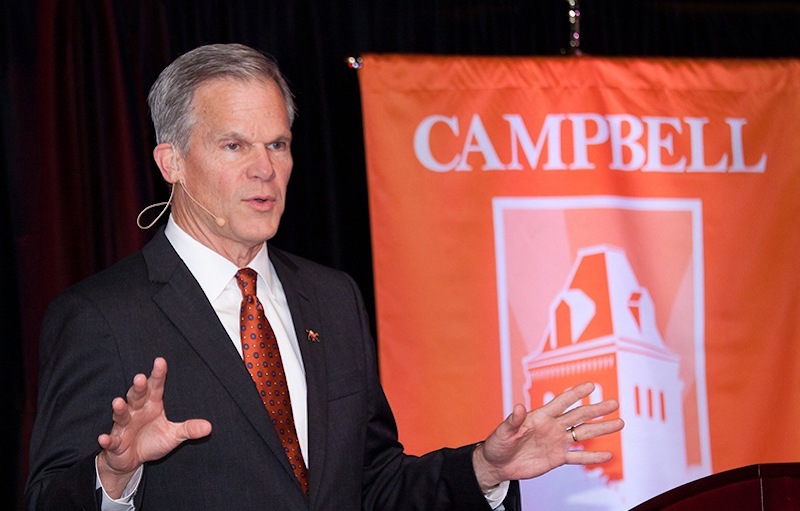 Important to the partnership has been the relationship between Sullivan Foundation President Steve McDavid and J. Bradley Creed, who became president of Campbell University in 2015. Together, they created a series of courses titled “Discovering Underserved Communities.” This innovative three-part series is taught as a special topics honors course and has impacted the lives of numerous aspiring changemakers.

“Not only did we have a lot of really talented students involved, but Dr. Creed taught the class,” Maynard said. He described Fall 2017, when the course launched, as a new “golden age”—in fact, he attended every class himself.

Maynard said the Sullivan Foundation’s support has created endless opportunities to experiment with new ideas. Due to shared goals with the foundation, professors at Campbell have also begun incorporating Sullivan’s virtual Ignite Masterclasses, led by Spud Marshall, into their own courses. 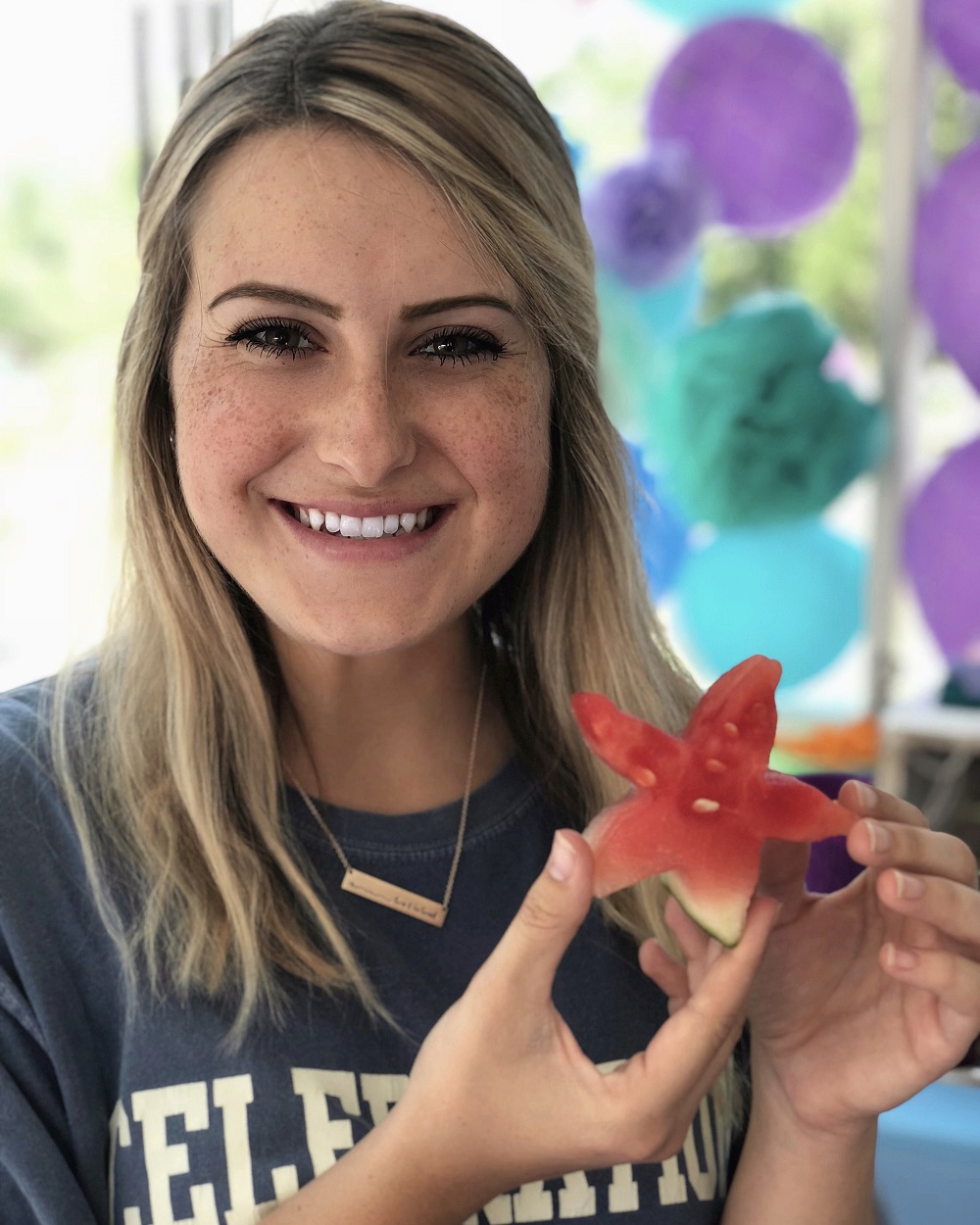 A ‘Try Something’ Mindset

Campbell University has recognized service-minded students through Sullivan Awards for nearly half a century. But the students themselves have also strengthened the partnership, taking inspiration from Sullivan programming, such as the twice-annual Ignite Retreats and Social Entrepreneurship Field Trips. “They have really found energy and excitement in what is going on with entrepreneurship and service,” Beam said.

While still a student, Campbell alumnus and photographer Amber Merklinger attended the Fall 2018 Ignite Retreat and Sullivan’s Social Entrepreneurship Field Trip to Chattanooga, Tenn., in March 2019. Feeling empowered to help struggling communities, Merklinger put her studies in Health Communications and Public Relations to use. She worked with fellow students to launch Campbell CREATE, aiming to lead communities in their area to “discover and celebrate their own cultural advantages and heritage.”

After successfully pitching the project to the mayor and Board of Aldermen in Coats, N.C., Campbell CREATE started working to facilitate the creation of murals, statues, decorative benches and public seating areas around town, bringing in local craftspeople to beautify and enrich their surroundings. In addition to helping nearby communities “spur economic growth through local arts and culture,” Campbell CREATE aims to subtly orchestrate community identity for towns in need of a boost.

Merklinger was particularly impressed by creative placemaking efforts undertaken in Chattanooga by the Glass House Collective and Co.Starters. “I had never heard of creative placemaking until I went on this field trip,” she said. “It inspired us to start the process of emulating this concept on our own campus and in our surrounding communities. They took an issue they saw in the community and found a solution that impacted everyone in the city, bringing life to a [local] culture not easily seen. That’s the kind of thinking I wish to apply to my future endeavors as a social entrepreneur.”

“One of the main things that has come out of that is a different understanding of what entrepreneurship is,” she added. “It’s not just a businessperson with an idea—it’s a mindset. It’s students helping other students understand that you can have this mindset that says, ‘Try something.’” 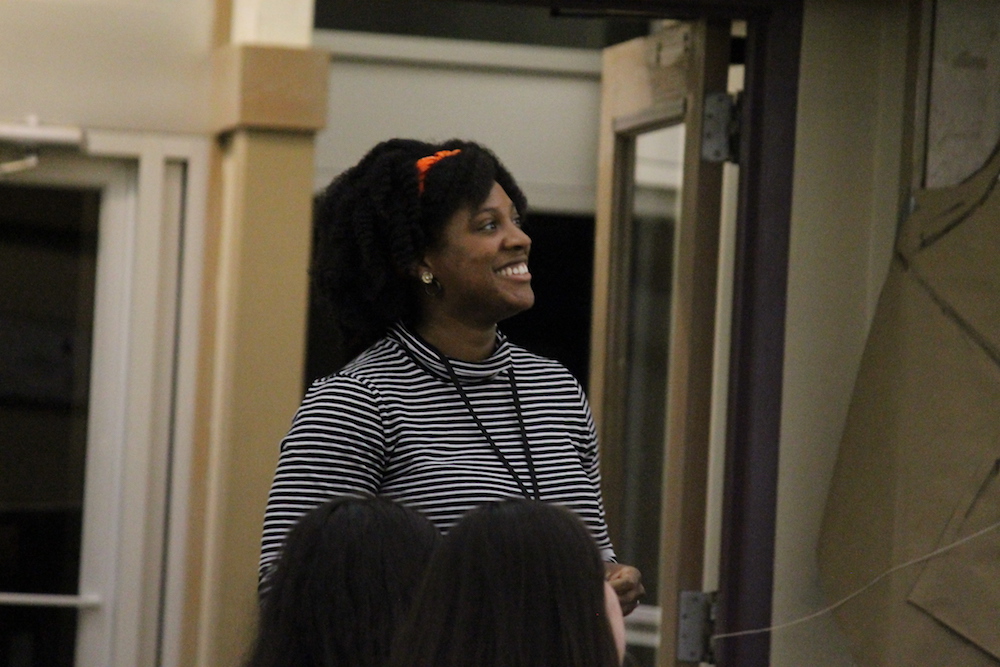 Diane Ford, another Campbell University graduate, discovered her passion for helping others at her first Sullivan Foundation Ignite Retreat.

Another former student who dared to create and innovate is Diane Ford, a 2017 Campbell University graduate. At her first Ignite Retreat, she recognized that her passion was helping others achieve their dreams. As president of the university’s Social Entrepreneurship Club, she developed Campbell SOUP alongside faculty sponsor Maynard, who was also a 2015-2016 Sullivan Faculty Fellow. The project entailed a $5-per-person fundraising soup dinner at which local entrepreneurs and nonprofit leaders took the stage to pitch project ideas and received helpful critiques from the audience.

Related: Diane Ford: From student to leader at Campbell University

One individual was awarded a cash grant for the winning idea, but everyone involved benefited, including Victoria Robinson, who pitched a life-coaching business in 2016 and whose company is thriving to this day. Student Justin Holmes also pitched a successful campus-based ride service.

“Students have an experience with a Sullivan event and feel so inspired by the experience that they want to bring it here,” Beam said, with their own rural or small-town communities reaping the benefits.

Beam said these experiences allow students to better identify and articulate their communities’ needs while also recognizing their assets. “It helps them think differently about their home communities that are rural and, in many ways, underserved and learn about that so they are better equipped to serve those communities,” she said.

The Social Entrepreneurship Club has served as a hub for developing that mindset campus-wide. In fact, student Chantella Crosby felt compelled to start the club after attending an Ignite Retreat as well as other Sullivan events. “That really was the genesis for the significant growth of Sullivan connections here at Campbell,” Beam said. The club has helped widen students’ attention beyond academic achievement, promoting widespread entrepreneurship and service. 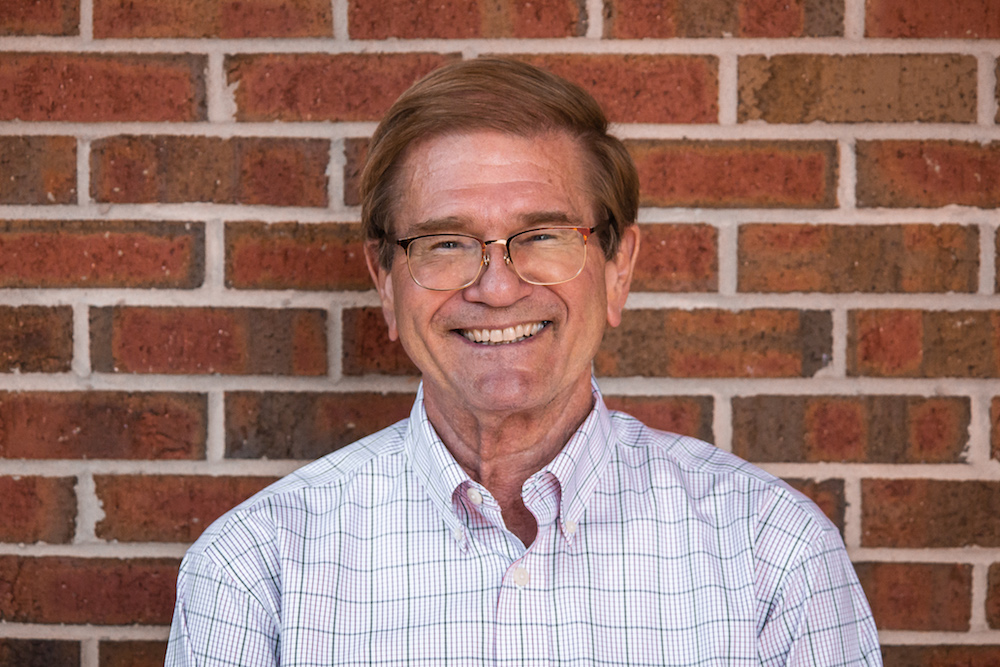 Dan Maynard is a past Sullivan Faculty Fellow and liaison between the Sullivan Foundation and Campbell University.

Maynard fondly remembers when Crosby returned from the Ignite Retreat, bouncing off the walls with excitement and wanting to form the Social Entrepreneurship Club. “We could change the world,” she told him.

That was the beginning of Maynard’s heavy involvement with the Sullivan Foundation— experiencing it first through the eyes of a student and becoming a Sullivan Faculty Fellow himself in 2015. “It was simple, but it was quite powerful,” he said of the Faculty Fellows program. “My understanding was we were supposed to support each other and become an internal network among collegiate faculty.”

“It’s important because the ramifications of working together—between the network schools and the Sullivan Foundation—toward projects that are bigger than any of us separately has a huge potential,” Maynard said.

Maynard’s own Faculty Fellow Project involved turning Campbell University into a Sullivan Foundation campus. He said it took longer than expected, but he is now seeing it come to full fruition.

Utilizing Sullivan’s Campus Catalyst Guide, he wanted to encourage students and faculty to function independently as agents of positive change, then come together in partnerships. Maynard began by spreading awareness across the campus, then collaborating with those expressing sincere interest in changemaking. “The thing I thought was so cool about it was that it actually worked,” he said.

Maynard said Campbell’s partnership with the Sullivan Foundation has change the school’s culture, including the creation of a social entrepreneurship minor that launched in the Lundy-Fetterman School of Business.

Meanwhile, other faculty members continue to focus on engaging their own communities to create positive change, Beam said. “It has been a great outlet for our faculty to invest in their passions.”