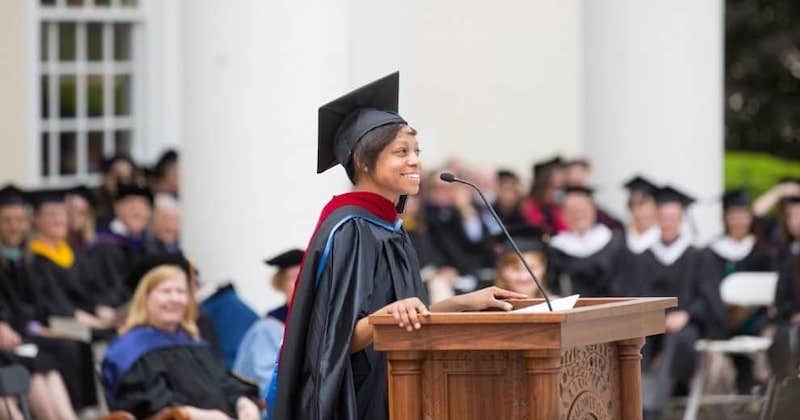 Christian Peele, an alumnus of Sullivan Foundation partner school Mary Baldwin University (MBU), will be returning to familiar environs when she joins the new Biden administration’s White House staff as deputy director of management and administration for personnel.

Peele, who graduated from MBU in 2005, previously served in two White House positions under President Obama: director of the White House Internship Program and deputy director for White House operations.

Most recently, she was deputy lead for operations in the Biden-Harris transition team. She also founded a consulting practice supporting operations for social impact organizations. And she has held roles as director of operations for Stop the Spread at ImpactAssets and as executive director of institutional advancement at the historic Riverside Church in New York City.

Originally from North Carolina, Peele came to MBU as part of the Program for the Exceptionally Gifted when she was just 14 years old. After graduating in 2005, she became the youngest person to earn a master of divinity degree from Duke Divinity School at age 20.

Related: Service is a top priority for students in Mary Baldwin University’s Program for the Exceptionally Gifted

After graduating from divinity school, Peele spent six years in ministry positions in Washington, D.C., an experience she has described as “deeply formational.”

“To this day, nearly everything about how I live into being a pastor bears the mark of what I learned and lived in that post-seminary season in the district,” she wrote in a 2017 essay for the Faith and Leadership website.

In the essay, she drew parallels between her ministry work with the progressive Church of the Saviour and her subsequent experiences in the Obama White House. “At first glance, the two couldn’t be more different,” she wrote. “The plots of ‘Touched by an Angel’ and ‘The West Wing’ have a lot in common—said no one ever. And while a church makes sense as a pastor’s training ground, the Eisenhower Executive Office Building feels like more of a stretch. Yet my experience of pastoral identity suggests that the things I learned in those two spaces are more connected than not.” 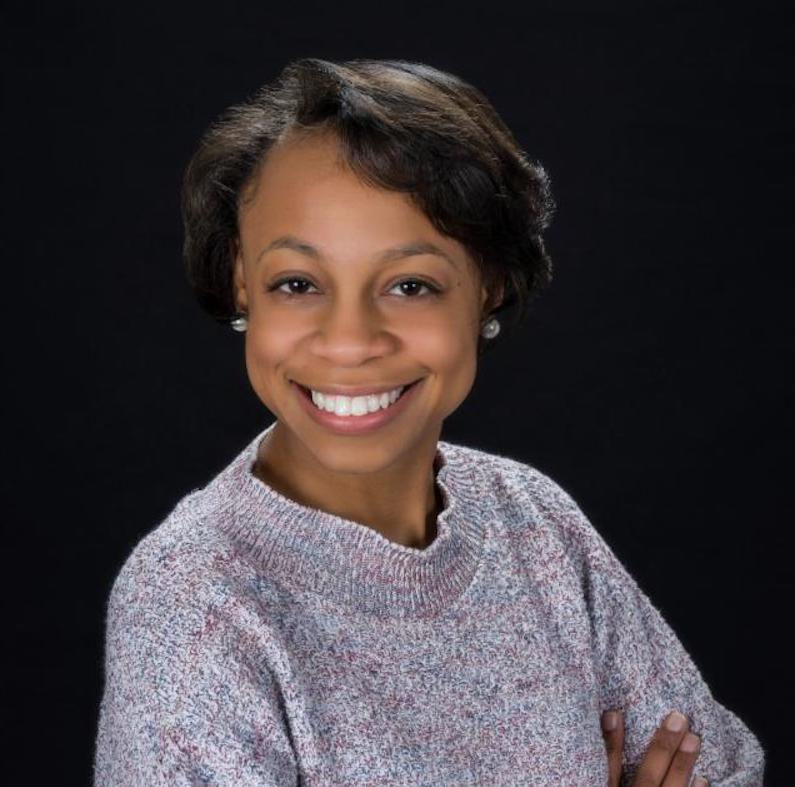 During her stint at the Church of the Saviour, she “had responsibilities for pastoral care, worship leadership and teaching in various ministries ranging from a hospice home that serves the poor to a coffee shop church called Potter’s House.”

“My day-to-day work tutored me well in a host of ministry how-tos, including a particular principle that the community holds dear and that still informs my work: journey inward, journey outward. That is to say, the journey of faith for myself and those I’m called to serve is cultivated, sustained and expressed within and outside ourselves; faith is the process of inward cultivation that leads to outward transformation, and one without the other is incomplete.”

Once in the Obama White House, she learned that “the quality (say, excellent or mediocre) and nature (say, intentional or ill-considered) of an organization’s operations always accurately reflects the organization’s values. The way budgets are built and talked about, the policies that shape staff culture, who sits where and in what kind of office, and how technology preserves or tears down silos all reveal organizational and even theological assumptions about power, access, hierarchy, inclusion and life together.”

At Riverside Church, Peele served in a senior clergy role and oversaw four operations-related departments, including finance and human resources.

“Living fully into the role requires that I do more than use my various skill sets as though they were mutually exclusive, sometimes using what I know about parish ministry and at other times using what I know about business,” she wrote in 2017. “That kind of code switching would assume that some skills are for pastoring and some skills are for management, when, in fact, all the parts of my training fold into one another to create a richer pastoral palette of approaches and ideas. 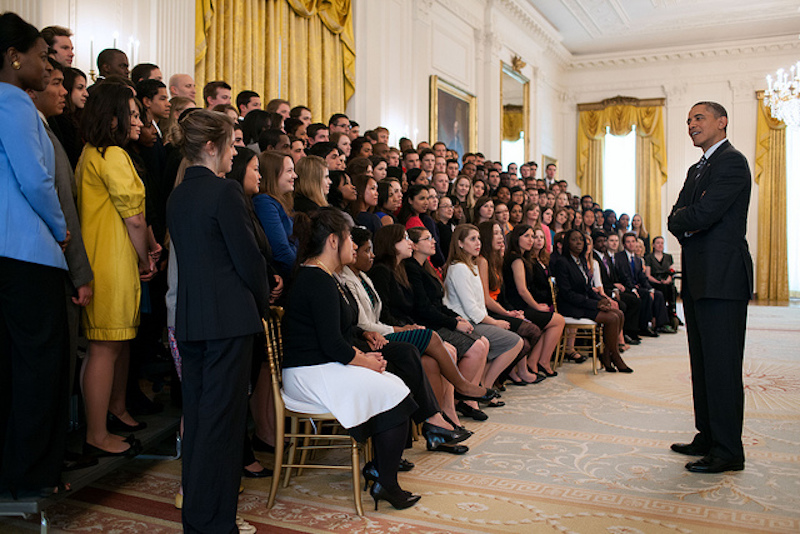 Christian Peele headed up the White House Internship Program under President Obama, who is shown here addressing the Spring 2012 class of interns.

“Taking seriously the fullness of my leadership training in those very different contexts means understanding that my work as a leader in operations is deeply pastoral. One of the outward expressions of a dynamic spiritual life, for me, is managing with excellence the operational systems of my very large church context so that they exemplify the values of our faith.”

Peele added, “There is no better classroom than the world around us, and a pastor’s ability to think creatively and critically across the lines of context only enriches the nature of call and fruit of the church.”

Returning to MBU in 2015 as the Commence keynote speaker, Peele encouraged graduates to live their lives with openness and perspective.

This article was adapted in part from a press release appearing on the Mary Baldwin University website.