Jared Belcher: Listen to Your “Enemies” to Better Understand Their Fears and Suffering 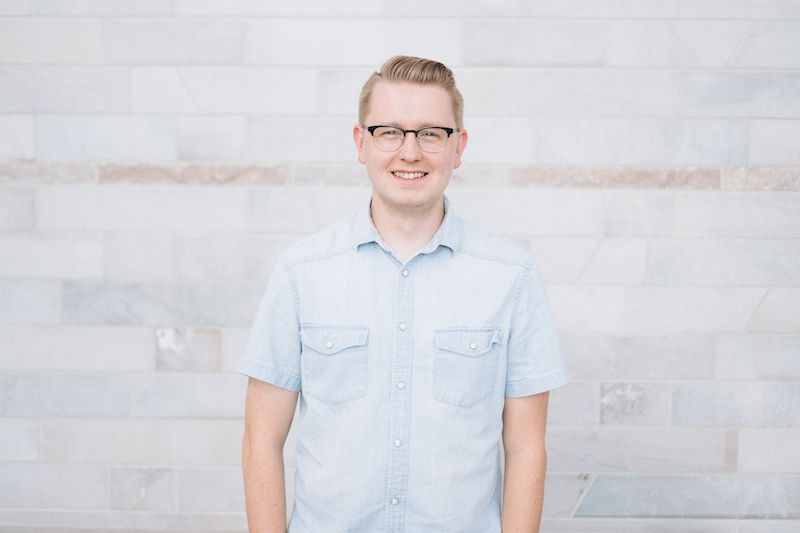 In an increasingly polarized America, Jared Belcher, a pastor at Arrowhead Church in Morristown, Tennessee, believes we need to listen to—and love—those we disagree with. Belcher, who received the Algernon Sydney Sullivan Award at Sullivan Foundation partner school Carson-Newman University in 2014, prays that we can create “an empathetic culture in which we respect our political and social ‘enemies’ and even go out of our way to help our opponents.” Here, he also talks about Asset Based Community Development, a model that encourages capitalizing on a community’s existing resources rather than relying on outside help.

What do you remember most about receiving the Sullivan award? Were you surprised?

Belcher: I was stunned! I had no idea there was even the slightest chance I might receive it, and my family and co-workers all snuck in the building to cheer when it happened. It was an incredible moment I’ll cherish forever. I cared deeply about my community and spent my free time in my undergrad years trying to help make our little town a better place, but I hadn’t really reflected on the impact—if anything, I felt I should be doing more. So, to be honored with this award was very moving.

Who nominated you for the Sullivan Award?

Belcher: I believe it was Will Brummet and Anya Piotrowski. They were running the Bonner Center at the time, and I had a great relationship with them both. They were such caring leaders, really the definition of servant leadership. They lived for community development and empowering the students on campus to be their best selves. They both have since moved to serve in other roles elsewhere, but we still interact on social media from time to time. They are wonderful people and I hope to sit down and catch up with them again soon.

Tell us about your career in the ministry.

Belcher: I work as a pastor at Arrowhead Church, and I focus primarily on organizational structure and communication. My faith is the foundation for any proclivity I have toward loving people well and making any kind of difference. It’s the method and motivation! So while I didn’t expect to eventually become a pastor when I won the award in 2014, looking back, it makes sense to me. As followers of Jesus, we are called to care for people’s spiritual and physical needs, and I’ve learned a lot about how to do that better along the way.

What sort of community service projects are you involved with right now?

Belcher: I’ve continued serving our local downtown revitalization effort, which was a primary reason I won the award in 2014. I served on the board of directors until the summer of 2020. Much of that time has been spent capturing our town’s story and publishing it online and social media. In early 2020, I made a documentary about our town’s history and vision for the future, for which we won an award from the East Tennessee Historic Society. It featured the wonderful men and women who are working so hard to bring life back to this historic place. Those are the kinds of projects I have been a part of for the last decade or so.

Belcher: I am deeply troubled by our lack of deference and forbearance—that is, putting others first, even those with whom we may disagree. We have so many social issues that need to be worked out: racism, income inequality, climate change, sexism, gentrification, and mega-corporations, just to name a few. As long as we do not work together and listen to one another, particularly people we disagree with, we will continue our march toward chaos and division.

My prayer is that, one day, we could have an empathetic culture in which we respect our political and social “enemies” and even go out of our way to help our opponents. That’s a radical idea in these times, and again, my view here is deeply influenced by my faith in Jesus. We’ll never agree on the best solution for any issue, but if we were to be more empathetic and listen more often, I think we would create a much more united nation and more solutions would be developed.

If pressed to give one piece of advice to younger people, what would you tell them? What have you learned as an adult that you wish you’d known earlier in life?

Belcher: I was very passionate in college, which is wonderful! But I was quick to develop a worldview and slow to listen to others. The world is very complicated, and there are no magic bullets in life. When you think about economic impact, often one solution develops many unforeseen problems. That doesn’t mean you should do nothing, but I wish I had been more honest about the complexity of even good progress.

So if I could go back to myself a decade ago, I’d tell myself to listen more seriously to opposing views and try to hear their suffering, their fears. Someone might be wrong, but that has nothing to do with how I ought to treat them, and it is likely that they are seeing something that I’m missing. I’d be stern and tell myself to develop my opinions on social issues, yes, but also with the knowledge that I will always have a limited perspective. You don’t know what you don’t know, so lose the arrogance! Be honest and fight for your beliefs, but quickly learn to love everybody always.

What is one thing you are most passionate about?

Belcher: That’s a hard question! These days, I am probably most passionate about my family. I now have a wife and a son. As we find ourselves frustrated by the brokenness of the world at large, we have also realized that the most impact we can make on the world is through our own family. Teaching our son to love and respect others has become a major goal for me. My wife cares for people so well (which is how we met in college), and she teaches me that the greatest impact I can have is one-on-one, when I invest time and care into another individual. So being her partner and raising our son is my greatest passion.

In terms of community passions, I am very interested in Asset Based Community Development. It’s a concept, several decades old, which says that, rather than looking at a community’s deficits and trying to pump resources in from outside to fix it, you take inventory of ways the community already adds value to itself and others. What is there already that could be harnessed for good? Over the last few years, I’ve become very intrigued by this model because it helps to celebrate what makes a community unique rather than replacing the community with something else, as we see in gentrification. When used appropriately, it can allow a community to lift its own quality of life and develop solutions from within, without being imposed upon or replaced. We have not deployed this model well here yet, not to the degree that would really help, but that might change soon!