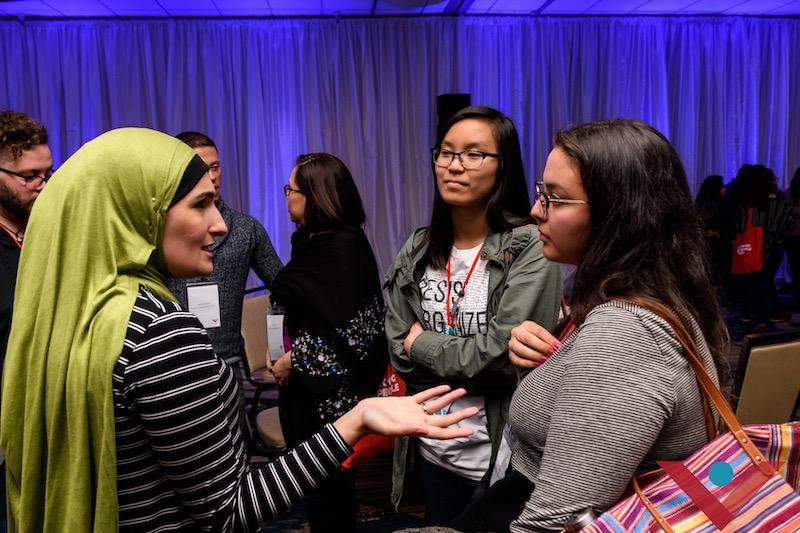 As a Rollins College senior, Luz “Gaby” Cabrera spent her study breaks learning how to drive one of the school’s buses. All of those brake checks and laps were not meant to fulfill a personal bucket list, but, rather, to enable her classmates to participate in global citizenship. A march was being organized in St. Petersburg, Fla., by the Coalition of Immokalee Workers, a human rights organization working against human trafficking and gender-based violence at work.

Cabrera had been asked to find a group of students wanting to join the march. “There was a tendency to just be insulated in your club or campus,” she said. She wanted to change that attitude.

The problem was, she couldn’t find a professor or staff member with the credentials to drive the bus for the two-hour journey. So Cabrera took bus-driving lessons herself, making sure the school’s paperwork requirements could be fulfilled for the trip to St. Pete. “I remember that day [of the trip]—once it was over, I had so much tension in my shoulders from holding the steering wheel tight,” she said. “It was kind of scary, but it was a good time.”

This gesture of humility and service offers perfect evidence of Cabrera’s passion for changemaking. To build a better world, she knows it is important to get involved and contribute in any way possible. “Even if we are educated on these issues, we still need to go out there, get our hands in, and work next to others,” she said. “We can’t be insulated. If we continually boast about being global citizens, we have to be part of the world and our communities to actually know what we’re talking about.” 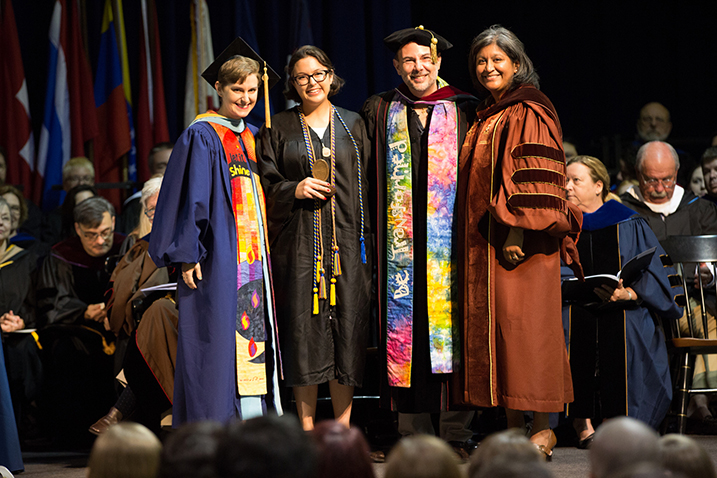 Luz Cabrera (second from left) received the Sullivan Award at Rollins College in 2015.

Months later, as Cabrera looked on at her senior award ceremony at Rollins, that bus-driving crash-course was listed among her credentials for receiving the 2015 Algernon Sydney Sullivan Award. When the speaker reeled off the recipient’s accomplishments and Cabrera realized they were talking about her, she thought “Oh, no!” As it turns out, she had never told her mom specifically who drove the bus to the march. (That revelation led to quite a conversation after the ceremony.) Cabrera recalls being so shocked to receive the award that she struggled to get out of her seat when her name was called. Her robes, unfortunately, had gotten stuck in her chair, and two professors were sent to help her stand up.

“The Sullivan Award is something that I’m really appreciative of, and I always return to that as an affirmation that I’ve been on the right track,” she said.

“A Universal Thing”
As an undergraduate at Rollins College, Cabrera became the Latin American Student Association president in her sophomore year. She volunteered with the Apopka Hope Community Center and the Coalition for Immokalee Workers. She was active in the feminist organizations Voices 4 Women and Students Against Sexual Assault, creating workshops to encourage individuals to actively fight sexual assault and to promote healing. She was also the student advisor for Rollins’ Diversity Council and one of just 150 U.S. college students selected to join the leadership and mentoring program Young People For, a social justice incubator for young adults.

After changing her major several times, she eventually settled on a double major in psychology and religious studies with a minor in sexuality, women’s and gender studies. She chose psychology as a practical way of helping people. Religious studies, meanwhile, became a passion for Cabrera after taking a few courses. “It’s a universal thing, whether or not you’re religious,” she said. “It permeates all cultures.”

As for her minor, Cabrera said she has always pondered gender disparities. “I don’t think I had the proper language to identify it back then,” she said. “But my courses really taught me how to look at the world in a different way.” 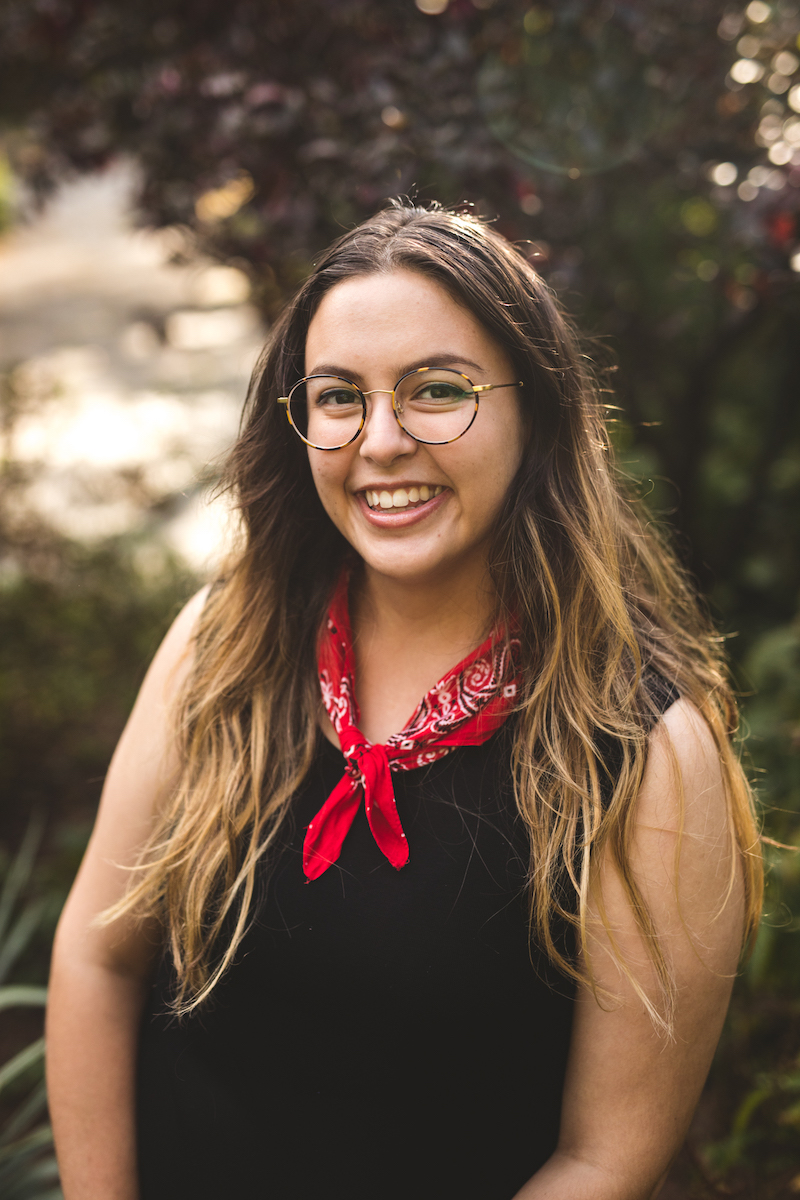 Cabrera has always found herself in conversations with people desiring change. From these conversations, she has become passionate about actually doing something with the ideas that crop up, finding ways to turn thought into effective action.

She serves on the Alumni Council at Young People For because, she said, “Young people are the future.” She added, “I just want everyone to be empowered and to know how they can be the most wonderful, integrated member of their community. There’s a strong sense of being in our isolated little pods when we all need to be coming together.”

Since Young People For influenced her trajectory in college, Cabrera finds it imperative to give back to the organization. She works to empower individuals with skills based around their interests. For instance, if someone is passionate about education, she aims to teach them the school system’s structure and how they can gradually gain a voice in it.

“Get ready for the marathon,” she is known for saying. “It’s not a race. It’s not going to change overnight. It’s about consistently chipping away at whatever it is you want to change. People want change immediately, but you have to look at the environment, context and history to move forward.”

As part of her commitment to give community members an opportunity to work towards real social change, Cabrera also volunteers as a poll clerk.

Related: How Amanda Arseneau jumped off the corporate ladder and found true success with My Little Pony 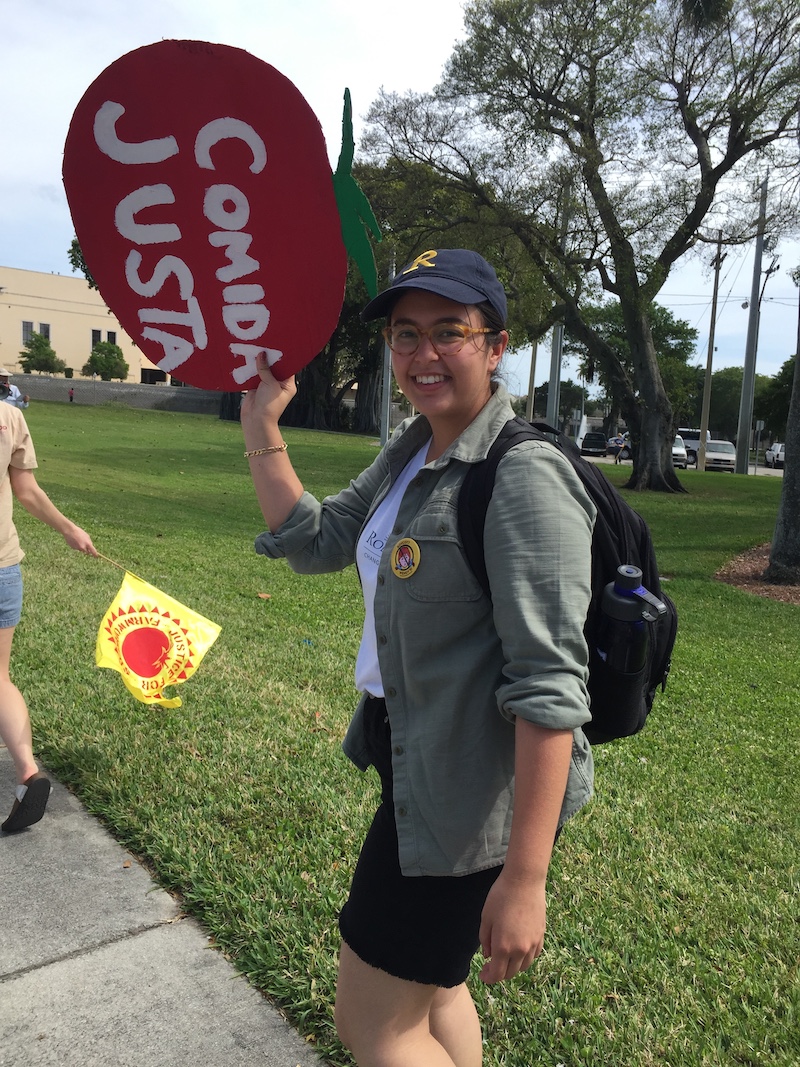 Cabrera took part in a Fair Food Program event for the Coalition of Immokalee workers in 2016.

Cabrera was born in Guanajuato, Mexico, and at age seven immigrated to Central Florida with her mom. “It has definitely been quite the experience, from learning a brand-new language to navigating the social norms,” she said. One of the biggest shocks was learning the different role of grandparents, as she was used to living with hers and tried to wrap her mind around the concept of retirement homes in the U.S.

Most of Cabrera’s family received only a high school education. “I don’t take my opportunities lightly,” she said. “My life is definitely representative of all the sacrifices [family supporters] have made along the way. It definitely gives me a lot of appreciation for everything that’s available to me right now. It has given me a lot of resolve and inspiration.”

After graduation, Cabrera continued her education, returning to Rollins College to work towards an M.A. in applied behavior analysis and clinical science. She recognized the applicability of behavioral analysis beyond patient care, and she continues to explore how the field can be applied and synthesized across disciplines.

She now works as an executive assistant and board-certified behavioral analyst (BCBA) in Orlando. “It was an interesting field to get into because there was what I felt to be a good synthesis between research and hands-on applicability,” Cabrera said. “It’s an effective lens to view the world, which enables me to understand the patterns to make changes to improve conditions.”

In fact, Cabrera believes her life and opportunities would look quite different if she still lived in Mexico. These disparities, Cabrera said, stem from educational access and social mobility. She views education as a way to open doors worldwide. “It helped me see the interconnectedness of a lot of issues.”

Many have told Cabrera that she needs to focus on becoming self-sufficient and caring for herself before helping others in an “individualistic raise-yourself-by-the-bootstraps fashion.” But she doesn’t buy that. There is no better time than the present to begin advocating for noble causes, she believes. “If we help each other, that’s how we can move forward and not leave anyone behind,” she said.