Lit Up and On Fire: Wofford College and Sullivan Foundation Create “Transformative” Experiences


Born in rural Spartanburg, S.C. in 1780, Methodist minister Rev. Benjamin Wofford sought to widen his little town’s horizons, focusing on investments in finance and manufacturing.  But Wofford knew that true success for his community hinged on higher education. So, when he died in 1850, he bequeathed $100,000—a considerable fortune in that era—to “establish a college of literacy, classical and scientific education” in his hometown.

It was one of the most significant financial contributions to U.S. higher education prior to the Civil War. And for 62 years, the Sullivan Foundation has collaborated with Wofford College to carry out the reverend’s vision of a stellar educational institution that strengthens the entire region.

“Sullivan and Wofford overlap in so many ways,” said Tyler Senecal, director of Wofford’s Office of Entrepreneurship and Innovation. “They put people first when they’re solving problems. A lot of the ideologies overlap around community development and the importance of being good stewards to people and the planet.”

The Epitome of Integrity and Service

Wofford College is one of a handful of American colleges to operate continuously through and beyond the Civil War. Committed to fulfilling Rev. Wofford’s dream, the citizens of Spartanburg saluted his generosity on July 4, 1851, as 4,000 gathered on the ridge overlooking the local courthouse. The future Methodist Bishop William Wightman, a distinguished professor and journalist and chair of the college’s board of trustees, gave the keynote address while local masons laid the first cornerstone for the campus.

In his address, Wightman said the college would not pattern itself after the South’s then-elitist public universities or the narrowly sectarian colleges sponsored by other Christian denominations. Rather, he noted, “It is impossible to conceive of greater benefits—to the individual or to society—than those embraced in the gift of a liberal education, combining moral principle … with the enlightened and cultivated understanding which is the product of thorough scholarship.”

That momentous occasion was followed by the construction of the president’s home, four faculty homes and the Main Building, now praised for its Tuscan Villa architecture. The campus opened in 1854, serving just three faculty members and seven students. Wofford College now has 67 majors, minors and programs, including numerous graduate and professional tracks through the health and legal professions.

In 1996, Wofford President Joab Lesene Jr. approached the Sullivan Foundation with a request for a grant for scholarships to be given to students with a demonstrated financial need. These scholarships have increased the ability of out-of-state students, not typically eligible for state aid, to attend Wofford, enhancing the school’s mission to grow diversity in the geographic makeup of its student body.

“[Our] association with Sullivan is sort of the epitome of integrity and service to humanity and all that’s good and right in the world,” said Jessalyn Story, director of Wofford’s Center for Community-Based Learning. 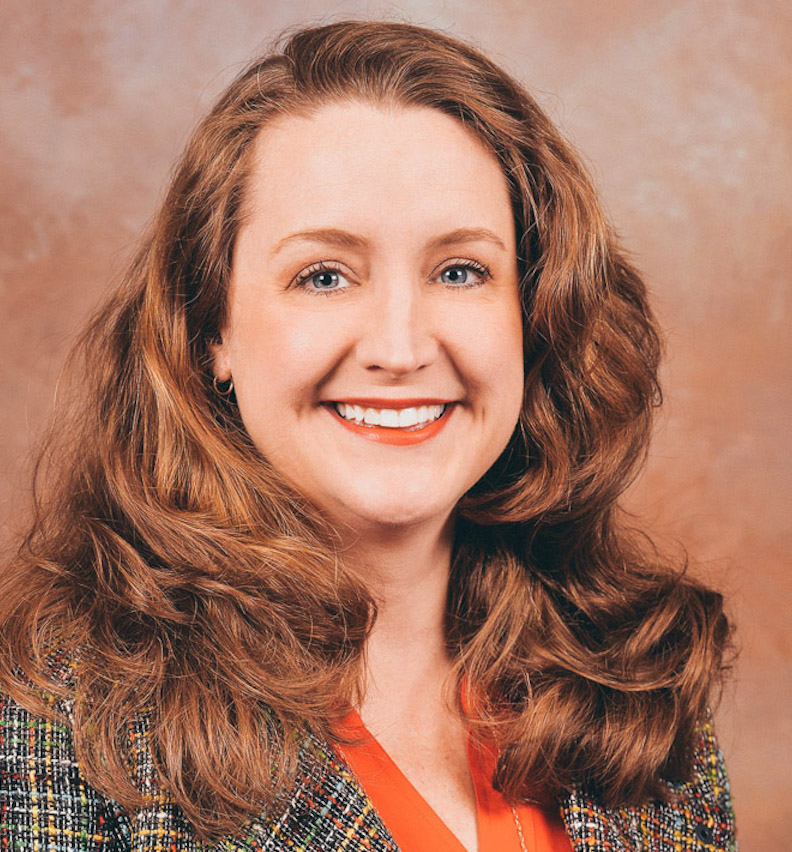 Lit Up and On Fire

Beyond awards and scholarships, the Sullivan Foundation has partnered with Wofford College to promote social entrepreneurship and innovation in the Spartanburg and campus communities.

Story has traveled with Wofford students to the Sullivan Foundation’s twice-yearly Ignite Retreats in North Carolina and said she finds the events to be transformative. “The students not only learn to be successful social entrepreneurs, but also about their processes and the ways they think about things,” she said.

One Ignite Retreat featured Jane Leu, a social entrepreneur and founder/CEO of Upwardly Global, which supports immigrants and refugees who want to contribute vital skills to the U.S. workforce. At the event, Leu discussed mapping systems and removing barriers in the workplace. “That has stayed with me ever since,” Story said.

Senecal and Story encourage Wofford students to attend the Ignite Retreats to supplement their academic learning and said they often come back eager to pursue their own social impact businesses. But Story said she learned just as much as the students at her first retreat. “Honestly, I think it was [even] more impactful for me, but they were lit up and on fire for it, too,” Story added.

Converse College, another Sullivan Foundation partner school in Spartanburg, sends students to Sullivan events alongside Wofford’s students. Story witnessed her students developing partnerships with their peers from Converse, working together to serve the same community. “It was like a proud-mom moment for me because the students stood up, went over and introduced themselves,” she recalled. 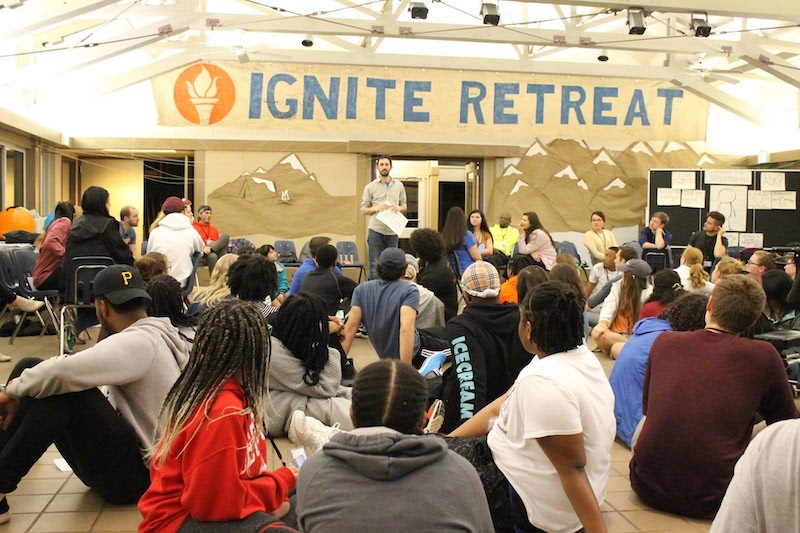 Spud Marshall kicks off an Ignite Retreat for aspiring changemakers from Wofford College and other colleges and universities around the American South.

Returning from the Ignite Retreat trip, Wofford and Converse attendees organized a symposium for their fellow students and community partners. Molly Barker, founder of Girls on the Run, a social venture in Charlotte, N.C., joined the symposium to help the participants map out and solve local issues.

Story said she’s grateful that the Sullivan Foundation upholds the principles her scholars aspire to live by. The foundation’s programming, she said, helps students become the people they want to be and gives “added support and recognition in that striving.”

Senecal emphasized that college faculty derive similar benefits from the foundation. He was a Sullivan Faculty Fellow for Social Innovation and Entrepreneurship from 2018 to 2020. During this time, he developed a course that took 19 students to Tanzania to learn from social innovators and entrepreneurs working to provide aid to that country and surrounding areas in sub-Saharan Africa. “It was impactful and transformational,” Senecal said.

“The fellowship allowed me the opportunity to get feedback from faculty and staff at all of the partner institutions, which was a phenomenal asset and resource to be able to partake in,” Senecal added. “They shared knowledge from years and years of experience, people who are really experts and leaders in social entrepreneurship and innovation.” 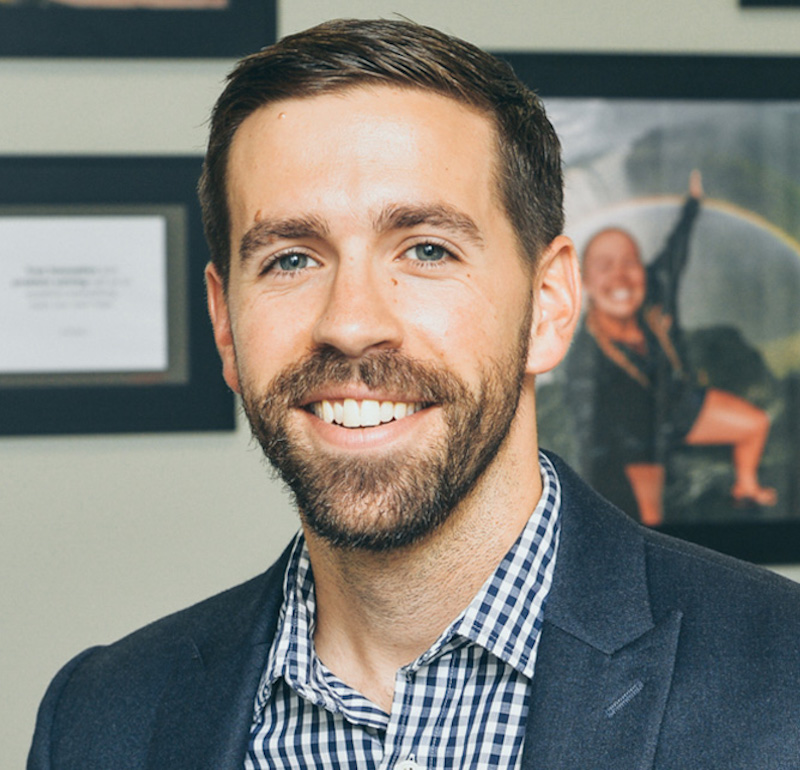 Additionally, Wofford houses the Bonner Scholars Program, a CCBL-led initiative for students who want to make an impact beyond the classroom. Wofford also offers collaborative student-faculty projects during the summers, while faculty make sure to embed community engagement in their courses.

Meanwhile, the Office of Entrepreneurship and Innovation (OEI) offers an avenue for students who want to do meaningful work through business ownership. “We believe entrepreneurship is the way to solve the toughest challenges … we’re dealing with,” Senecal said. “It is sustainably improving the world through innovative ventures.” 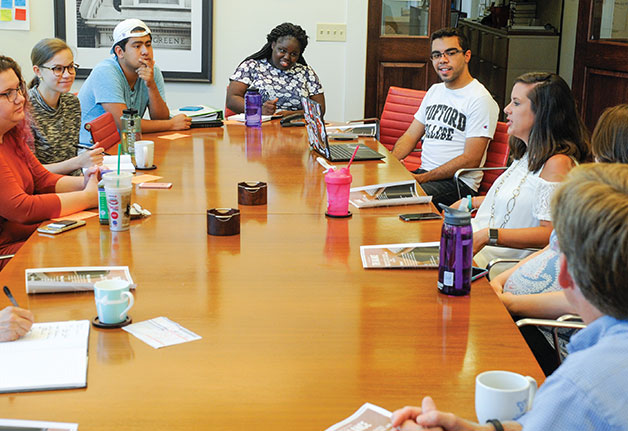 In this 2017 photo, Wofford College students work on their Entrepreneurial Thinking Certificate at The Space at the Mungo Center.

Senecal leads students in their quest to understand complex problems, develop a bias towards action, and learn perseverance and adaptability. “Equipping our students with the abilities to be innovative leaders is how we can make the most profound impact,” he said.

The OEI offers co-curricular programming built upon the belief that students learn by creating and launching ventures on their own. From watching these young changemakers in action, Senecal has learned that “anyone can make an impact.”

“We are preparing superior students for meaningful lives as citizens, leaders and scholars,” Story said. “I think that aligns very tightly with Sullivan. We’re both trying to prepare people for lives of meaning and service.”